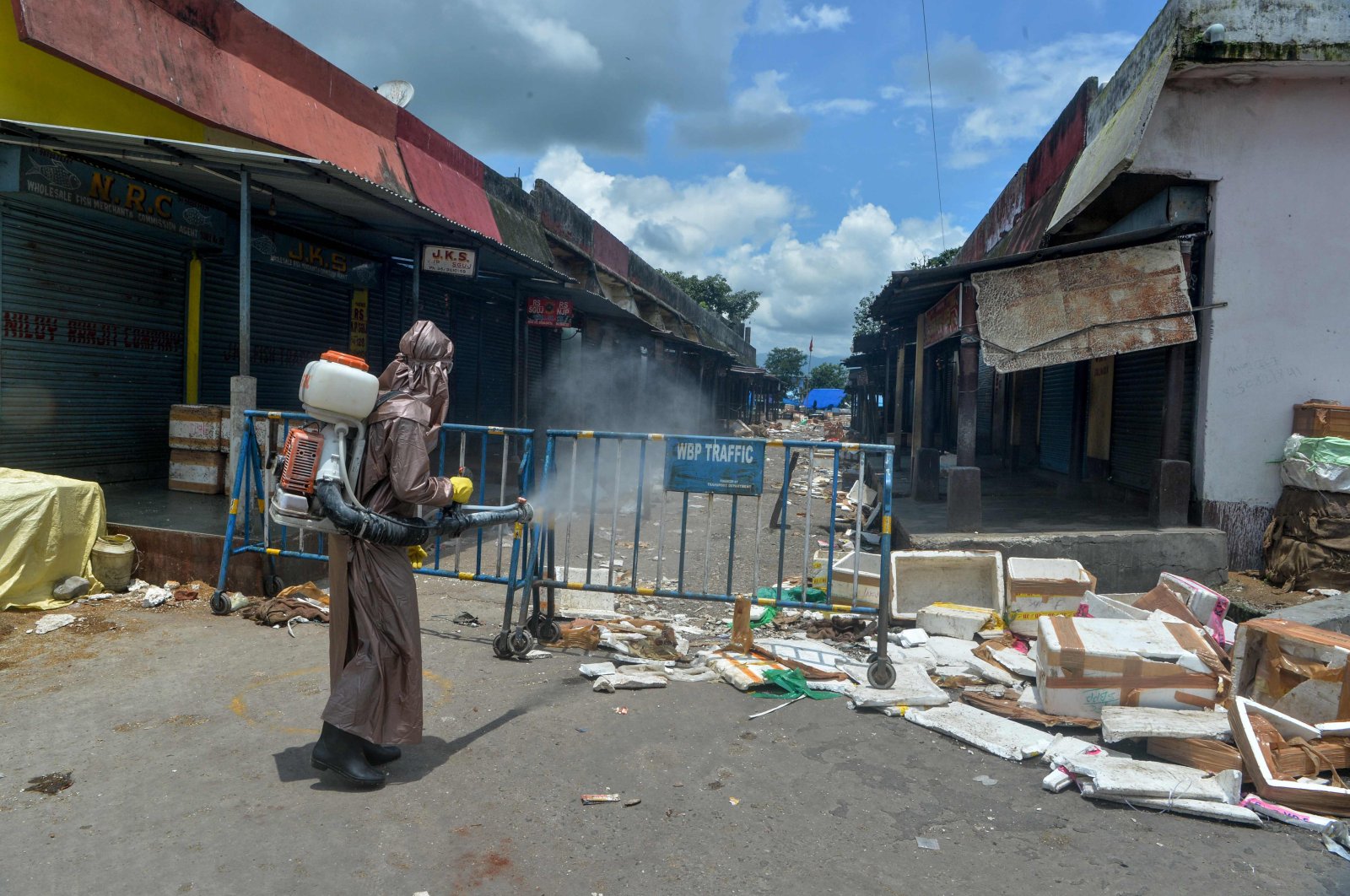 India’s coronavirus caseload has become the fourth-highest in the world, overtaking Britain, as fears in South Asia that the COVID-19 pandemic may not be under control persist in the face of a rising number of infections.

Anxious to revive the economy after a nearly 70-day lockdown, the government this week opened most public transport, offices and malls, even though health officials said the country was weeks away from flattening the curve of infections.

The government is reporting almost 10,000 new confirmed cases every day with infections now totaling almost 300,000, including 8,500 deaths. Coronavirus fatalities in New Delhi, however, are almost twice as high as official figures show, a city leader said. Citing data from the city's busy crematoriums and cemeteries, he said Thursday that just over 2,000 people have died from the virus across the city, almost twice the official toll.

Despite the surge in cases nationally, which is being mirrored elsewhere in South Asia, Prime Minister Narendra Modi's government has declared the lockdown a success and has been steadily lifting restrictions.

India's two-month lockdown kept transmission low but in a large population of 1.3 billion, people remain susceptible and the campaign against the virus is likely to go on for months, Balram Bhargava, director-general of the Indian Council of Medical Research, said.

The lockdown was imposed nationwide late March but has eased since, and it is now largely being enforced in high-risk areas. The spiking caseload came after India allowed the reopening of shops, shopping malls, manufacturing and religious places. Subways, schools, colleges and movie halls, however, remain shuttered nationwide.

Mumbai, New Delhi and Chennai are the worst-hit cities in the country, and Bhargava said urban residents have a greater chance of contracting the virus. Financial capital Mumbai is officially India's worst-affected city with almost 2,000 fatalities. Parts of the Dharavi area in Mumbai, one of Asia's largest slums, have been under strict monthslong lockdown.

The number of new cases has been easing, with only 20 new infections confirmed Friday. The death toll in the southern city of Chennai is at least 460, more than double the official figure, media reports said this week. Infections in rural areas have surged, however, after migrant workers who left cities and towns after they lost jobs returned to their hometowns.

India's number of confirmed cases is behind only the U.S., Brazil and Russia. The global surge in coronavirus cases is derailing efforts by governments to reopen economies and ease lockdown restrictions. In South Asia, new cases have surged in Pakistan since the government lifted lockdowns on May 9 citing economic pressure.

It has reported a record number of new infections since early June, also partly due to increased testing. Of 23,000 daily tests, more than one in five have been positive over the last 10 days. Before the lockdown was lifted, the number of positive tests was approximately 1 in 10, government statistics show.

The U.S., which has the world's highest number of deaths and infections, saw cases surge past 2 million.

The virus and the lockdowns have caused a spike in U.S. unemployment, with 44.2 million forced out of jobs since mid-March, and wreaked havoc on the world economy.

Treasury Secretary Steven Mnuchin said the U.S. economy would reopen even if there was a second wave of infections, as Wall Street stocks nosedived in the worst session since March.