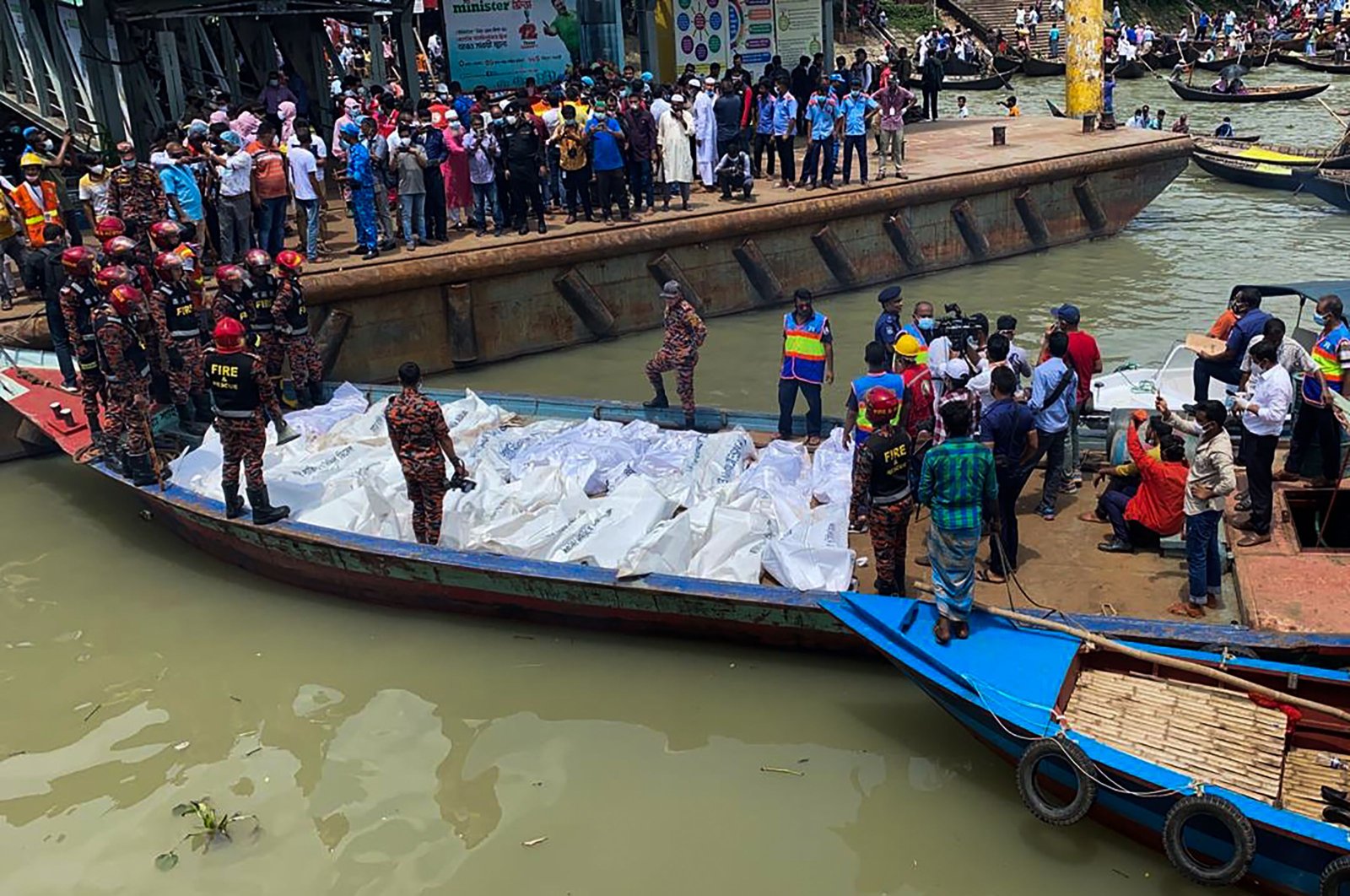 A ferry carrying around 100 passengers capsized after being hit Monday by a larger vessel in a Bangladeshi river, killing at least 28 people, officials said.

It wasn’t clear how many people were able to swim to safety or were still missing.

Rescuers including firefighters and coast guard and navy personnel were continuing to search the river, said Debashish Bardhan, deputy director of the Fire Service and Civil Defense.

Rozina Islam, a fire department official, said 28 bodies had been recovered by Monday afternoon. Three children and six women were among the victims, she said.

She said the Morning Bird ferry was traveling on the Buriganga River to the capital, Dhaka, from neighboring Munshiganj district when it was hit by the larger ferry near Shyambazar and capsized. The second ferry left the scene after the accident, she said.

Hundreds of people die each year in ferry accidents in Bangladesh, a low-lying country that has extensive inland waterways but slack safety standards.

Ferry accidents are common in the country. The ferries are often overcrowded and sink in bad weather.