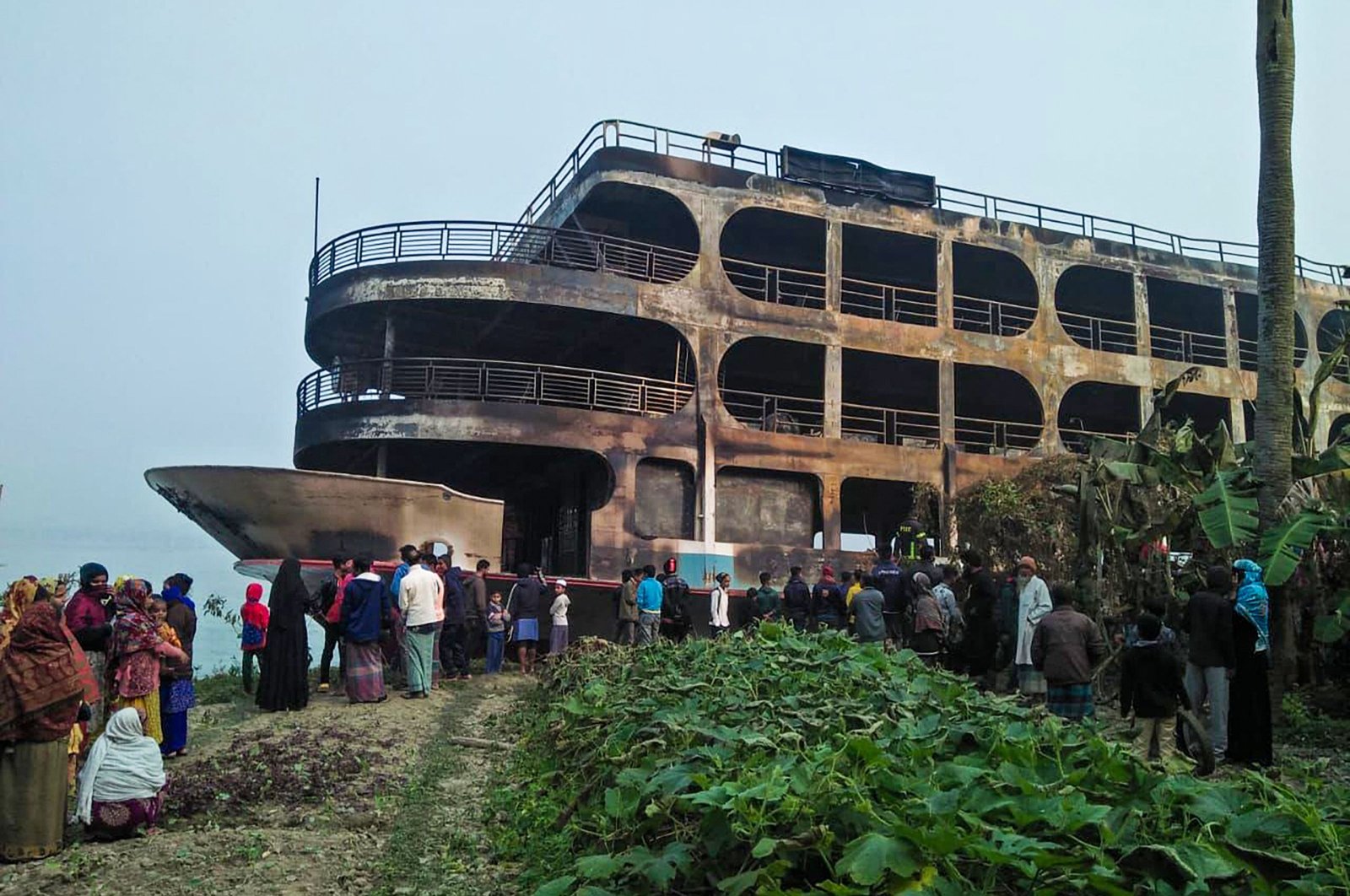 A massive fire swept through a river ferry in southern Bangladesh early Friday, leaving at least 39 dead and 72 injured, as passengers jumped off the vessel and swam to the shore, officials said.

The blaze broke out around 3 a.m. Friday on the MV Avijan-10 off the coast of Jhalokati district on the Sugandha River, they said.

Fire officer Kamal Uddin Bhuiyan, who led the rescue operation, said the fire may have started in the engine room. He said 15 fire engines took nearly two hours to control the blaze.

The ferry was brought to the shore after the fire was extinguished, and the fire engines spent eight more hours cooling it, he said.

The ferry was traveling from Dhaka, the capital, to Barguna, about 250 kilometers (155 miles) to the south. Fire officer Fazlul Haque said it was packed with passengers because many were returning to their homes to spend the weekend with their families and friends.

He said rescuers recovered 39 bodies. All of the 72 injured passengers were hospitalized, including seven with severe burns who were taken to a Dhaka hospital in critical condition.

As the fire ripped through the crowded ferry, many passengers jumped into the river to escape the flames.

"I was sleeping on the deck and woke up hearing screams and a loud noise. To my utter shock, I saw thick smoke coming out from the back of the ferry. I jumped into the freezing water of the river in the thick fog like many other passengers and swam to the riverbank," a survivor, Anisur Rahman, told reporters.

The government set up two committees to investigate the fire and ordered them to report their findings in three days.

Ferry accidents are common and are often blamed on overcrowding and lax rules in Bangladesh, which is crisscrossed by about 130 rivers. Ferries are a leading means of transportation, especially in the southern and northeastern regions.

In April, 25 people died after a ferry collided with another vessel and capsized outside Dhaka.