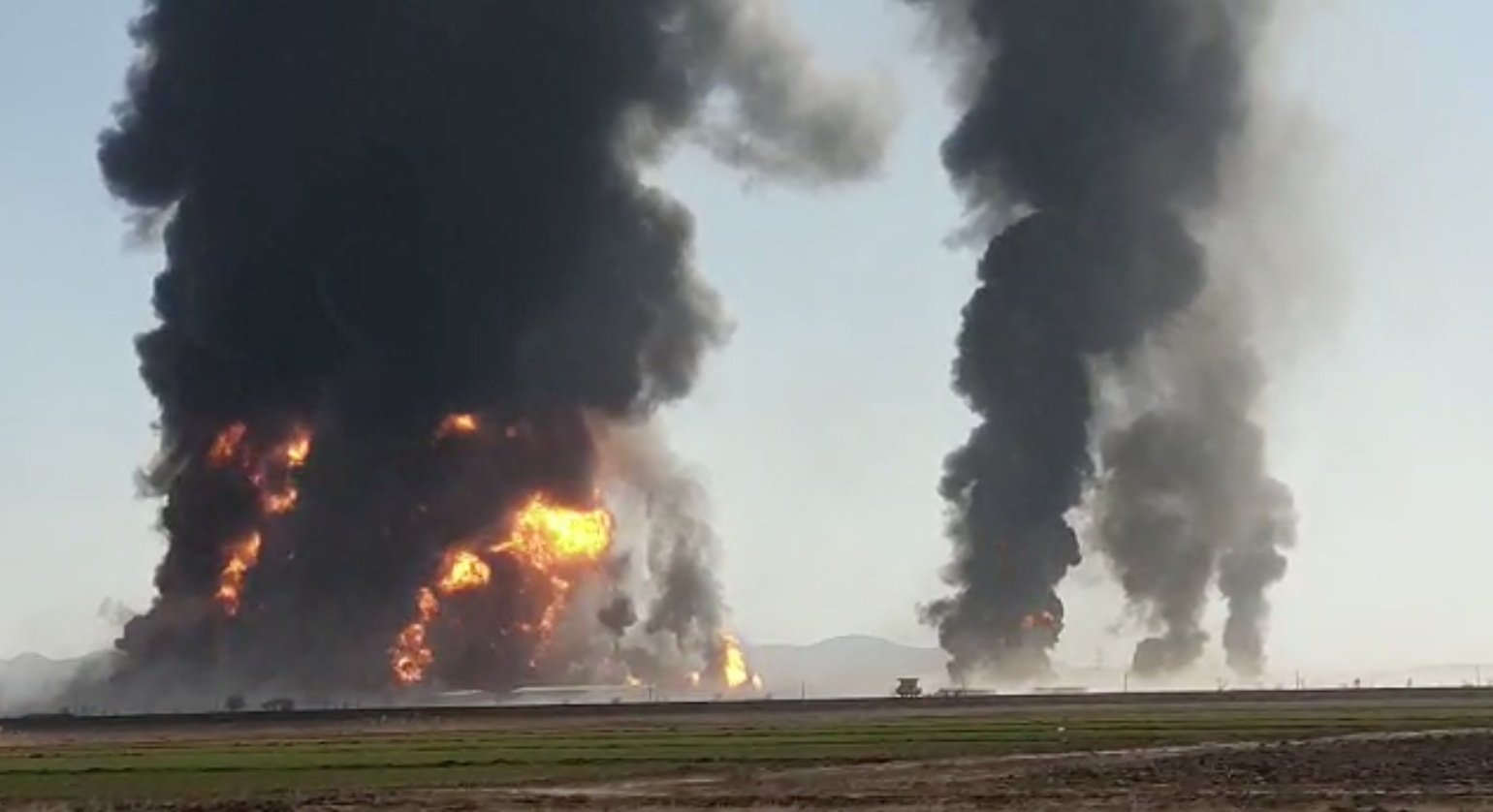 A massive blast and subsequent fire Saturday at a customs outpost in western Afghanistan on the border with Iran left more than 60 people injured and destroyed hundreds of trucks.

A fuel tanker exploded at the Islam Qala crossing in Afghanistan's western Herat province causing a massive fire that consumed more than 500 trucks carrying natural gas and fuel, according to Afghan officials and Iranian state media.

It wasn’t immediately clear what caused the blast. Wahid Qatali, Herat’s provincial governor, said Afghan first responders did not have the means to put out the huge fire and had requested support from Iran in the form of fire-fighting aircraft.

"For the time being, we can’t even talk about the casualties,” Qatali told The Associated Press (AP).

Rescue workers and Afghan security forces moved hundreds of fuel and gas tankers from the area, while the international Resolute Support Mission was contacted with a request to provide aerial firefighting assistance, Qatali was quoted as saying by Reuters.

The intensity of the flames meant ambulances were having trouble reaching the wounded or getting close to the site of the blast, said Mohammad Rafiq Shirzy, spokesperson for the regional hospital in Herat's provincial capital, also named Herat.

Seven people injured by the fire have been admitted to the hospital so far, he said.

A Western official monitoring the situation told Reuters at least 60 people had been injured so far. Afghan officials gave a lower casualty toll but said that number could rise.

"It's not known whether the drivers were able to escape or not. The blaze has not been contained yet and exact information is not available," he said.

The fire continued to burn after nightfall, and forced Afghanistan to shut down its electrical supply from Iran, said Wahidullah Tawhidi, spokesperson for the Ministry of Power Supply. Tawhidi said 100 megawatts (MW) of electricity imported from Iran to Herat province had been disconnected because two pylons had burned down. He said 60% of Herat, one of Afghanistan's largest provinces, was without power.

Younus Qazizada, the head of the Herat Chamber of Commerce and Industries, told Reuters the blaze had caused millions of dollars in damage.

"Preliminary investigations show that more than $50 million of damage has been caused by the fire so far," he said.

The road between the city of Herat and Islam Qala is a dangerous stretch of highway that Afghans rarely travel at night for fear of attacks by criminal gangs. Taliban insurgents also travel freely in the area. Afghan security services had set up checkpoints and were assisting ambulances and emergency vehicles traveling to and from the border crossing.

Iran's state-run IRNA news agency reported that following the request from Herat's governor, Iranian "rescue forces and fire fighters are underway to extinguish the fire inside Afghanistan," according to Mohsen Nejat, director-general of crisis management in Iran's Khorasan Razavi province.

The fire spread to the Dogharoon customs facilities on the Iranian side and first responders – including the fire department, the Iranian army and border forces – were assisting in extinguishing the blaze, according to Iranian state television. Trucks carrying natural gas and fuel were directed to leave the scene.

The Islam Qala border crossing is around 120 kilometers (75 miles) west of the city of Herat. It is a major transit route between Afghanistan and Iran.

The United States allows Afghanistan to import fuel and oil from Iran as part of a special concession that exempts Kabul from U.S. sanctions against Iran. Satellite photos taken Saturday before the explosion showed dozens of tankers parked at the border crossing.