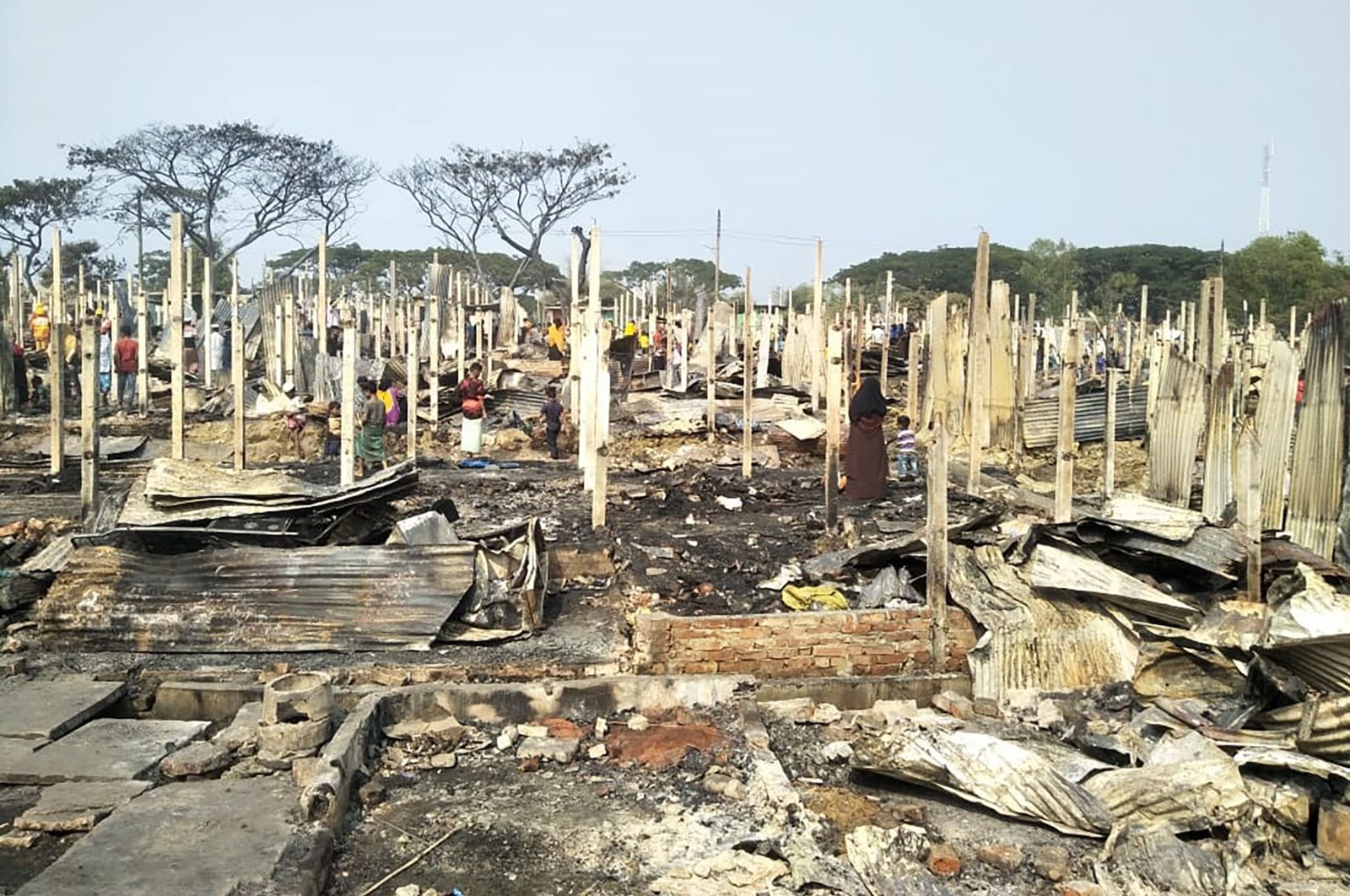 Rohingya refugees search for their belongings following a fire that broke out at Nayapara refugee camp in Teknaf on Jan. 14, 2021. (AFP Photo)
by REUTERS Jan 14, 2021 3:15 pm
RECOMMENDED

A huge fire swept through the Rohingya refugee camps in southern Bangladesh in the early hours of Thursday, the United Nations said, destroying homes belonging to thousands of people.

The U.N. Refugee Agency (UNHCR) said more than 550 shelters home to around 3,500 people were either totally or partially destroyed in the blaze, as well as 150 shops and a facility belonging to a nonprofit organization.

Photographs and video provided to Reuters by a Rohingya refugee in Nayapara Camp showed families including children, sifting through charred corrugated iron sheets to see if they could salvage anything from their still smoldering homes. But little remained of the camp, which had stood for decades, aside from concrete poles and the husks of a few trees.

"E block is completely burned down," said the refugee, Mohammed Arakani. "There is nothing left. There was nothing saved. Everything is burned down."

UNHCR said it was providing shelter, materials, winter clothes, hot meals and medical care for the refugees displaced from the camp in the Cox's Bazar district, a sliver of land bordering Myanmar in southeastern Bangladesh.

"Security experts are liaising with the authorities to investigate on the cause of fire," the agency said, adding that no casualties were reported.

Onno van Manen, Save the Children's Country Director in Bangladesh, called the fire "another devastating blow for the Rohingya people who have endured unspeakable hardship for years".

Mohammed Shamsud Douza, the deputy Bangladesh government official in charge of refugees, said the fire service spent two hours putting out the blaze, but was hampered by the explosion of gas cylinders inside homes.

The Bangladesh government has moved several thousand Rohingya to a remote island in recent weeks, despite protests from human rights groups who say some of the relocations were forced, allegations denied by authorities.

More than a million Rohingya live in the mainland camps in southern Bangladesh, the vast majority having fled Myanmar in 2017 from a military-led crackdown that U.N investigators said was executed with "genocidal intent", charges Myanmar denies.

The fire destroyed part of a camp inhabited by Rohingya who fled Myanmar after an earlier military campaign, according to refugees.