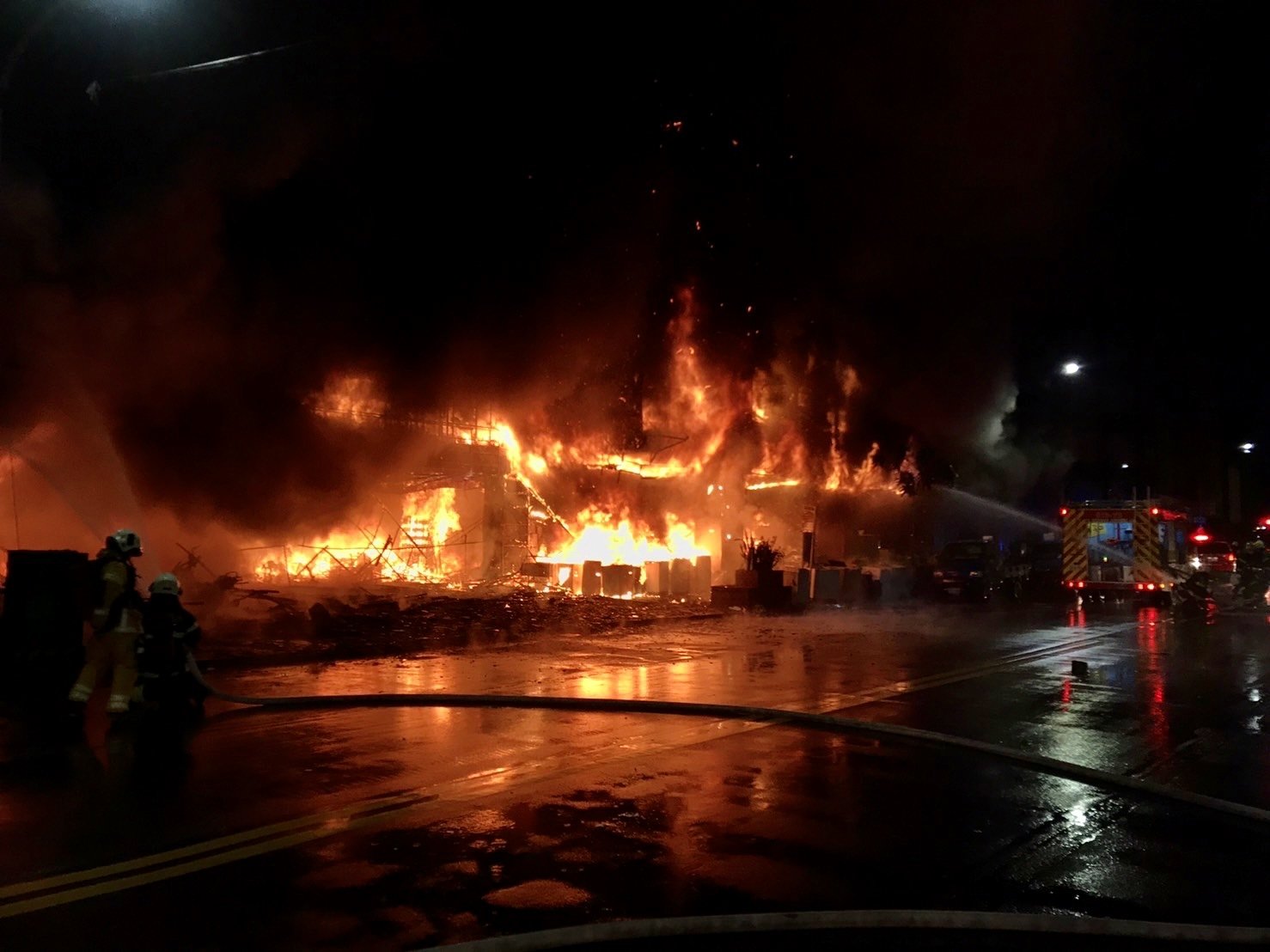 Firefighters use water cannons to extinguish a fire on a commercial and residential building in Kaohsiung, southern Taiwan, Oct. 14, 2021. (Kaohsiung Fire Bureau via EPA)
by ASSOCIATED PRESS
Oct 14, 2021 9:45 am

A fire in southern Taiwan has killed 46 people and injured at least another 41, after it engulfed a residential building overnight on Thursday.

The 13-story building caught fire around 3 a.m. Thursday, fire officials in the city of Kaohsiung said. A fire department statement said the blaze was “extremely fierce” and destroyed many floors.

At least 11 bodies were sent straight to the morgue, Fire Chief Li Ching-hsiu told reporters at the scene. Another 14 people who showed no signs of life were among 55 taken to the hospital. In Taiwan, official confirmation of a death can only be made in the hospital.

Video shown on Taiwanese television showed orange flames and smoke billowing out of the lower floors of the building as firefighters sprayed water at it from the street. After daybreak, they could be seen spraying water into the middle floors of the still smoldering building from elevated platforms.

The cause of the fire was unclear, but firefighters noted the flames burned most intensely where a lot of clutter had been piled up, the fire department statement said.

Eyewitnesses told Taiwan media that they heard an explosion around 3 a.m.

The building is about 40 years old with shops on the lower levels and apartments above. The lower floors were completely blackened.