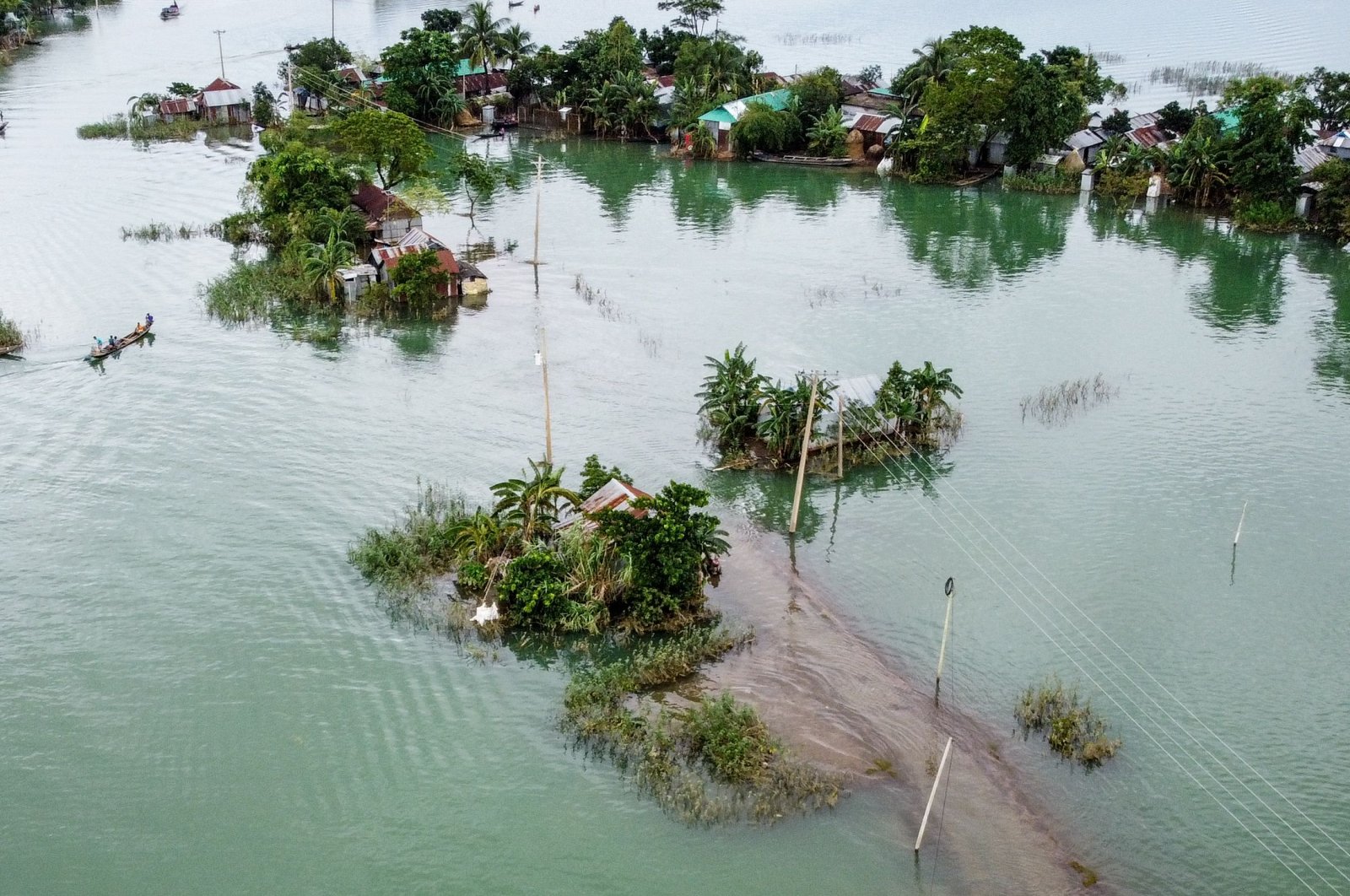 Nearly 4 million people in India's northeastern state of Assam and neighboring Nepal have been displaced by heavy flooding from monsoon rains, with dozens missing as deaths rose to at least 189, government officials said on Sunday.

More than 2.75 million people in Assam have been displaced by three waves of floods since late May that has claimed 79 lives after two more deaths were reported overnight, a state government official said.

Assam is facing the twin challenge of combating floods and the coronavirus pandemic. Out of 33 districts, 25 remained affected after the current wave of flooding, beginning a fortnight ago.

India is grappling with the novel coronavirus, which has infected nearly 1.1 million people and 26,816 have died from the COVID-19 disease, government data showed on Sunday.

In neighboring Nepal, the government asked residents along its southern plains on Sunday to remain alert as heavy monsoon rains were expected to pound the Himalayan nation where more than 100 have died in floods and landslides since June, officials said.

Some 110 people were killed and another 100 injured as landslides and flash floods washed or swept away homes, upended roads and bridges and displaced hundreds of others in 26 of the country's 77 districts, police said.

"Search and rescue teams are looking for those who are missing in different places but chances of finding them alive are slim," Wasti told Reuters.

Barun Paudel of the weather forecasting office in the capital, Kathmandu, said heavy rains were expected to pound much of the mainly mountainous nation in the next four days.

"We have urged residents to remain alert against possible landslides and floods," he said.

Landslides and flash floods are common in Nepal, India's Assam and Bihar states during the June-September annual rainy season.