Georgia's breakaway republic of Abkhazia heads to polls for president 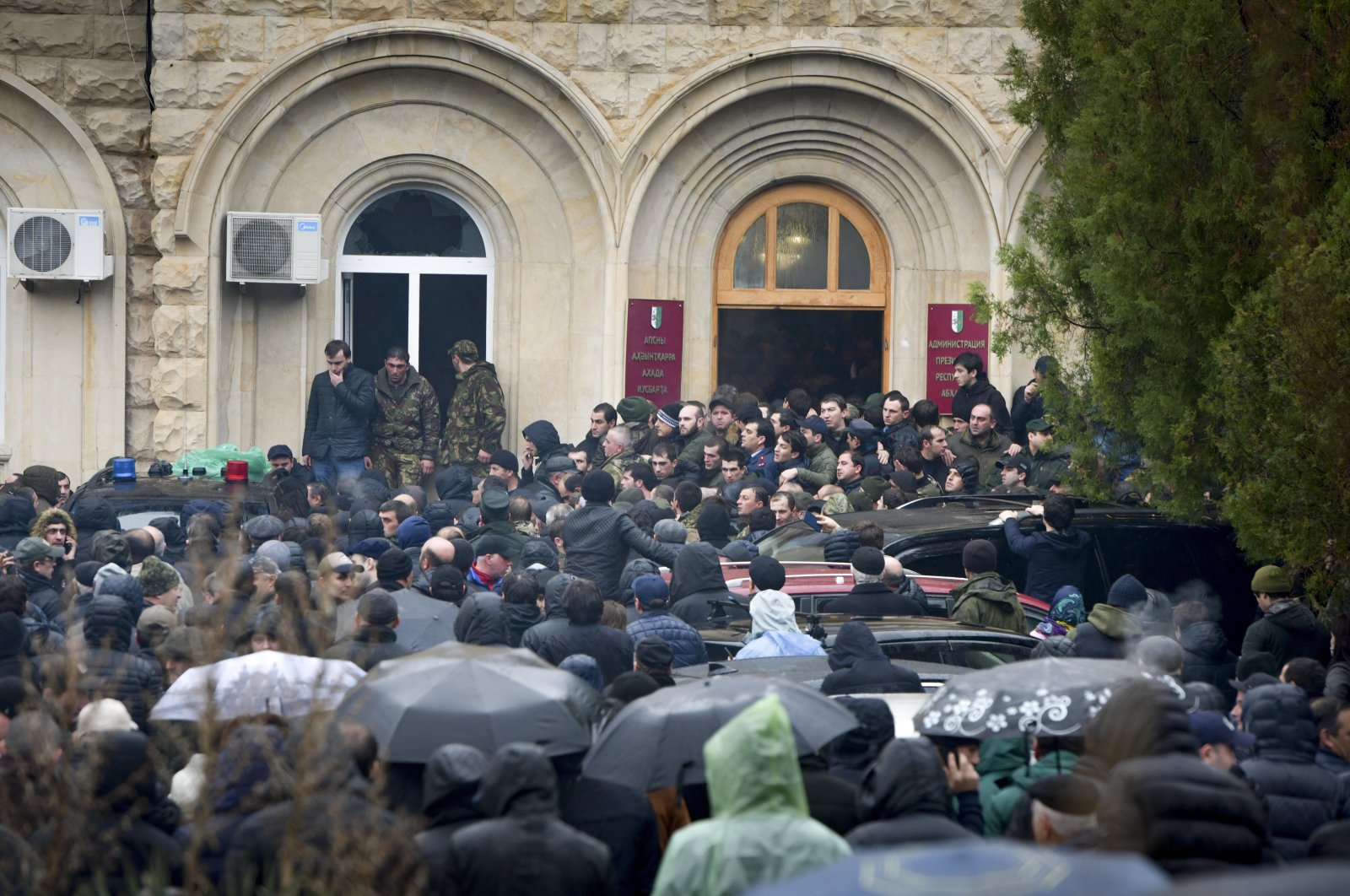 In this Jan. 9, 2020, file photo, protesters besiege the offices of Abkhazia President Raul Khadzhimba in the city of Sukhumi, in Georgia's breakaway province of Abkhazia. (AP Photo)
by Associated Press Mar 22, 2020 12:31 pm

The breakaway Georgian republic of Abkhazia is holding a presidential election Sunday to replace the leader who stepped down in January under pressure from the opposition.
Raul Khadzhimba resigned as president in January, days after demonstrators seized his office to protest alleged violations in September's election in which Khadzhimba won a second five-year term.
Khadzhimba initially denounced the move as a coup attempt, but submitted his resignation "for the sake of peace and stability.” He acted after Russian President Vladimir Putin’s aide, Vladislav Surkov, arrived in the capital, Sukhumi, to help mediate the conflict.
With a population of about 250,000, Abkhazia is recognized as a sovereign state only by Russia and a handful of other countries.
Abkhazia broke away from Georgia in the early 1990s as the Soviet Union collapsed. The last of Georgia's troops were driven out in a brief 2008 war with Russia, and Moscow has tightened its control over the lush Black Sea province and a second breakaway Georgian region, South Ossetia.
The region's parliament named prime minister Valery Bganba as caretaker president.
Three candidates are on the ballot, with opposition leader Aslan Bzhania seen as the likely winner.