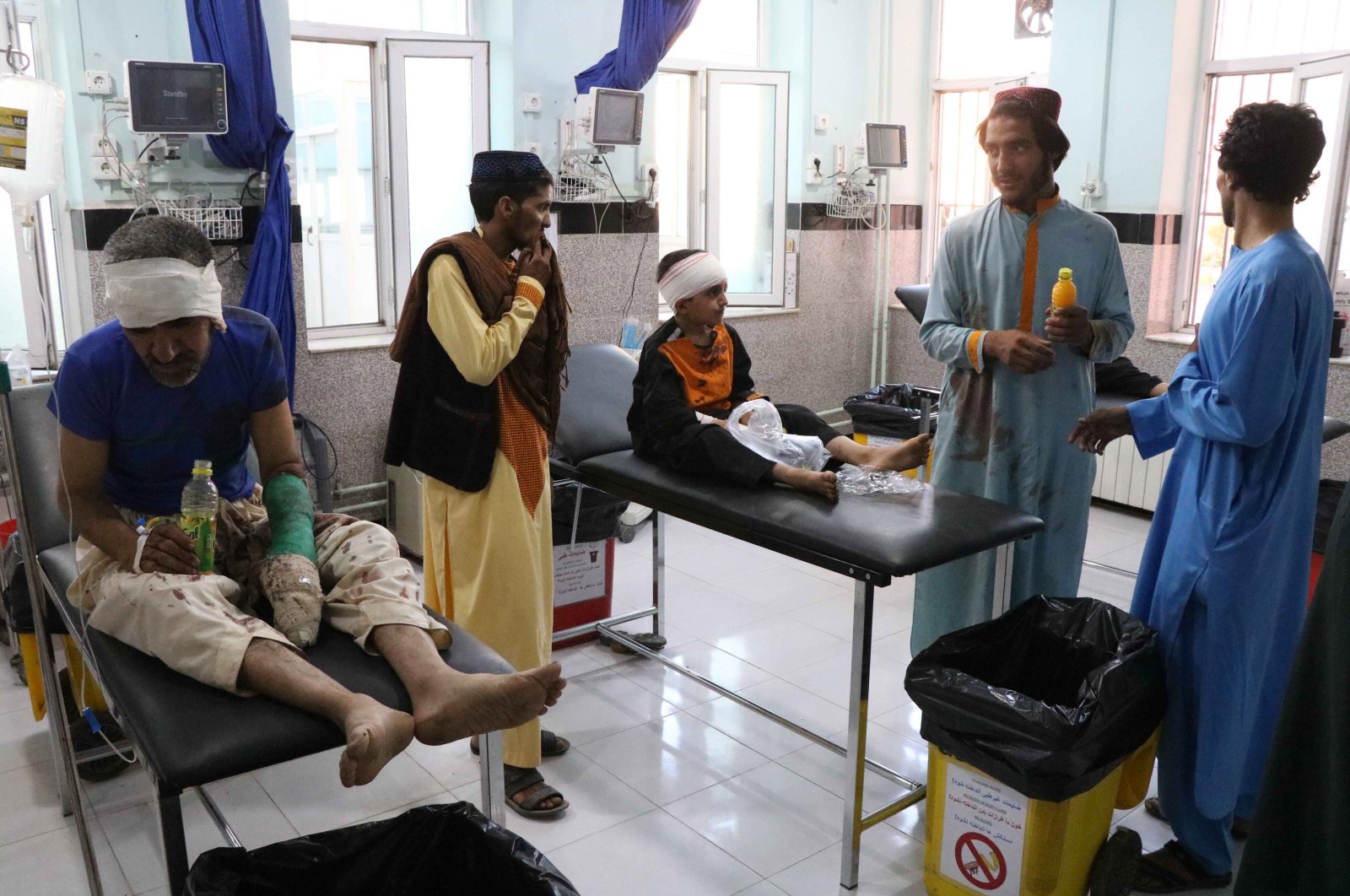 People who were injured in an alleged airstrike by Afghan security forces on suspected Taliban hideouts in Gozara district, receive medical treatment after they were brought to a hospital in Herat, Afghanistan, July 22, 2020. (EPA Photo)
by ASSOCIATED PRESS Jul 23, 2020 6:58 am

Witnesses say a government airstrike has killed at least 14 people in Afghanistan’s western Herat province, many of them women and children.

Hundreds of people had gathered in Herat’s Adraskan district to welcome home a former Taliban fighter freed from jail when aircraft pounded the gathering, said Noor Rahmati, a witness who lost three members of his family in the airstrike.

Government officials said Thursday the airstrike a day earlier was being investigated.

Ghulam Nabi had been released, apparently as part of a prisoner exchange aimed at moving intra-Afghan negotiations forward, a second and critical phase of a peace deal between the U.S. and Taliban.

District elders and well wishers had arrived to welcome Nabi when the attack began, the witnesses said. Nabi’s 9-year-old son was apparently wounded in the attack.

The United Nations has been critical of the increasing death toll among civilians in Afghanistan, caused by both sides in the protracted conflict.

“In Herat, photos and eyewitness accounts suggest many civilians including children are among the victims of an Afghan airstrike. We condemn the attack and support an investigation,” Khalilzad tweeted.