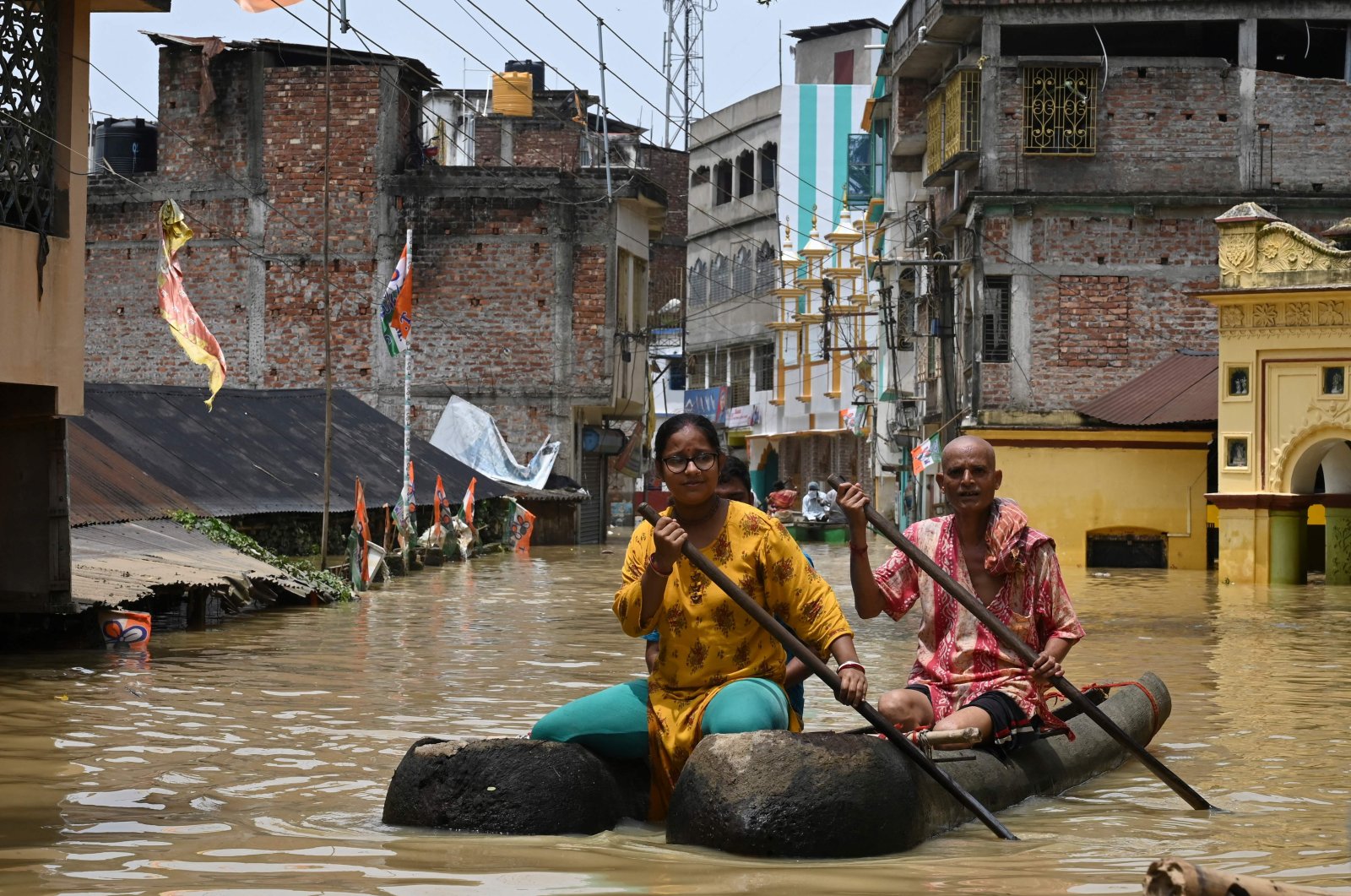 Torrential monsoon rains in eastern India killed at least 16 people and displaced around 250,000 from their homes, authorities said Tuesday.

The latest deaths in West Bengal came a few days after 11 people were also killed in the state as the torrent of water swept away homes and triggered landslides.

Flooding and landslides are common during India's treacherous monsoon season from June to September and cause widespread devastation.

The annual downpours have been worsened by climate change, experts say.

Two river banks were breached and the flooding has affected at least half a million people in six districts in West Bengal over the past two days, the state's disaster management minister Javed Ahmed Khan told Agence France-Presse (AFP).

Five of the 16 people killed were swept away in the flood and the rest died when their mud houses collapsed, officials said.

Military helicopters plucked dozens of people from the rooftop of a submerged building, including a 100-year-old woman and a nine-month-old baby, Khan added.

Panicked residents had to flee for higher ground after water from a nearby dam was released, causing sudden flooding.

"We fear scores of people are still marooned. Indian Air Force helicopters and disaster management personnel are struggling to rescue them," he added.

Villager Samir Nandi, 65, said he had "never witnessed such a flood."

"Many people in (my) village took refuge on the roof of the buildings and they are waiting to be rescued."

Authorities have set up more than 40 relief centers for the displaced in the flood-affected districts, senior state official Harekrishna Dribedi, said.

This year's monsoon, which had earlier inundated the western coast, has claimed the lives of at least 250 people so far.

Last month, at least 200 people died in the western state of Maharashtra after landslides sent torrents of mud onto villages.