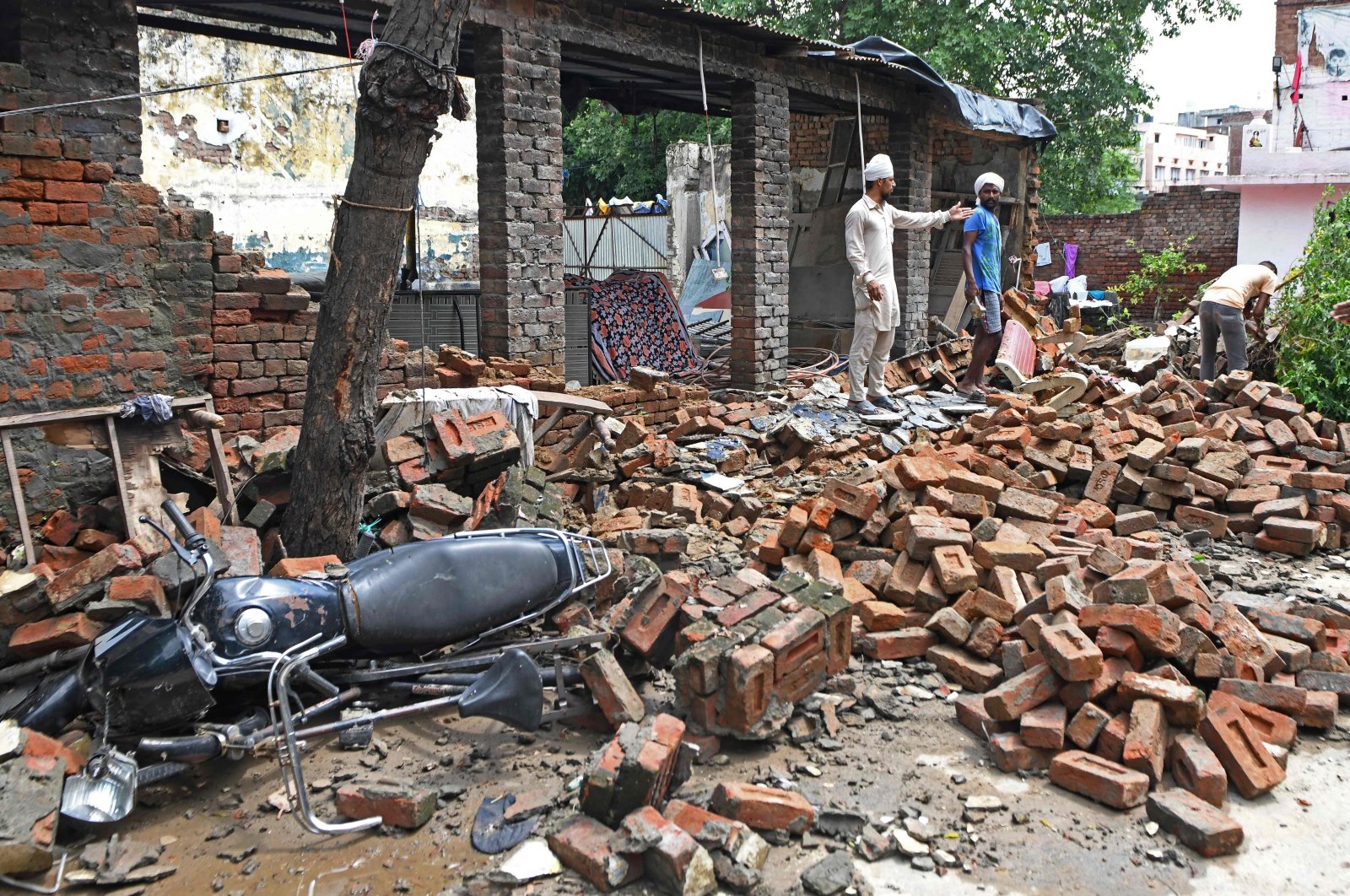 Heavy rain in Nepal triggered landslides on Monday that killed eight laborers at a construction site and two members of a family, taking the toll in floods and landslides to 177 since late May.

Elsewhere in South Asia, the annual rainy season brought more misery with at least 135 people killed in Bangladesh since late June in the longest-running floods there in more than two decades, while floods have killed nearly 120 people and displaced millions in the Indian states of Assam and Bihar.

Nepali government official Murari Wasti told Reuters that the laborers were sleeping in a tin-roofed shelter near the capital, Kathmandu, when the landslide hit. "Rescuers dug through the mud and took out all eight bodies," Wasti said. One injured laborer had been taken to hospital. Wasti said 57 people were missing and 111 injured in floods or landslides caused by the May-September monsoon rains.

The Himalayan kingdom of Bhutan has also been hit with four soldiers killed there last month while rescuing villagers trapped in floods, officials said.

The conditions have complicated the poor region's efforts to fight the coronavirus, especially in densely populated Bangladesh, which has reported 240,746 infections with 3,154 deaths. More than 1 million people are marooned in Bangladesh and thousands of hectares of land have been submerged, forcing more than 60,000 into crowded shelters, said Enamur Rahman, junior minister of the Disaster Management and Relief Ministry. The runoff from heavy rain across Indian mountains had pushed levels of many of Bangladesh's rivers into the danger zone, said Arifuzzaman Bhuiyan, executive engineer at the Bangladesh Water Development Board, contributing to the worst flooding since 1998.