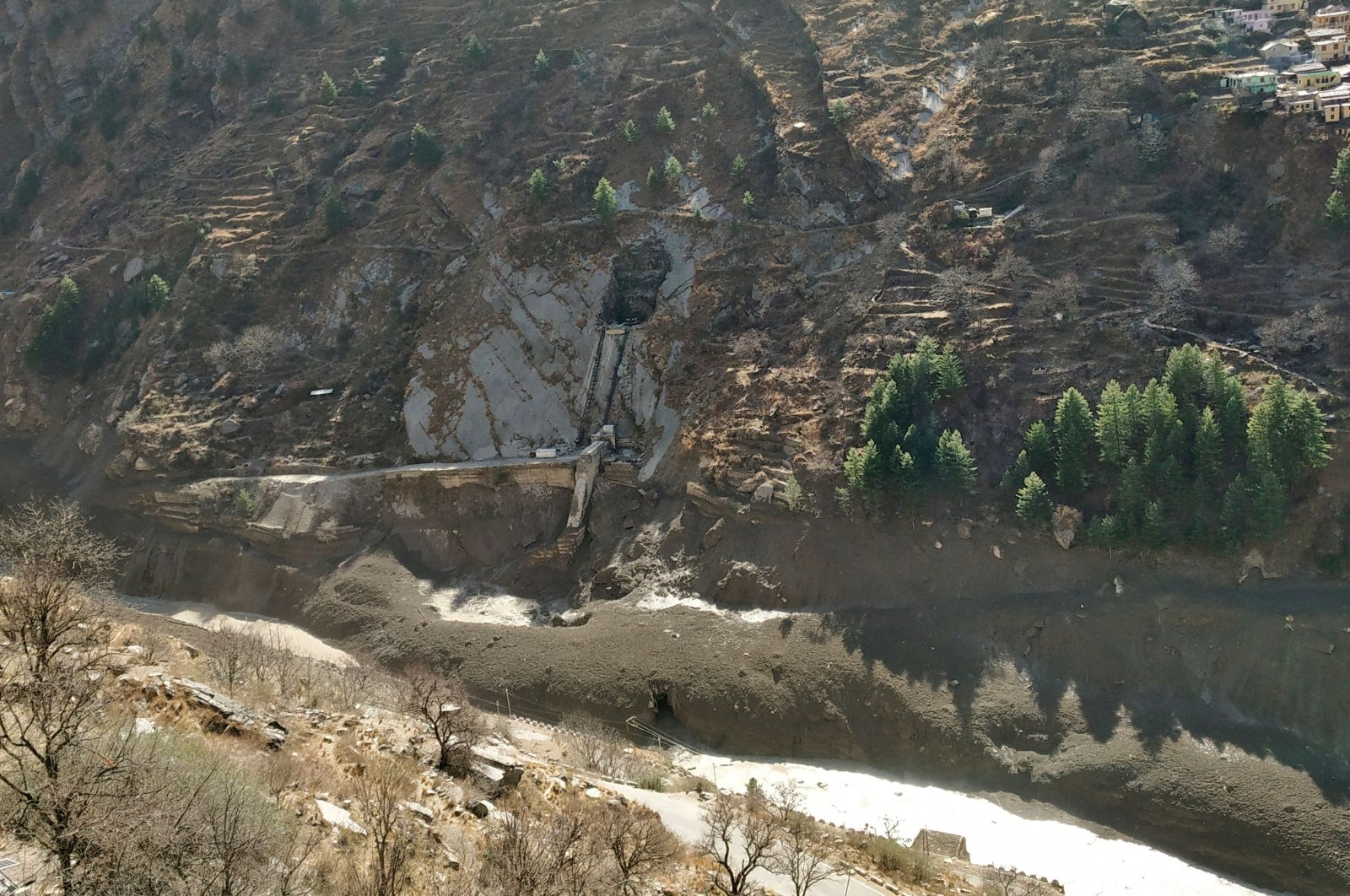 A view of the damaged dam after a Himalayan glacier broke and crashed into the dam at Raini Chak Lata village in the Chamoli district in the northern state of Uttarakhand, India, Feb. 7, 2021. (Reuters Photo)
by Agencies Feb 07, 2021 12:12 pm
RECOMMENDED

Indian authorities launched a search operation Sunday after part of a mountain glacier broke, sending a massive flood of water and debris slamming into two dams and damaging a number of homes. At least 18 people were killed and 200 are still missing.

The flood was caused when a portion of Nanda Devi glacier broke off in the Tapovan area of the northern state of Uttarakhand on Sunday morning.

A video shared by officials and taken from the side of a steep hillside shows a wall of water surging into one of the dams and breaking it into pieces with little resistance before continuing to roar downstream.

"It came very fast. There was no time to alert anyone," Sanjay Singh Rana, who lives on the upper reaches of Raini village, told Reuters by phone. "I felt that even we would be swept away."

Both are on the Alaknanda River, which flows from the Himalayan mountains to the Ganges River. Pandey said at least 16 workers were trapped near a tunnel at the Dhauliganga project. Another 140 workers at the two plants were missing, he said, according to remarks carried by The Associated Press (AP). Surjeet Singh, a police official, said nine bodies have been recovered so far amid intense rescue operations.

Ravi Bejaria, a government spokesperson, said some houses were also damaged in the flooding. Officials said when the glacier broke it sent water trapped behind it as well as mud and other debris surging down the mountain and into other bodies of water. An advisory was issued urging people living on the banks of the Alaknanda River to move to safer places immediately.

Authorities emptied two dams farther down the river to stop the floodwaters from reaching the towns of Haridwar and Rishikesh, where popular tourist spots on the banks of the Ganges River were closed and all boating activities stopped.

The Himalayan area has a chain of power projects on the Alaknanda River and its tributaries. Uttarakhand police chief Ashok Kumar said officials immediately alerted residents living in the area and evacuated them to safer places. Prime Minister Narendra Modi in a tweet said he was "constantly monitoring the unfortunate situation.”

He added: "India stands with Uttarakhand and the nation prays for everyone’s safety there.” In 2013, thousands of people were killed in Uttarakhand after heavy rains triggered landslides and floods, washing away thousands of houses and roads and cutting communication links in many parts of the state.