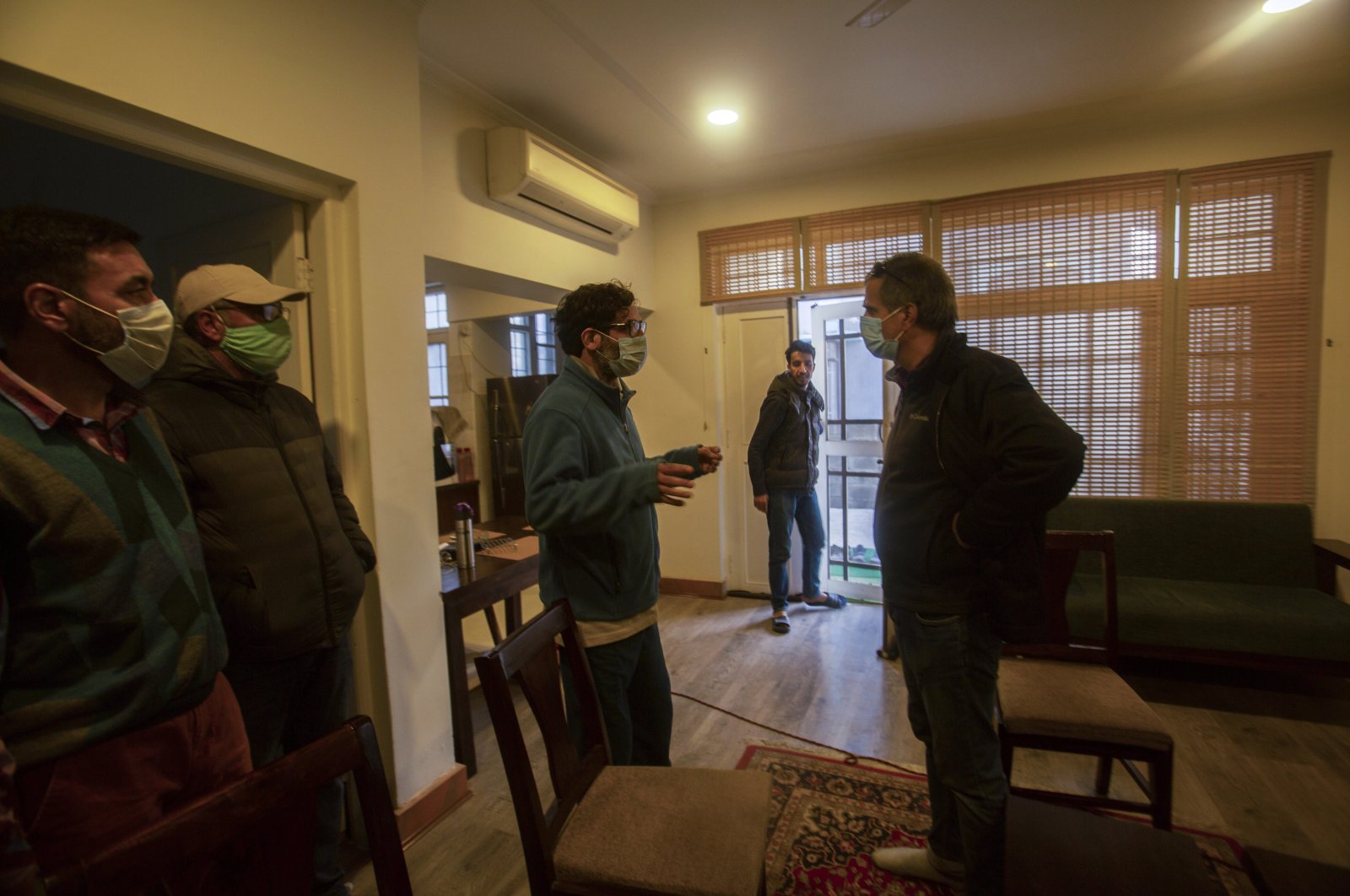 Human rights groups and activists have denounced series of raids by the Indian premier investigating agency on nongovernmental organizations (NGOs), activists and journalists in disputed Kashmir over alleged "terror funding" in the western Himalayan region.

The National Investigation Agency (NIA) said it raided Wednesday and Thursday 10 locations in Indian-controlled Kashmir, New Delhi and the southern city of Bengaluru including the offices and residences of a journalist and two prominent activists, triggering concerns of a crackdown on information and a free press in the disputed region.

NIA said in a statement it searched the premises of Agence France-Presse's (AFP) Kashmir correspondent Parvaiz Bukhari, offices of rights activist Khurram Parvez and Parveena Ahanger, and the region's leading daily Greater Kashmir, along with a non-profit group, and seized "several incriminating documents and electronic devices."

The agency said it was investigating "non-profit groups and charitable trusts" that were collecting funds and using them for "carrying out secessionist and separatist activities" in the disputed region, the Associated Press (AP) reported.

A police official privy to the raids said the investigators confiscated telephones, laptops and storage devices from journalist Bukhari and rights defender Parvez.

Meanwhile, Parvez's organization, Jammu and Kashmir Coalition of Civil Society has written scathing reports about brutality involving some of the hundreds of thousands of Indian troops in the region.

It has highlighted the expansive powers granted to them which it says led to a culture of impunity and widespread rights abuse in the region.

The former chief minister of Jammu and Kashmir, Mehbooba Mufti said the raids on activist Parvez and the Greater Kashmir office were "another example of the Government of India's vicious crackdown on freedom of expression and dissent."

The head of the New Delhi-based Charity Alliance, Zafarul-Islam Khan described the NIA's accusation as a "Himalayan lie," according to Qatar-based broadcaster Al Jazeera.

Khan, who is former Delhi Minority Commission chief, told the reporters that the raids were "well-planned and choreographed," emphasizing that his NGO has "no contacts" with Kashmiri rebels and no links to terror fundings.

"Apart from some relief work like sending medicines, blankets and giving some very small monetary help to flood victims, we have no work worth mention in Kashmir," he said, accusing the Indian government led by right-wing Bharatiya Janata Party (BJP) of attacking him for his report about religious violence in the city which took place earlier this year and killed at least 53 people, most of whom were Muslims.

"They are trying to penalize me for my work in the Delhi Minorities Commission, especially the report on the northeast Delhi riots," Khan said.

The raids came days after Indian authorities sealed the office of an English daily, Kashmir Times, causing outrage from journalists and condemnation from global media watchdogs.

Authorities said the office was sealed due to administrative reasons but journalists said the move aimed to throttle the free press. Kashmir is divided between India and Pakistan, and both claim the region in its entirety.

Most people in Kashmir support the rebel goal of uniting the territory, either under Pakistani rule or as an independent country.

Earlier on Tuesday, India enacted new laws that allow any of its nationals to buy land in the disputed region, a move that exacerbates concerns of residents and rights groups who see such measures as a settler-colonial project to change the Muslim-majority region's demography. Until last year, Indians were not allowed to buy property in the region.

The move triggered widespread anger and economic ruin amid a harsh security clampdown and communications blackout. Tuesday's laws, part of a series of Modi's hard-line Hindu-nationalist policies, also authorize the Indian army to declare any area as "strategic" for operational and training purposes against the Kashmiri rebels.

On Wednesday, the region's main pro-freedom conglomerate denounced the new laws and called for a strike on Oct. 31. Pro-India politicians from the region accused India of putting Kashmir's land "up for sale."

The federal government said the decision was made to encourage development and peace in the region. Since August 2019, the Indian government has imposed overarching restrictions in the region which critics say has eroded press freedom. Several journalists have been arrested, beaten, harassed and sometimes even investigated under anti-terror laws.

The Kashmir Editors Guild in a statement Wednesday said it was concerned over the "mounting costs of being a journalist in Kashmir" and hoped the region's media is "permitted to function without hassles and hurdles."

Reporters Without Borders, a global media watchdog, in August said "press freedom violations by the Indian authorities in Kashmir is unworthy of a democracy."