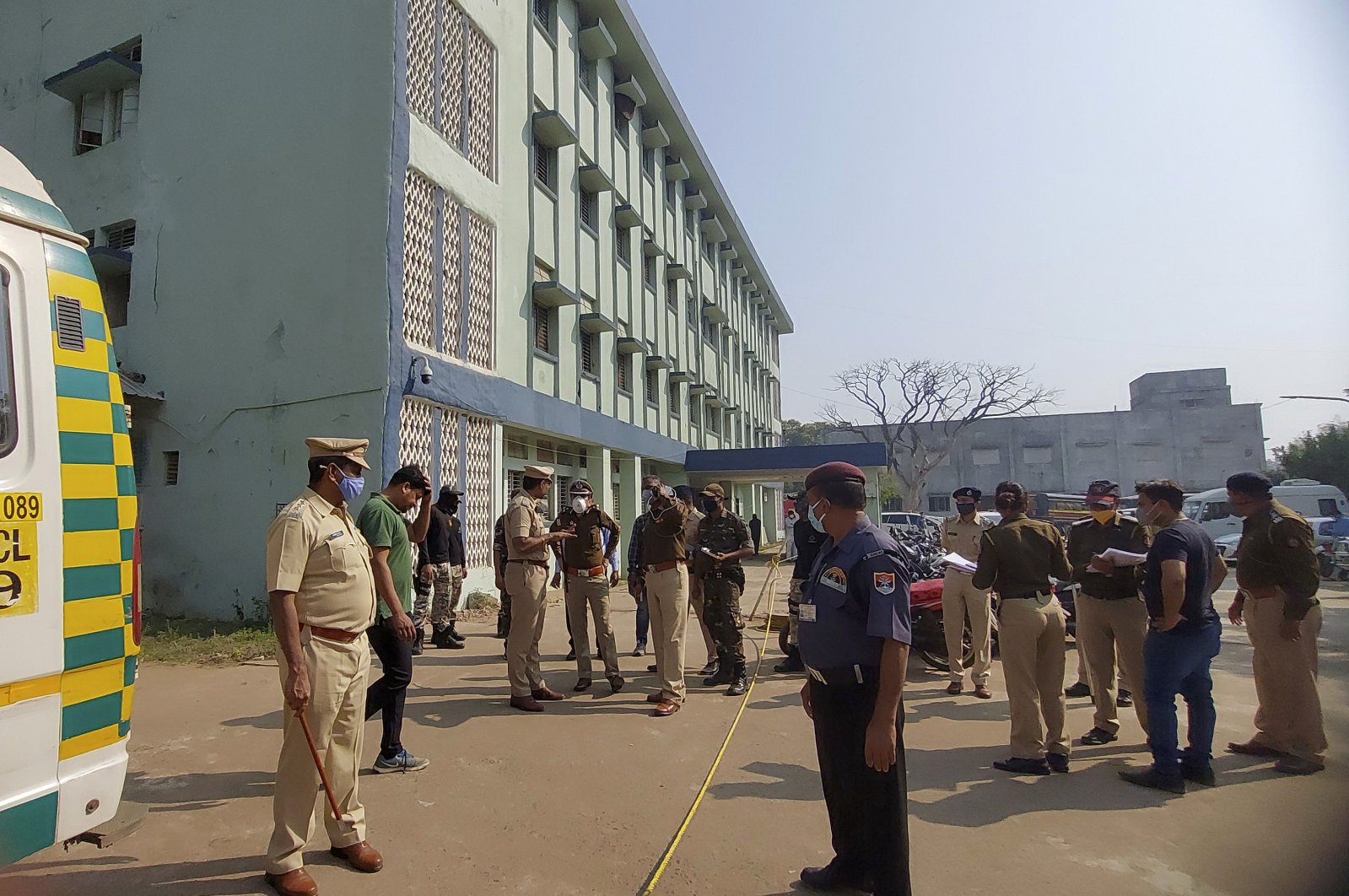 Police officers investigate the scene after a fire broke out at District General Hospital in Bhandara, about 70 kilometers (43 miles) from Nagpur, India, Jan. 9, 2021. (AP Photo)
by French Press Agency - AFP Jan 09, 2021 9:48 am
RECOMMENDED

Ten babies were killed in a maternity unit in the Indian state of Maharashtra early Saturday when fire tore through a major hospital, a doctor said.

Staff rescued seven of the newborn infants at the Bhandara district hospital but were beaten back before they could get to the 10 others, Pramod Khandate, a senior doctor, told Agence French-Presse (AFP).

All of those who died were aged between a few days and three months, according to reports.

"The cause of the fire is not known yet but our staff extinguished the fire as soon as they could. The smoke led to the babies suffocating," Khandate said.

Nurses on duty noticed a fire coming from the hospital's neonatal unit and raised the alarm.

The fire brigade stopped the blaze from spreading to other parts of the hospital and other patients were moved to safety.

Authorities ordered an immediate inquiry into the latest disaster to raise doubts about safety in Indian hospitals. More than 90 people died in an inferno in a Kolkata hospital in 2011.

A fire at a hospital in Ahmedabad in August killed eight coronavirus patients. Another five COVID-19 patients died in a blaze in a clinic in Rajkot in November.

The Supreme Court called for a report on safety in coronavirus hospitals because of the incidents.