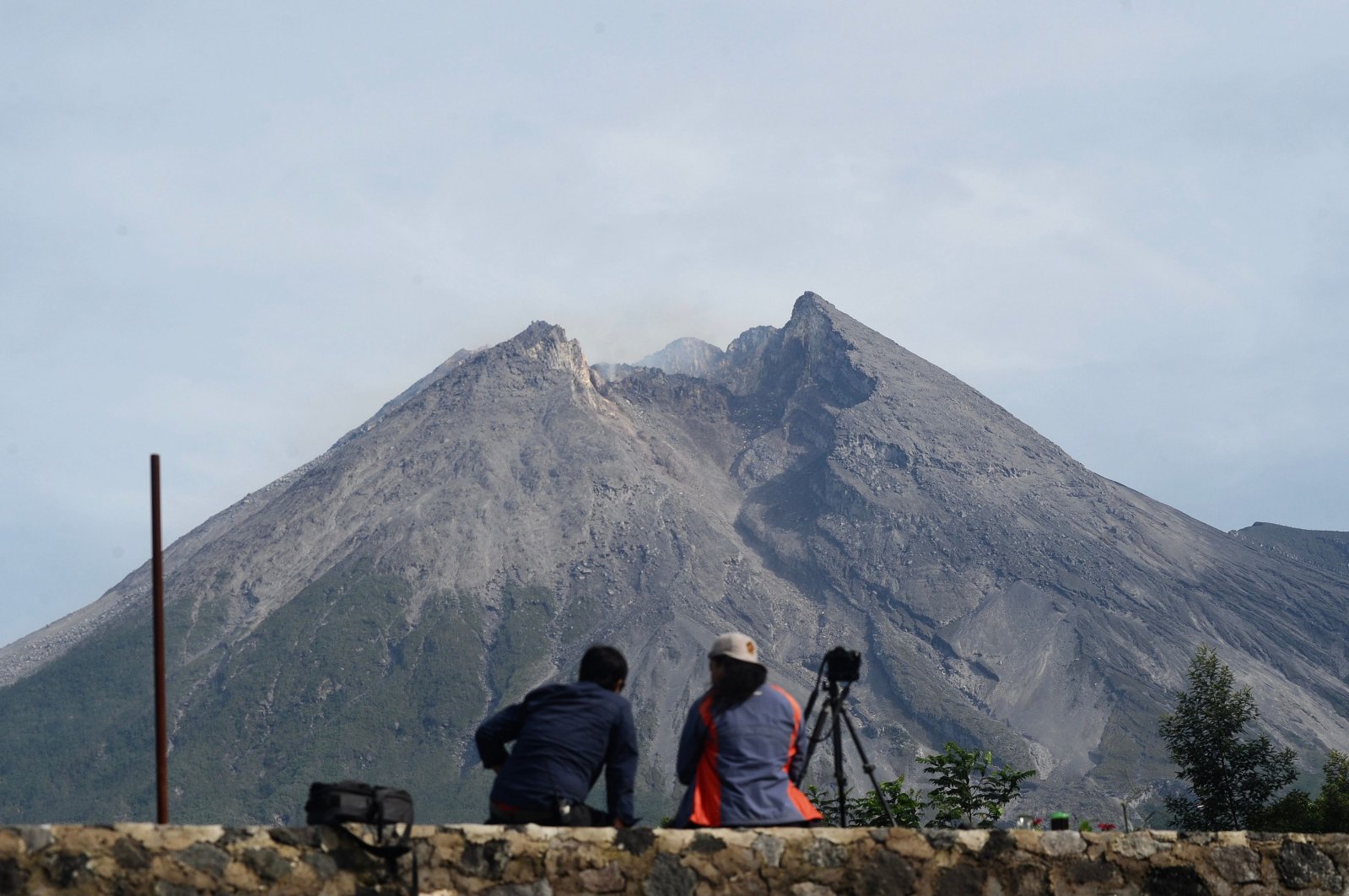 Photographers keep an eye on Mount Merapi in Yogyakarta as Indonesia Geological agency raised the status of alert for Merapi to the second-highest ahead of the upcoming major eruption, on Nov. 6, 2020. (AFP Photo)
by Agencies
Nov 06, 2020 1:14 pm

Hundreds of people were evacuated from their homes near Mount Merapi on Indonesia's Java island on Friday, following an increase in volcanic activity

The head of Yogyakarta’s Volcanology and Geological Hazard Mitigation Center, Hanik Humaida, warned that Merapi, Indonesia's most active volcano, could erupt at any moment, possibly sending hot gas clouds down its slopes up to 5 kilometers (3 miles).

Susanto said emergency measures to evacuate people living within 6 kilometers of the crater’s mouth were being prepared as local administrations in Central Java and Yogyakarta provinces closely monitor the situation.

According to The Associated Press (AP), Indonesia's geological agency raised Merapi’s alert level to the second-highest level after sensors picked up increased activity on Thursday.

About a quarter of a million people live within a 10-kilometer radius of the volcano. Merapi spewed ash and hot gas in a column as high as 6 kilometers into the sky in June, but no casualties were reported. Its last major eruption in 2010 killed 347 people and triggered the evacuation of 20,000 villagers.

Indonesia, an archipelago of more than 270 million people, sits on the Pacific "Ring of Fire” and is prone to earthquakes and volcanic eruptions. Government seismologists monitor more than 120 active volcanoes.