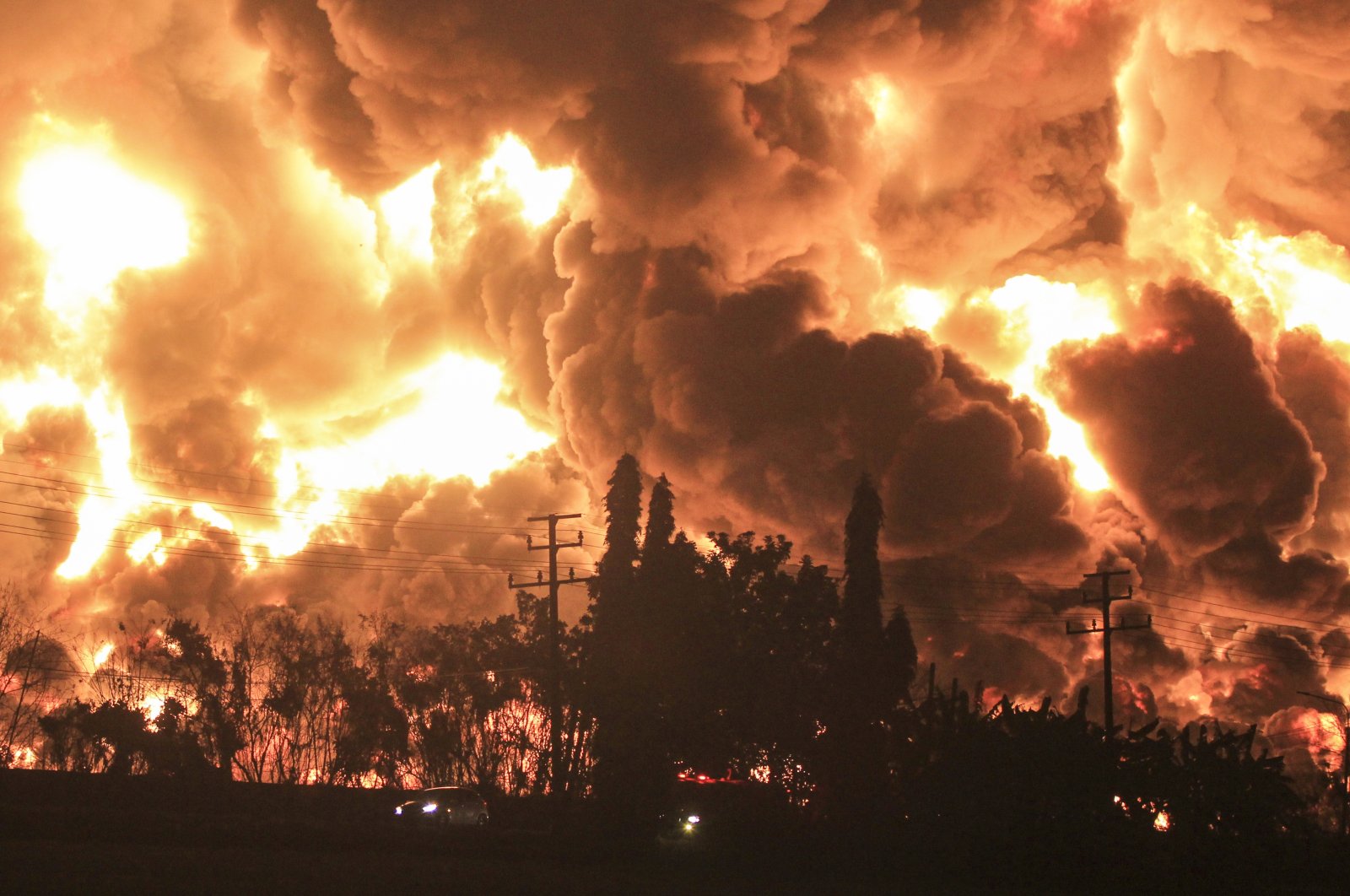 A massive blaze broke out Monday at one of Indonesia's biggest oil refineries after a huge explosion turned the sprawling complex into a raging inferno.

Firefighters battled to contain the fire at the Balongan refinery in West Java, operated by state oil company Pertamina, as towering plumes of black smoke rose into the sky.

At least five people were seriously injured and about 1,000 local residents were evacuated from the scene after the fire broke out early Monday morning.

The local disaster agency said one person had died from a heart attack after the explosion.

About 15 people were slightly injured and authorities said they were checking on the whereabouts of three others.

At least 500 people were being evacuated from a nearby village. Residents of Balongan village were moving to two evacuation centers on Monday. Authorities urged residents to stay calm and keep away from the fire. Four residents injured while passing through the area suffered burns and were being treated at the Indramayu regional hospital.

"To prevent the fire from spreading we've shut down operations ... and are putting our efforts into handling the blaze," Pertamina's President Director Nicke Widyawati said in a statement.

The cause of the fire was not clear, but the company said the blaze broke out during a lightning storm.

Pertamina said it did not expect the fire to cause fuel supply disruptions due to the high volume of stock it has on hand.

The sprawling refinery is about 200 kilometers (120 miles) east of the capital Jakarta.