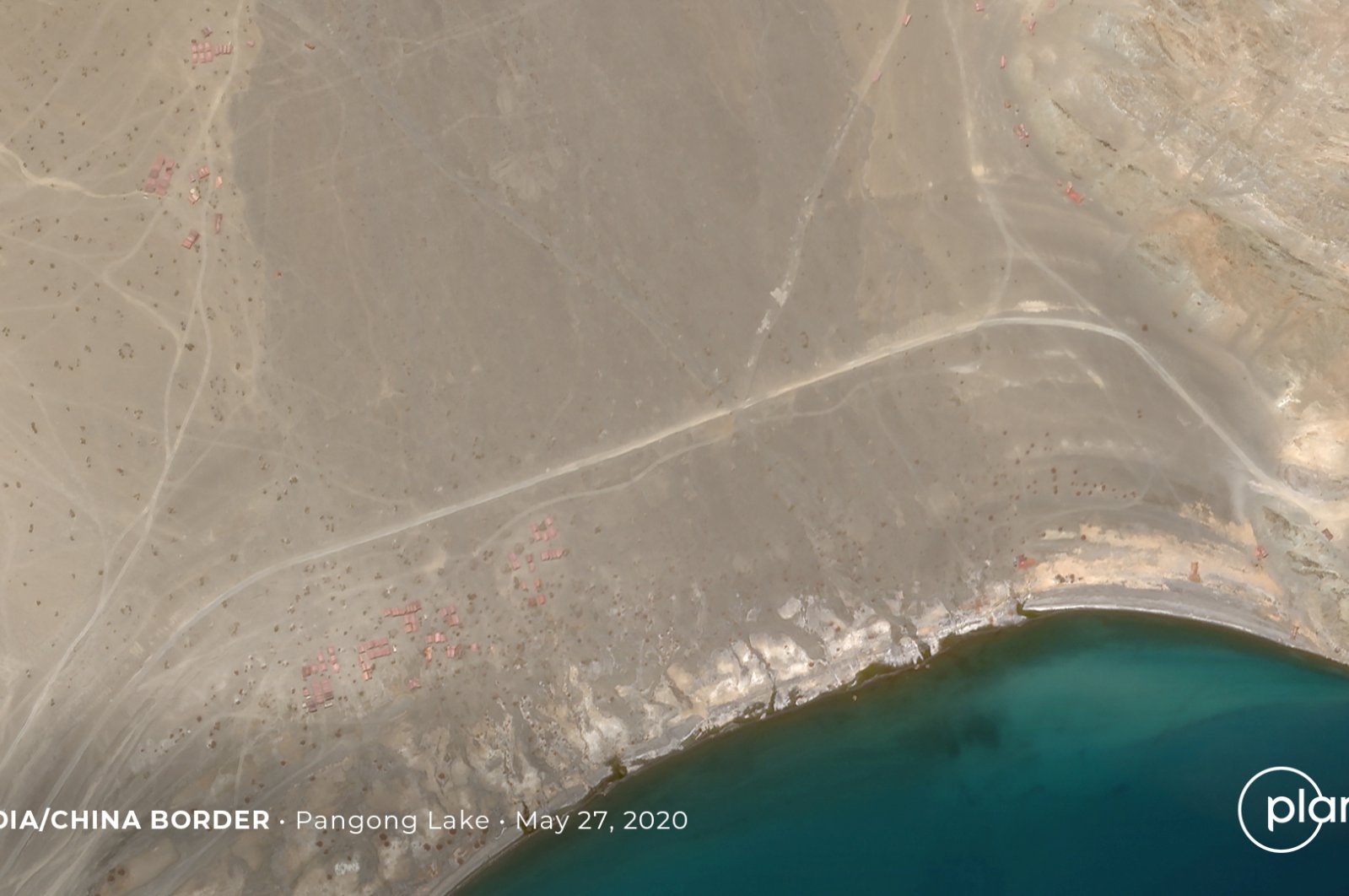 Buildup at the Line of Actual Control on the disputed border between China and India is seen in this handout satellite image of Pangong Lake, May 27, 2020. (REUTERS Photo)
by Compiled from Wire Services Jun 07, 2020 11:50 am
RECOMMENDED

India and China have agreed to "peacefully resolve" the latest border flare-up that has heightened tensions between the nuclear-armed neighbors, New Delhi said Sunday, after a high-level meeting between army commanders.

The External Affairs Ministry said in statement that a meeting between Indian and Chinese military commanders at a border post in the Himalayan region on Saturday took place in a "cordial and positive atmosphere.”

"Both sides agreed to peacefully resolve the situation in the border areas in accordance with various bilateral agreements and keeping in view the agreement between the leaders that peace and tranquility in the India-China border regions is essential for the overall development of bilateral relations,” the statement said.

Indian officials say the standoff began in early May when large contingents of Chinese soldiers entered deep inside Indian-controlled territory at three places in Ladakh, erecting tents and posts. They said the Chinese soldiers ignored repeated verbal warnings to leave, triggering shouting matches, stone-throwing and fistfights. India also mobilized thousands of soldiers. China has sought to downplay the confrontation while saying the two sides were communicating through both their front-line military units and their respective embassies to resolve the issue.

The China-India border dispute covers nearly 3,500 kilometers (2,175 miles) of frontier that the two countries call the Line of Actual Control. They fought a bitter war in 1962 that spilled into Ladakh. The two sides have been trying since the early 1990s to settle their dispute without success.