India, China to avoid ‘miscalculation’ along border as Jammu and Kashmir tensions ease 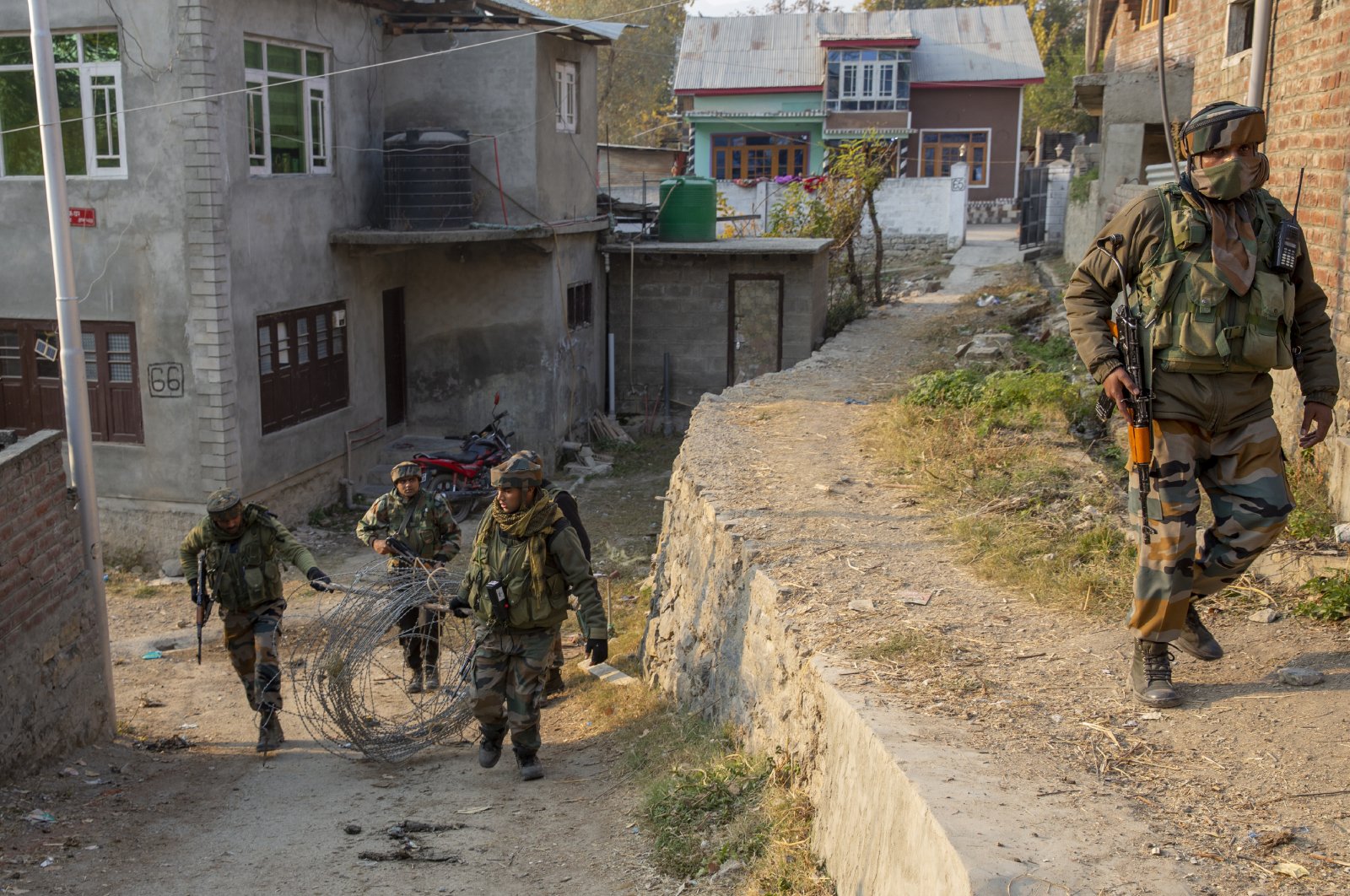 Indian army soldiers carry some barbed wire to set up a blockade as they leave the site of a gun battle in Meej village, south of Srinagar, Indian controlled Kashmir, Friday, Nov. 6, 2020. (AP Photo)
by Anadolu Agency
Nov 08, 2020 11:25 am

India and China have agreed to exercise restraint and "avoid misunderstanding and miscalculation" amid a heightened standoff along the Line of Actual Control (LAC), New Delhi said Sunday.

The LAC is a de facto border near the Himalayan region of Ladakh in the disputed Jammu and Kashmir.

Both sides decided on terms during the 8th round of an India-China Corps Commander Level Meeting held Friday, according to a statement by India's Ministry of Defense.

"The two sides had a candid, in-depth and constructive exchange of views on disengagement along the Line of Actual Control in the Western Sector of India-China border areas," according to a statement. "Both sides agreed to earnestly implement the important consensus reached by the leaders of the two countries, ensure their frontline troops to exercise restraint and avoid misunderstanding and miscalculation."

India said the two sides will have another meeting soon and agreed "to maintain dialogue and communication through military and diplomatic channels" and "push for the settlement of other outstanding issues, so as to jointly maintain peace and tranquility in the border areas."

Border tensions between the two countries span seven decades. The latest dispute began May 5 with both the armies of both nations engaging in direct confrontation since.

Twenty Indian soldiers were killed in June during clashes. Since then, a series of meetings have been conducted but without success.