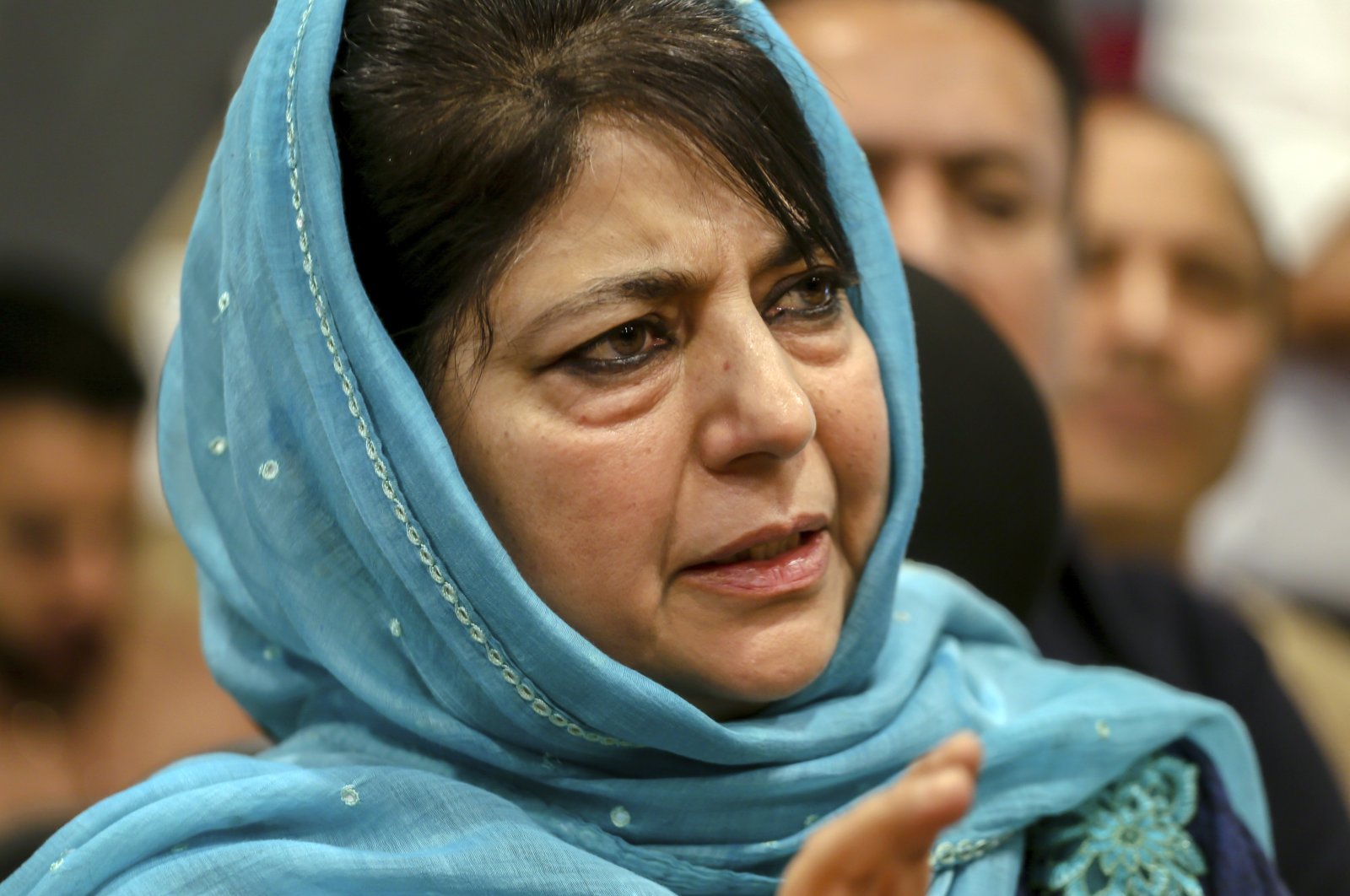 India has freed a former chief minister of Kashmir, detained 14 months ago along with thousands of others when New Delhi imposed direct rule on the disputed region with a huge security clampdown.

Mehbooba Mufti was released late Tuesday after remaining in custody since August 2019 when the Indian government imposed emergency laws, snapped all communications and sent thousands of extra troops into the Muslim-majority state.

Mufti, 61, was arrested along with three other former chief ministers and top politicians under the Public Safety Act that allows authorities to keep people in custody for up to two years without charge or a trial.

The three former ministers have since been released, but many of the roughly 8,000 other detainees, including several politicians, remain in custody.

Mufti's detention order was revoked late Tuesday, without official explanation, just a day before India's Supreme Court was scheduled to hear a petition in her case.

India's government had justified her detention on the grounds that it prevented violence in the aftermath of the August 2019 move, which saw the state split in two and downgraded to union territories governed directly from New Delhi.

Modi's government says the revocation of Kashmir's special status was necessary for the region's development and in order to end the three-decade-long armed rebellion that has left thousands dead, mostly civilians.

The Himalayan region is divided between India and Pakistan, with many Kashmiris supporting uniting the territory, either under Pakistani rule or as an independent country.

The Kashmir dispute, one of the oldest on the agenda of the U.N. Security Council (UNSC), erupted between India and Pakistan in 1947. Since then, more than 94,000 Kashmiris have been killed during clashes with Indian authorities according to Pakistani sources.

Islamabad has urged the international community to fulfill its moral and legal obligation by giving Kashmiris the chance to realize their inalienable right to self-determination per the UNSC resolutions.

Mufti released an audio statement on Twitter demanding the restoration of political rights and a final settlement of the political dispute. "We will have to continue our struggle for the Kashmir issue for which thousands of our people have laid down their lives," she said.