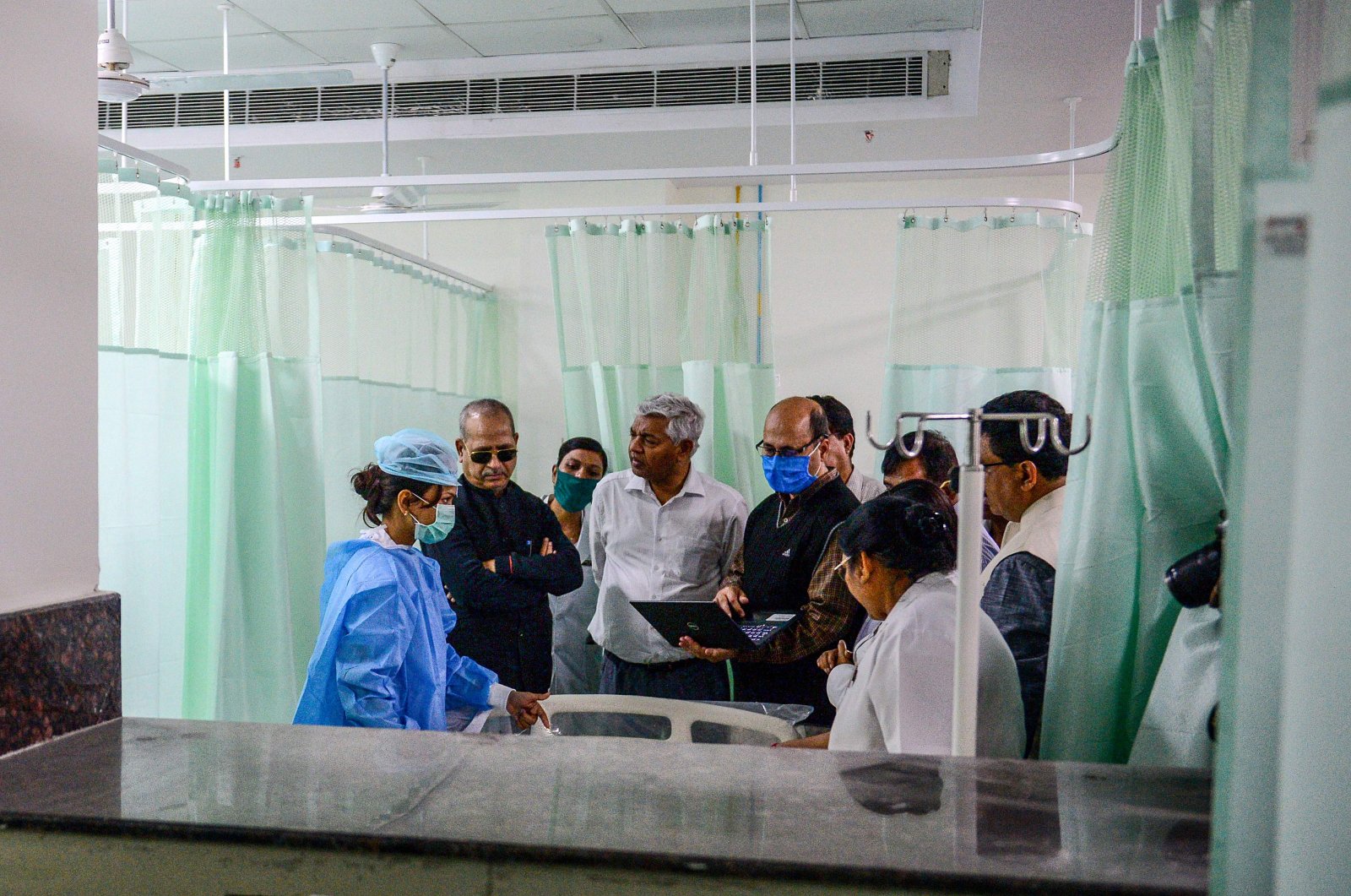 Some doctors combatting India's coronavirus outbreak have been evicted from their homes by force, a medical association said on Wednesday, due to fears that they may be infected and spread the disease to neighbors.

The country went into a 21-day lockdown on Wednesday, and experts have said it faces a tidal wave of infections if rigorous steps are not taken to keep the virus in check.

India's public health care infrastructure is poor, and it suffers from an acute shortage of medical staff, who will generally see many patients over a short period.

Some doctors in temporary residences had been forcefully evicted by their landlords over infection fears, the Resident Doctor's Association of the All India Institute of Medical Sciences (AIIMS) in New Delhi said.

"(They) are now stranded on the roads with all their luggage, nowhere to go, across the country," the association which represents 2,500 doctors – said in a letter to the federal home minister on Tuesday, urging the government to intervene.

Late on Tuesday India's Health Minister Harsh Vardhan, himself a doctor, said on Twitter he was "deeply anguished" to see reports of doctors being ostracized in residential complexes, adding that precautions were being taken to ensure health care workers were not carriers of the infection.

A home ministry spokeswoman said the Delhi state administration had issued orders saying penal action would be taken against those evicting doctors. She did not comment on the situation in other states.

India, a country of 1.3 billion, has recorded 539 confirmed cases of COVID-19, the disease caused by the virus, and nine deaths.

It has just one doctor for every 1,404 people, the government said in February, significantly below the World Health Organization (WHO)'s norm of one per 1,000.

The AIIMS association's president, Adarsh Pratap Singh, said three doctors in New Delhi and around 15 in the southern city of Hyderabad had already faced issues with their accommodation. He did not have estimates of how many have been impacted overall.

"People are not accepting them... The morale of doctors is down because of this; a stigma is being created due to lack of awareness of coronavirus," he told Reuters on Wednesday.

Airline employees are facing similar problems, with state-run carrier Air India and private airline IndiGo saying there had been instances of employees being ostracized from their communities.