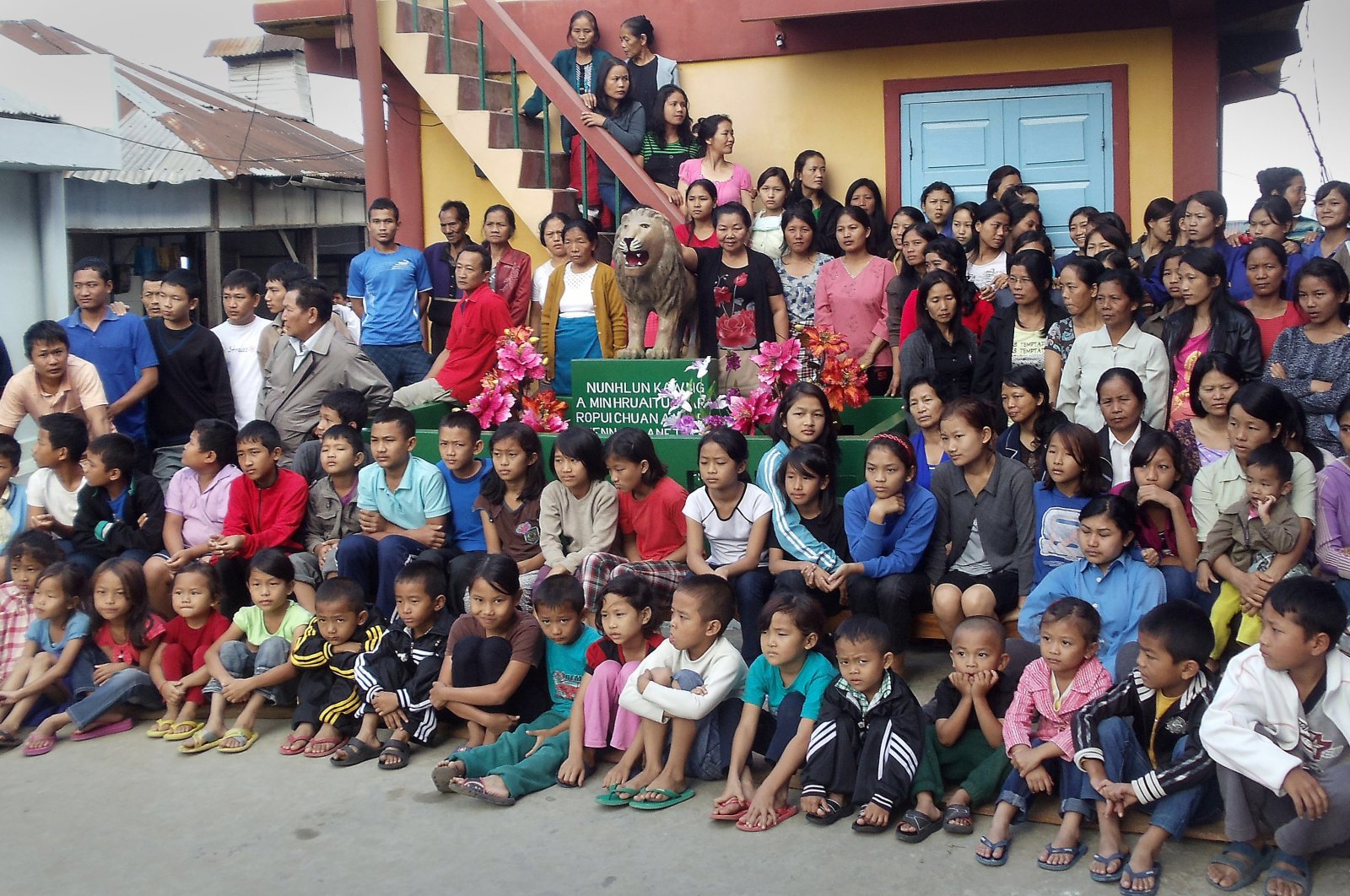 Members of the Chana family pose for a photograph at their home in the village of Baktawng in the Serchhip district, located about 70 kilometers (44 miles) from Mizoram state's capital city Aizawl, northeast India, Oct. 28, 2011. (EFA-EPA Photo)
by Anadolu Agency Jun 14, 2021 1:20 pm

The patriarch of the largest family in the world, who is believed to have 39 wives and 94 children, died Sunday at the age of 76, officials said.

The Indian northeastern state of Mizoram's chief minister, Zoramthanga, who uses only one name, announced the death of Ziona Chana, who was a resident of Baktawng Tlangnuam village, in a post on Twitter. "With heavy heart, #Mizoram bid farewell to Mr. Zion-a (76), believed to head the world's largest family, with 38 wives and 89 children," he said.

Zoramthanga also said that Mizoram and Baktawng Tlangnuam have become major tourist attractions in the state because of the family. Chana was the head of a religious sect called "Chana Pawl," founded by his father in 1942, which allows polygamy.

According to officials, Chana, who also had a large number of grandchildren, died Sunday afternoon. "He was taken to a private hospital in another district and as per the reports received, he passed away today," Kumar Abhishek, the deputy commissioner of Serchhip district, told Anadolu Agency (AA) by phone.

Lal Thanhawla, former chief minister of Mizoram and a senior political leader from the Indian National Congress party, told AA: "His (Chana's) demise is a very big loss to everyone ... The family is very disciplined and there are a lot of things to learn from them.”