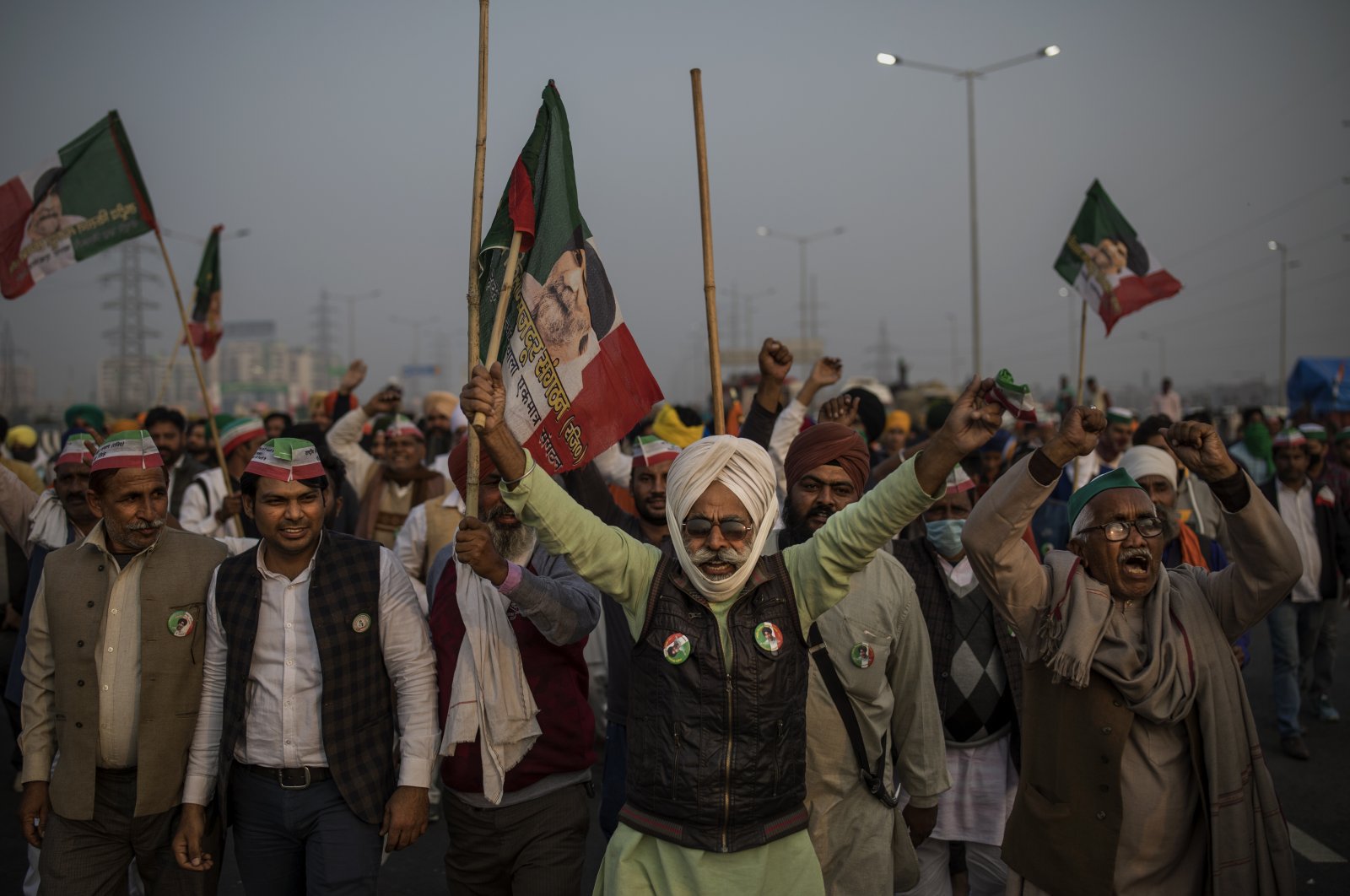 Indian Prime Minister Narendra Modi spoke to farmers and released around $2.5 billion in aid as demonstrations by farmers' unions against controversial legislation entered their 30th day on Friday.

Thousands of farmers from several Indian states have been camped on the outskirts of New Delhi for over a month, blocking highways to demand that Modi's government repeal three agricultural laws passed in September that the government says will modernize farming and allied sectors and increase farmers' incomes.

The farmers fear the laws that aim to ease regulations around storage and marketing of crops will benefit big corporations and leave them at the mercy of the free market. Modi addressed farmers from across India through videoconferencing and targeted opposition parties for misleading farmers.

"Some parties are pushing a political agenda by opposing the new farm laws. Some people are spreading myths and lies that land will be taken away if farmers enter into contract farming," he said.

At the event, part of a massive outreach program planned by the government, Modi transferred 180 billion rupees ($2.45 billion) to 90 million farmer families, the latest installment under the government's financial scheme for small-scale farmers.

Similar events were organized across India on Friday to emphasize the benefits of the agricultural reforms and highlight success stories.

Agricultural groups leading the protests say the laws would end state-regulated buying of crops and the minimum price set by the government for their produce. Several rounds of talks between farmers' groups and the government have failed to break the stalemate and another round is awaited.