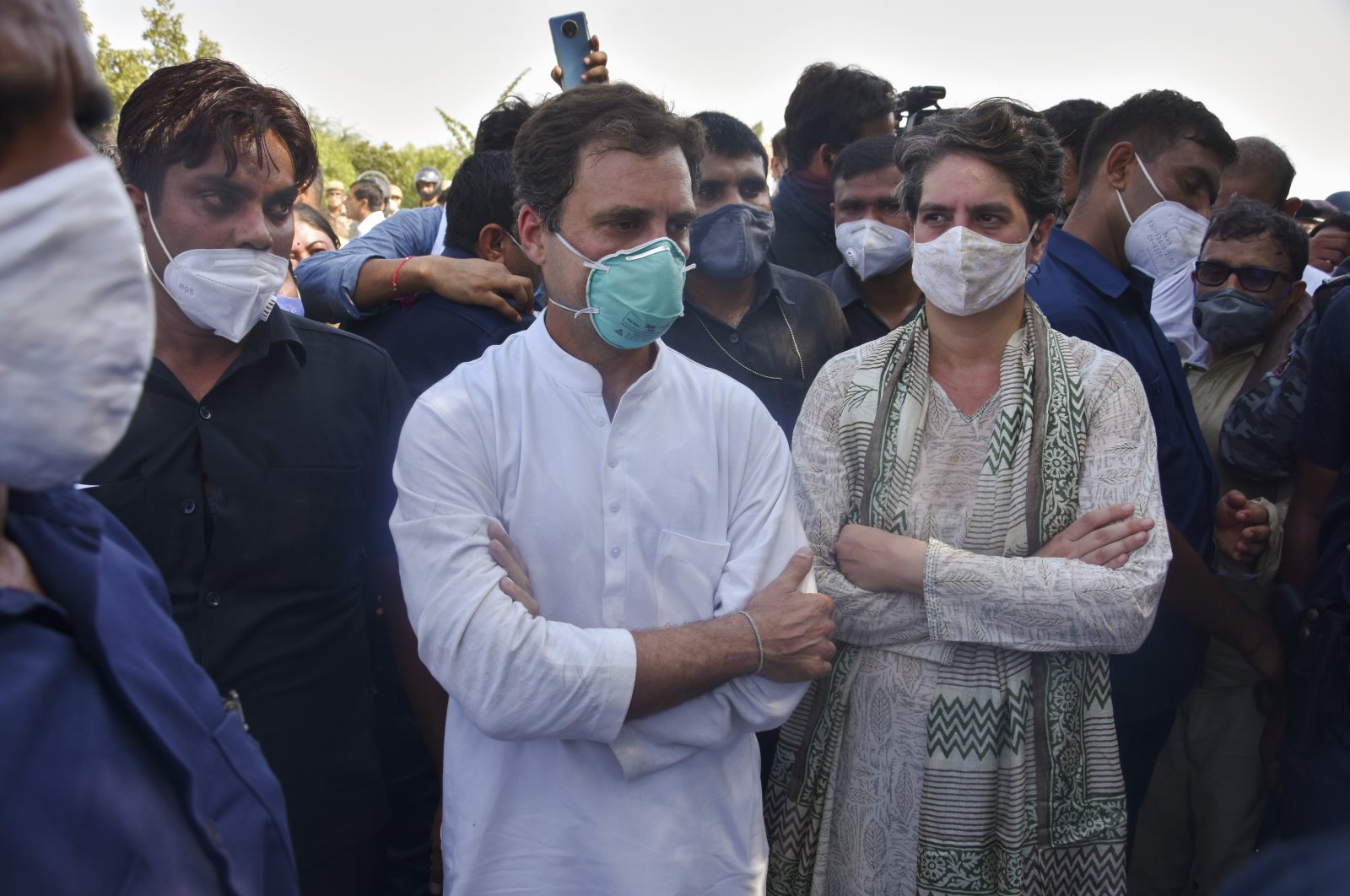 Indian police detained key leaders of the opposition Congress party, Rahul Gandhi and his sister Priyanka Gandhi, on Thursday after preventing them from visiting a northern village where a 19-year-old woman from India's lowest caste was allegedly gang-raped last month and later died in a hospital.

The attack was the latest brutal sexual violence against women to rile India. It triggered street protests in several parts of the country this week.

Police officer Manoj Dixit said the two party leaders were detained for violating an order banning the assembly of four or more people in the area to prevent any violence by protesters.

Police stopped their convoy on a highway on the way to the village, where the party leaders planned to meet with the woman's family. They got out of their car and started walking to the village but were blocked again by the police.

Dozens of Congress party workers scuffled with the police, who used sticks to disperse them. Some party workers were injured, and Rahul Gandhi slipped to the ground in the melee before he was taken away by police, video on television news channels showed.

The two leaders were driven back to New Delhi by police and freed later Thursday.

The victim, who belonged to the Dalit community, was allegedly raped by four men on Sept. 14 in Hathras district. The woman’s family told local media that they found her naked, bleeding and paralyzed with a split tongue and a broken spine in a field outside their home and that she had identified her assailants. She died two weeks later, on Tuesday, after battling serious injuries in a hospital in New Delhi.

A police officer, Prakash Kumar, said the woman was attacked while working on a farm, and there were injuries to her genitals.

Police said four men, all from an upper caste, have been arrested.

Dalits – formerly known as “untouchables” and at the bottom of India’s unforgiving Hindu caste hierarchy – are victims of thousands of attacks each year. According to human rights organizations, Dalit women are particularly vulnerable to caste-based discrimination and sexual violence.

In India, rape and sexual violence have been under the spotlight since the 2012 gang rape and killing of a 23-year-old student on a New Delhi bus. The attack galvanized massive protests and inspired lawmakers to order the creation of fast-track courts dedicated to rape cases and stiffen penalties for those convicted of the crime.