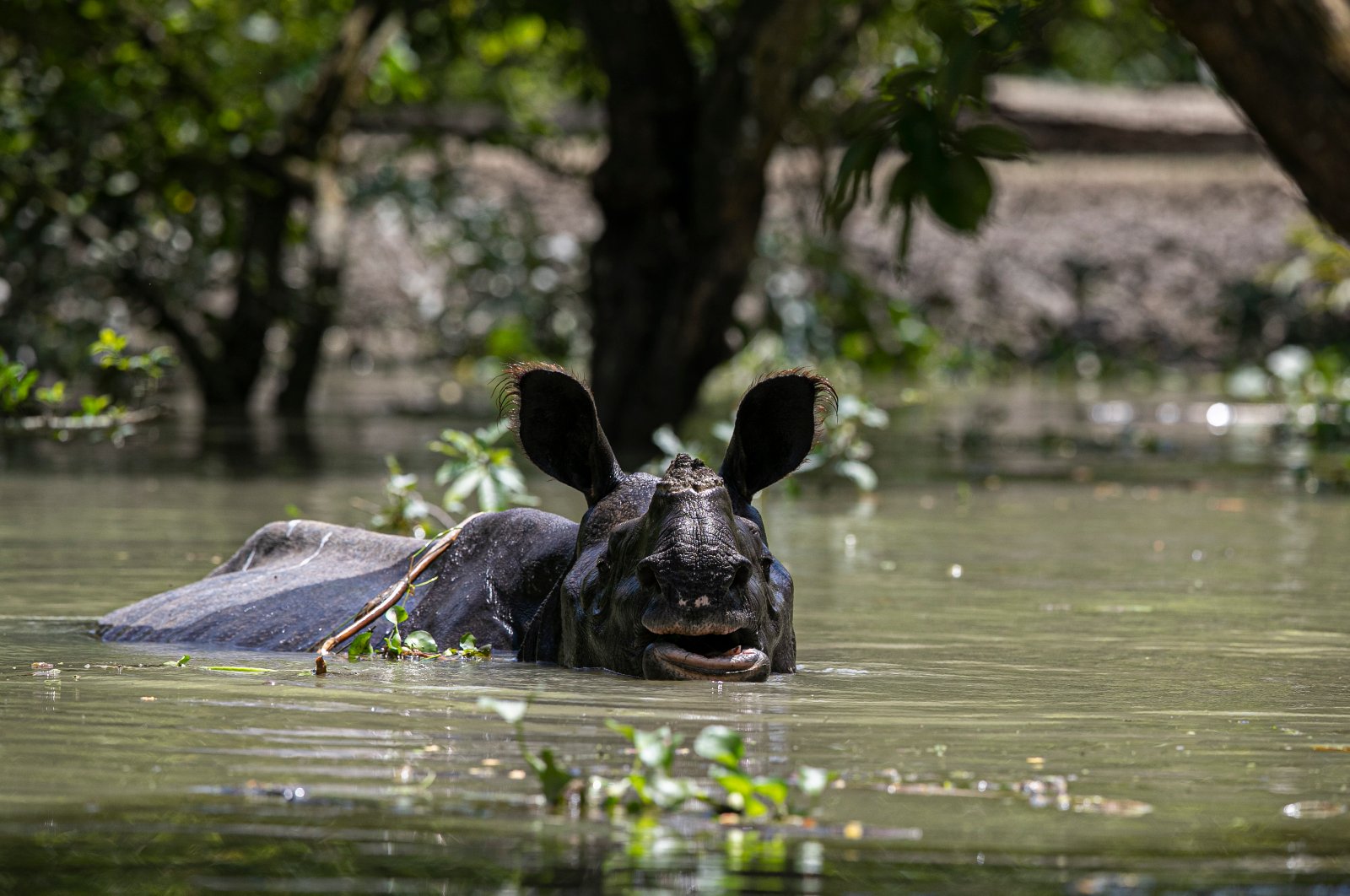 Intense rain and floods in the Indian state of Assam have killed at least 84 people and displaced more than 2.75 million since May, authorities said on Monday, as they tried to collect the bodies of nine rare rhinos drowned in the past 10 days.

Rescue teams were facing a double challenge of rising floodwaters amid the coronavirus pandemic as villagers driven from their homes huddled in shelters.

"It's hard to enforce social distancing when people are being ordered to move away from the rising waters," said Sanghamitra Sanyal, a member of the northeastern state's flood management force.

"We're urging people to at least cover their mouth and nose with a piece of clean cloth."

Officials warned that the water level in the Brahmaputra river was expected to rise by 11 centimeters (4.3 inches), two weeks after it burst its banks swamping more than 2,500 villages.

Assam, famous for its tea plantations, is hit by flooding every rainy season despite flood-control efforts.

Rights groups accuse corrupt officials of siphoning off funds meant for flood projects, resulting in shoddy construction of embankments which are often breached.

Floods have also inundated the Kaziranga National Park, home to the world's largest concentration of one-horned rhinoceros, with an estimated 2,500 out of a total population of some 3,000 of the animals.

"Nine rhinos have drowned and over 100 other animals have been killed," Atul Bora, Assam's agriculture minister who is Kaziranga's member of the state parliament, told Reuters.

With the park waist-deep in water, rhinos, elephants and deer have been forced to seek refuge on roads and in human settlements.