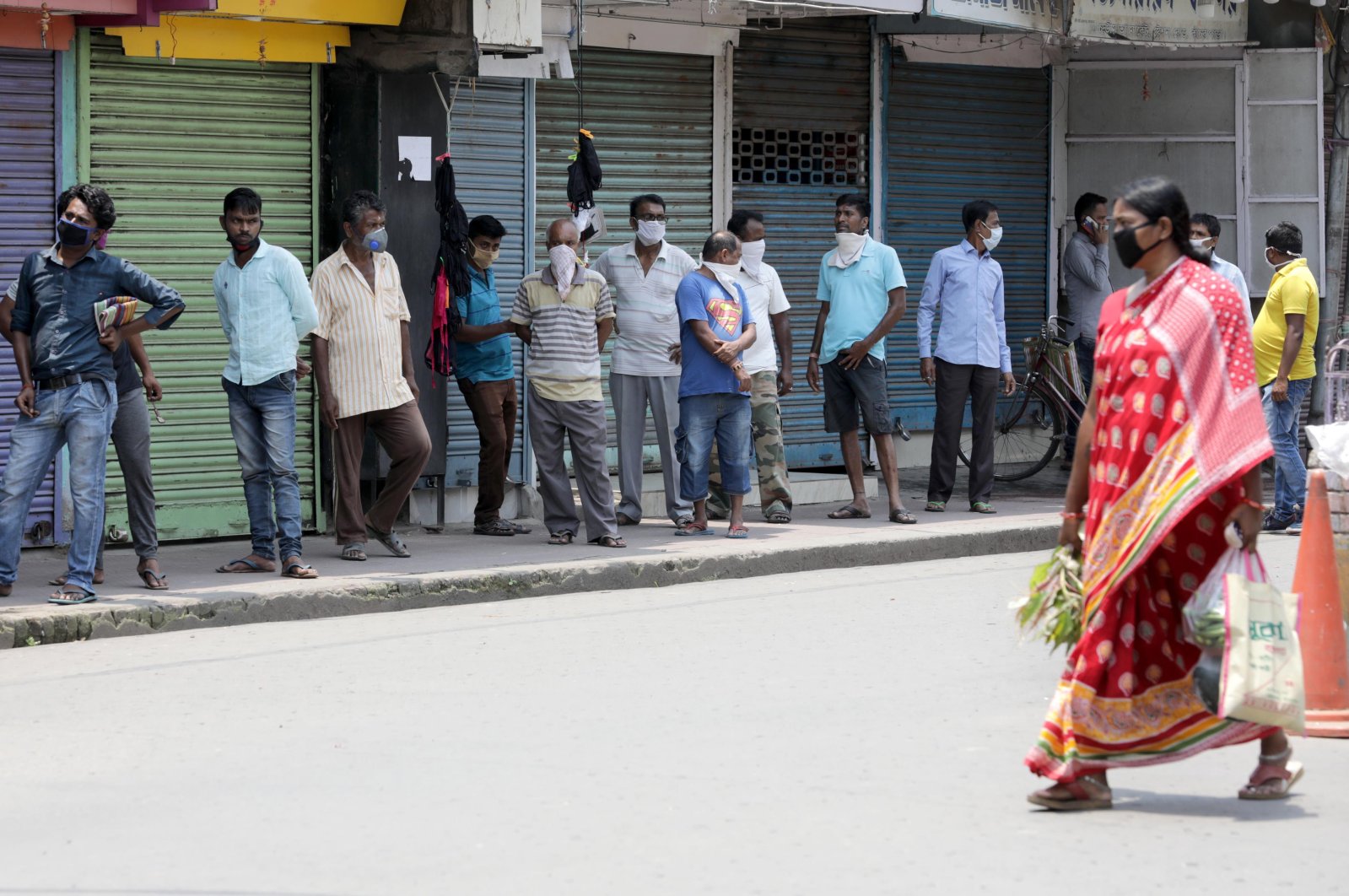 People wearing face masks queue up without keeping social distance outside a liquor store amid the ongoing coronavirus lockdown in Kolkata, India, May 5, 2020. (EPA Photo)
by Reuters May 05, 2020 11:31 am
RECOMMENDED

Officials in India's capital imposed a special tax of 70% on retail liquor purchases from Tuesday, to deter large gatherings at stores as authorities ease a six-week lockdown imposed to slow the spread of the coronavirus.

Taxes on alcohol are a key contributor to the revenue of many of India's 36 states and federal territories, most of which are running short of funds because of the lengthy disruption in economic activity caused by the virus.

Police baton-charged hundreds of people who had flocked to liquor shops when they opened Monday for the first time in a relaxation of the world's biggest lockdown, which is set to run until May 17.

"It was unfortunate that chaos was seen at some shops in Delhi," said Arvind Kejriwal, the state's chief minister.

"If we come to know about violations of social distancing and other norms from any area, then we will have to seal the area and revoke the relaxations there," he added.

Other states, such as southern Andhra Pradesh, where people also violated social distancing measures to queue up in their hundreds for alcohol, also hiked prices.

The increases come as India reported 3,900 new infections Tuesday for its highest single-day rise, taking the tally to 46,432. The death toll stood at 1,568, the health ministry said.

Health experts said the daily increase shows India remains at risk despite a severe lockdown that has confined its population of 1.3 billion to their homes since late March, with all public transport halted and economic activity nearly frozen.

"The curve has not shown a downward trend. That is cause for concern," said Dr Randeep Guleria, director of New Delhi's premier All-India Institute of Medical Sciences.

India's average daily increase in cases has been 6.1 over the past week, behind Russia and Brazil but higher than Britain, the U.S. and Italy.

The biggest spikes were recorded in the western states of Maharashtra, home to India's commercial capital of Mumbai, and Gujarat as well as Delhi. These densely populated urban centers drive India's economy, powered by armies of migrant workers.

Government officials said the lockdown had helped avert a surge of infections that could have overwhelmed medical services, however.

Now cases are doubling every 12 days, up from 3.4 days when the lockdown began, said Lav Agarwal, a joint secretary in the health ministry.

"Lockdown and containment are yielding results, the challenge is now to improve on the doubling rate," he added.