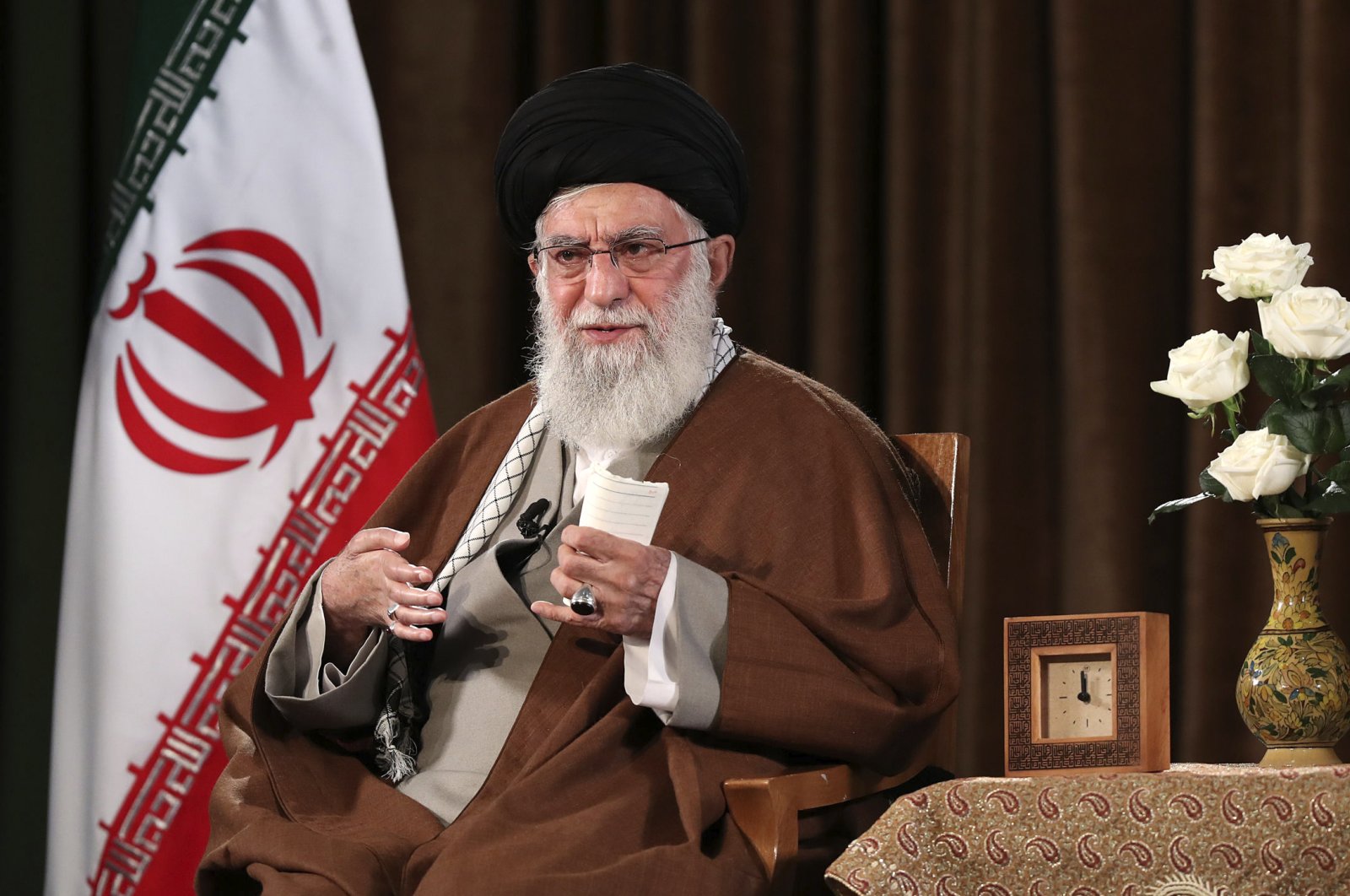 Iran's supreme leader refused U.S. assistance Sunday to fight the new coronavirus, citing an unfounded conspiracy theory that the virus could be man-made by America.
Ayatollah Ali Khamenei's comments come as Iran faces crushing U.S. sanctions blocking the country from selling its crude oil and accessing international financial markets.
But while Iranian civilian officials in recent days have increasingly criticized those sanctions, 80-year-old Khamenei instead chose to traffic in the same conspiracy theory increasingly used by Chinese officials about the new virus to deflect blame for the pandemic.
"I do not know how real this accusation is but when it exists, who in their right mind would trust you to bring them medication?" Khamenei said. "Possibly your medicine is a way to spread the virus more.”
He also alleged without offering any evidence that the virus "is specifically built for Iran using the genetic data of Iranians which they have obtained through different means."
"You might send people as doctors and therapists, maybe they would want to come here and see the effect of the poison they have produced in person," he said.
There is no scientific proof offered anywhere in the world to support Khamenei's comments.
However, his comments come after Chinese government spokesman Lijian Zhao tweeted earlier this month that it "might be US army who brought the epidemic to Wuhan. Be transparent! Make public your data! US owe(s) us an explanation!”
Lijian likewise offered no evidence to support his claim, which saw the U.S. State Department summon China's ambassador to complain.
Wuhan is the Chinese city where the first cases of the disease were detected in December. In recent days, the Trump administration has increasingly referred to the virus as the "Chinese” or "Wuhan” virus, while the World Health Organization used the term COVID-19 to describe the illness the virus causes. Even a U.S. senator from Arkansas has trafficked in the unfounded conspiracy theory it was a man-made Chinese bioweapon.
For most people, the new coronavirus causes only mild or moderate symptoms, such as fever and cough. For some, especially older adults and people with existing health problems, it can cause more severe illness, including pneumonia. The vast majority of people recover from the new virus.
Scientists have not yet determined exactly how the new coronavirus first infected people. Evidence suggests it originated in bats, which infected another animal that spread it to people at a market in Wuhan. The now-shuttered Huanan Seafood Wholesale Market advertised dozens of species such as giant salamanders, baby crocodiles and raccoon dogs that were often referred to as wildlife, even when they were farmed.
An article published last week in the peer-reviewed scientific journal Nature Medicine similarly said it was "improbable” that the virus "emerged through laboratory manipulation of a related SARS-CoV-like coronavirus.”
Khamenei made the comments in a speech in Tehran broadcast live Sunday across Iran marking Nowruz, the Persian New Year. He had called off his usual speech at Imam Reza shrine in Mashhad over the virus outbreak.
His comments come as Iran has over 20,600 confirmed cases of the new coronavirus amid 1,556 reported deaths.
Iran is one of the hardest-hit countries in the world by the new virus. Across the Mideast, Iran represents eight of 10 cases of the virus and those leaving the country have carried the virus to other countries.
Iranian officials have criticized U.S. offers of aid during the virus crisis as being disingenuous. They have accused the Trump administration of wanting to capitalize on its "maximum pressure” campaign against Tehran since withdrawing from the nuclear deal in May 2018.
However, the U.S. has directly offered the Iran aid in the past despite decades of enmity, like during the devastating Bam earthquake of 2003.