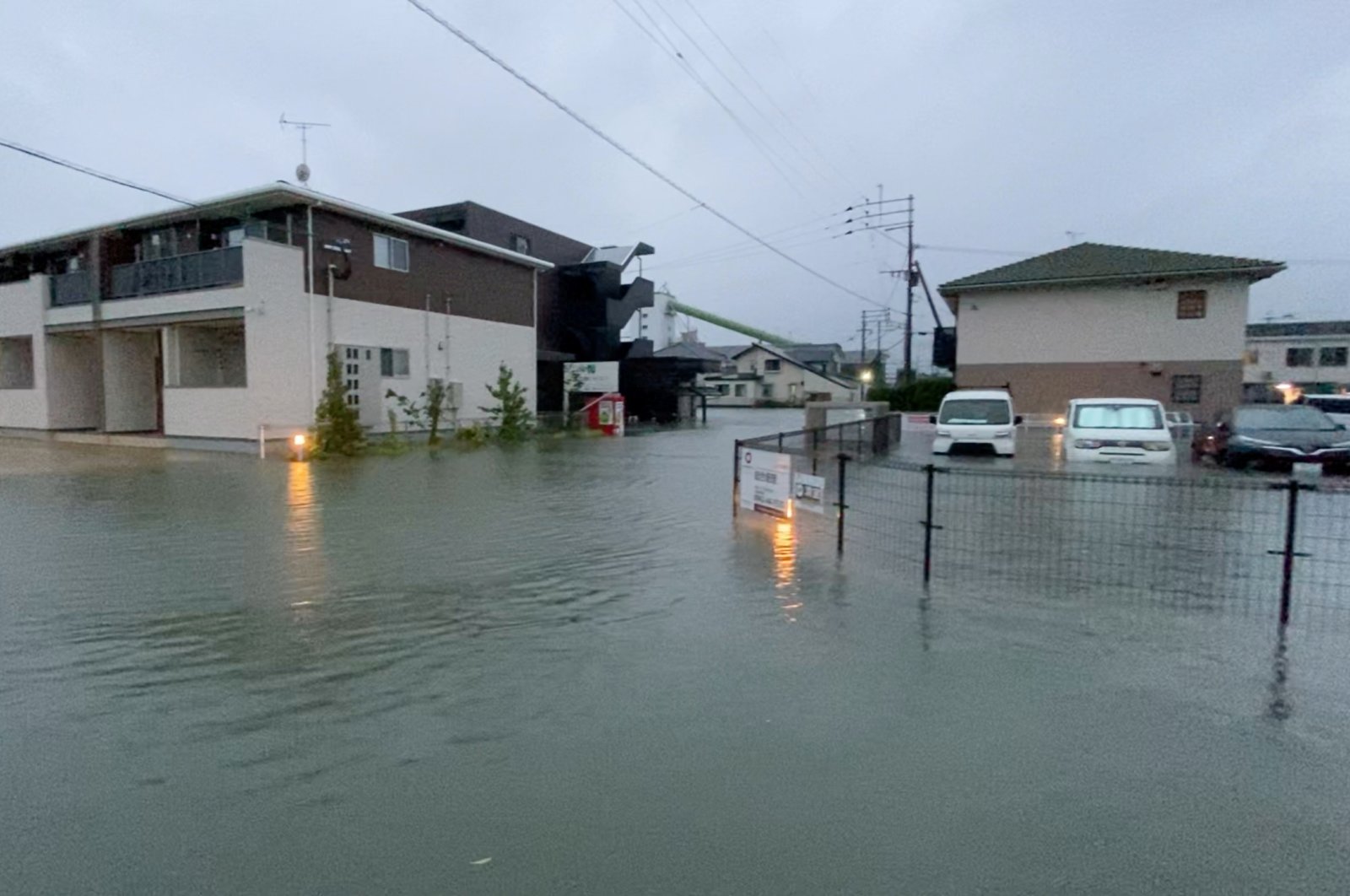 A person stands at a flooded street during heavy rain in Kurume, Fukuoka Prefecture, Japan August 14, 2021, in this still image taken from video provided on social media. (Photo courtesy of @Napspans on Twitter / via Reuters)
by Anadolu Agency Aug 15, 2021 9:46 am

About 1.42 million households in Japan were called to evacuate Sunday after heavy rains hit the western and southern regions of the country, according to local media.

The Japan Meteorological Agency said the evacuations were called in the prefectures of Fukuoka, Saga, Hiroshima and Nagasaki on Kyushu island, public broadcaster NHK reported.

Many areas in the country continue to be hit by heavy rains following seasonal typhoons.

The downpours have caused 14 rivers to overflow throughout the region.