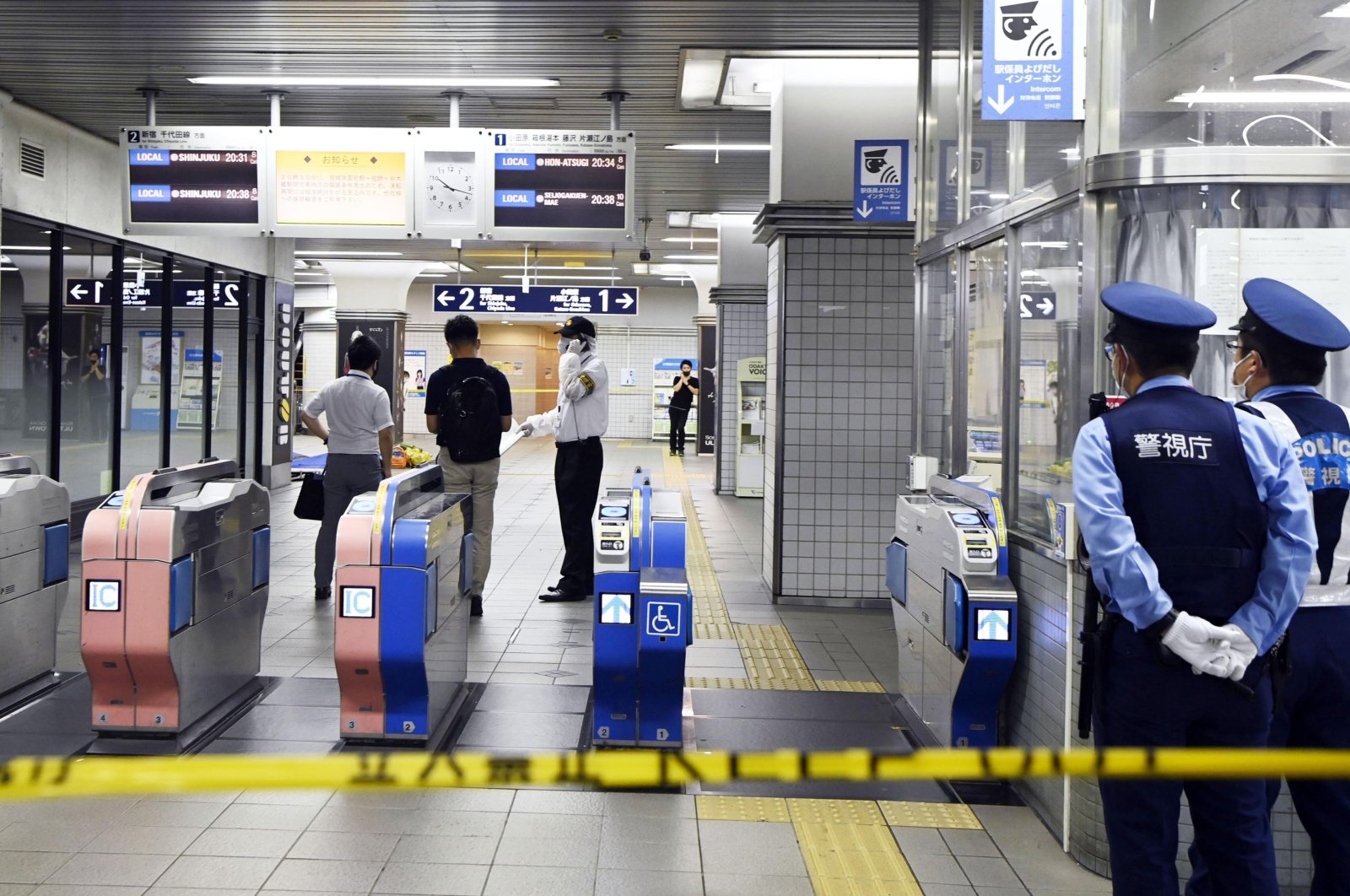 Policemen stand as ticket gates are sealed off at Soshigaya Okura Station after stabbing on a commuter train, in Tokyo, Aug. 6, 2021. (Kyodo News via AP)
by ASSOCIATED PRESS Aug 07, 2021 12:54 pm
RECOMMENDED

A man who stabbed 10 people on a commuter train in Tokyo was arrested by Japanese police Saturday.

The 36-year-old man told police he wanted to kill women who appeared happy, and chose his targets at random, the public broadcaster NHK said. The initial victim, a woman in her 20s, was in serious condition, according to NHK and other Japanese media. Police identified the attacker as Yusuke Tsushima.

The Tokyo Fire Department said nine of the 10 injured passengers were taken to nearby hospitals, while the 10th was able to walk away. All of the injured were conscious, fire department officials said.

The Japanese capital is currently hosting the Olympics, which end Sunday. The site of the stabbing spree was about 15 kilometers (9 miles) away from the main National Stadium.

NHK said the suspect left his knife behind as he fled, and later walked into a convenience store and identified himself as the suspect on the news, and said he was tired of running away. The store manager called the police after seeing bloodstains on the man’s shirt.

TBS television said he told police he developed the intent to kill women who “looked happy,” and stabbed a woman who happened to be seated near him in the carriage. He also told police that he chose to stage the attack inside a train because it offered the chance to kill a large number of people.

The suspect was also carrying cooking oil and a lighter, with which he allegedly intended to set a fire inside the carriage, NHK reported, quoting police.

A witness at a nearby station where the train stopped said passengers were rushing out of the carriages, shouting that there was a stabbing and asking for first aid. Another witness told NHK that he saw passengers smeared with blood come out of the train, as an announcer asked for doctors and for passengers carrying towels.

Dozens of paramedics and police arrived at the station, one of the witnesses said.

While shooting deaths are rare in Japan, the country has had a series of high-profile killings with knives in recent years.

In 2019, a man carrying two knives attacked a group of schoolgirls waiting at a bus stop just outside Tokyo, killing two people and injuring 17 before killing himself. In 2018, a man killed a passenger and injuring two others in a knife attack on a bullet train. In 2016, a former employee at a home for the disabled allegedly killed 19 people and injured more than 20.