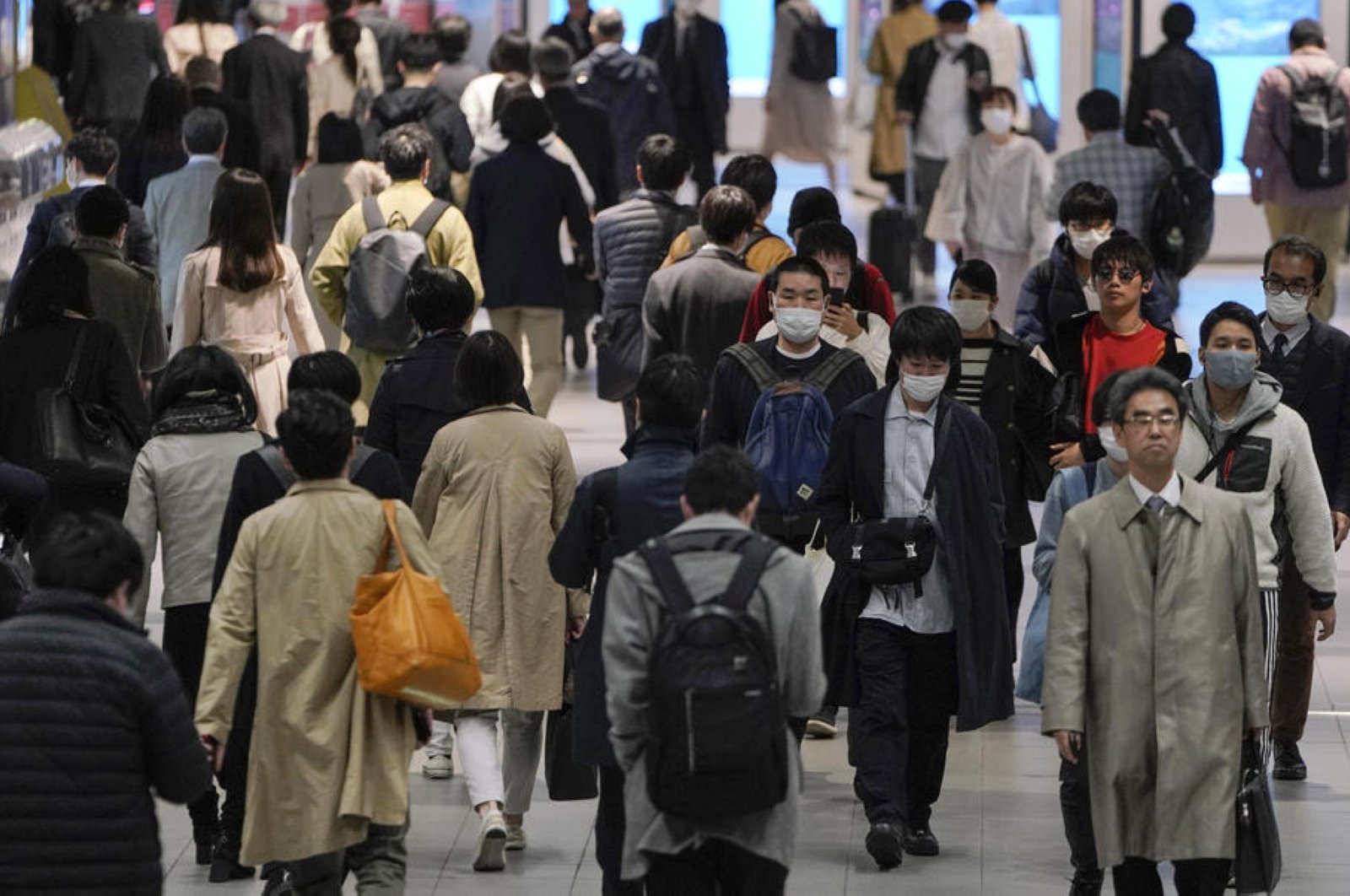 The total number of Japanese novel coronavirus infections hit at least 5,002 on Thursday, NHK public broadcaster said, as the virus shows no signs of slowing despite a state of emergency being imposed this week on Tokyo and six other areas.

The milestone came as the central bank warned the coronavirus pandemic had created an "extremely high" level of uncertainty for the world's third-largest economy, with regional economies facing their worst conditions since the global financial crisis a decade ago.

Japanese authorities are hoping to contain the outbreak without imposing a mandatory lockdown that could deal a major blow to an economy already struggling to cope with the virus outbreak.

Once declared by the central government, the state of emergency gives local governors stronger legal authority to urge people to stay home and businesses to close.

In contrast to stringent lockdowns in some countries, mandating fines and arrests for non-compliance, enforcement will rely more on peer pressure and a deep-rooted Japanese tradition of respect for authority.

Tokyo's nightlife districts of Shibuya, Akasaka and Ginza areas were much quieter than usual overnight as the state of emergency took effect, but elsewhere on Thursday things seemed as busy as usual.

The number of new infections rose by at least 29 on Thursday to 5,002, while the death toll edged up by 1 to 105, according to Japanese media reports.

"If we watch what's happened in the last week it doesn't look good and so we're making preparations," he said.