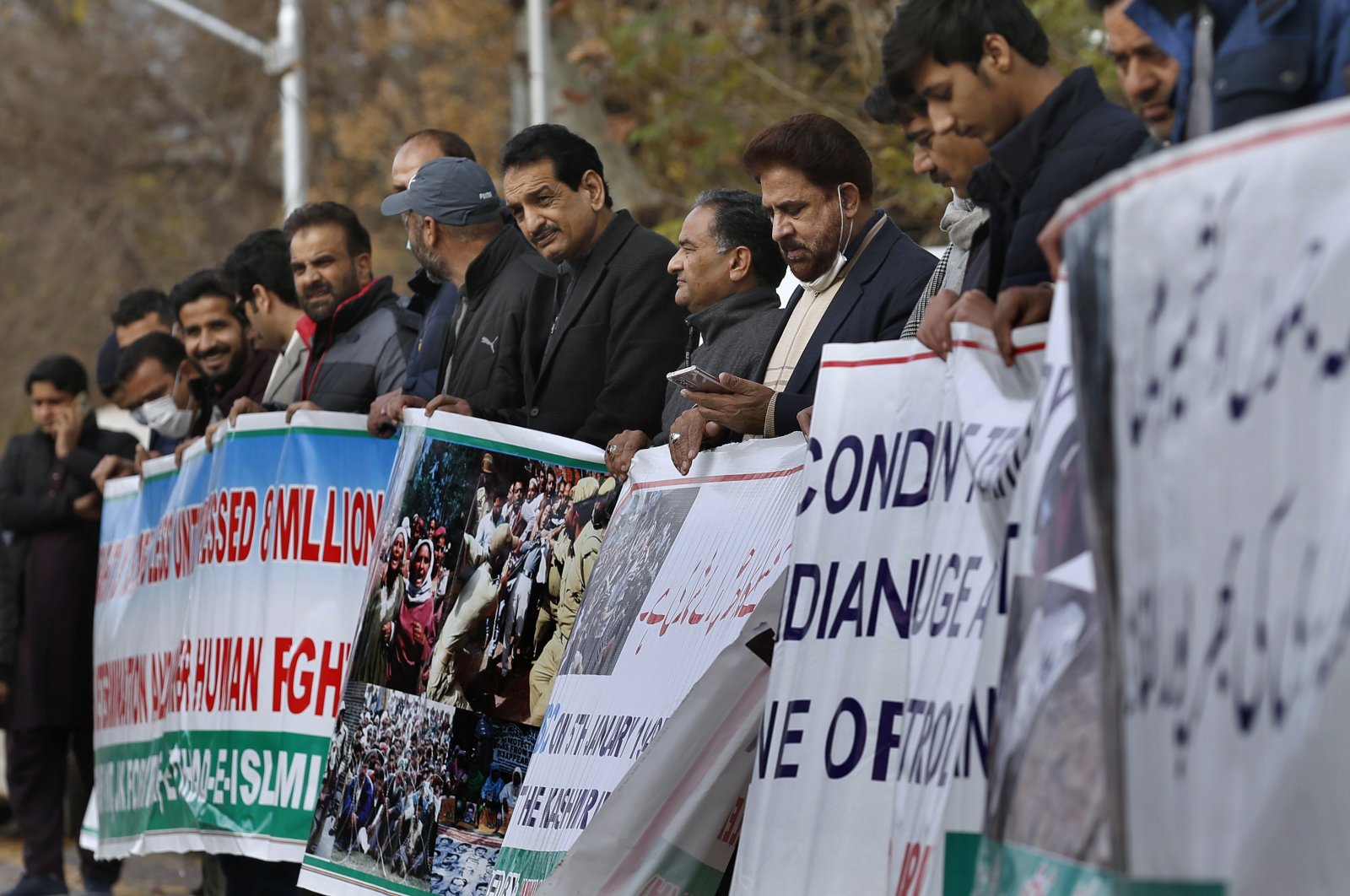 Dozens of Kashmiri activists rallied in Pakistan's capital Tuesday to urge the United Nations to ensure Kashmir's right to self-determination under a decades-old resolution on the disputed region. Chanting slogans including "we want freedom," they urged the world community to take notice of alleged Indian human rights violations in Kashmir, which is split between Pakistan and India and claimed by both in its entirety.

The rally in Islamabad came as Kashmiris marked the anniversary of a U.N. resolution passed in 1948 that called for a referendum on whether Kashmiris wanted to merge with Pakistan or India, as The Associated Press (AP) reported.

Kashmir became an issue at the end of British colonial rule in 1947 when the Indian subcontinent was divided into predominantly Hindu India and mainly Muslim Pakistan and Kashmir's future was left unresolved. Pakistan and India have fought two of their three wars over Kashmir.

The first war between them ended in 1948 with a United Nations-brokered cease-fire that left Kashmir divided. The promise of a U.N.-sponsored referendum on its "final disposition" has never been fulfilled, and the resolution was nonbinding, to begin with. India accuses Pakistan of arming and training Kashmir insurgents in its portion of Kashmir. Pakistan says it only provides moral and diplomatic support.

Since 1947, more than 94,000 Kashmiris have been killed during clashes with Indian authorities, according to Pakistani sources. Islamabad has urged the international community to fulfill its moral and legal obligation by giving Kashmiris the chance to realize their inalienable right to self-determination in accordance with U.N. Security Council (UNSC) resolutions.

Pakistan and India routinely accuse each other of unprovoked attacks along the tense Kashmir frontier in violation of a 2003 cease-fire agreement. Pakistan says India has violated the truce more than 2,000 times this year alone. Relations have been further strained since August last year, when India revoked the Muslim-majority region’s decades-old semiautonomous status, touching off anger on both sides of the frontier. Since then, troops have frequently traded fire, leaving dozens of civilians and soldiers dead on both sides.