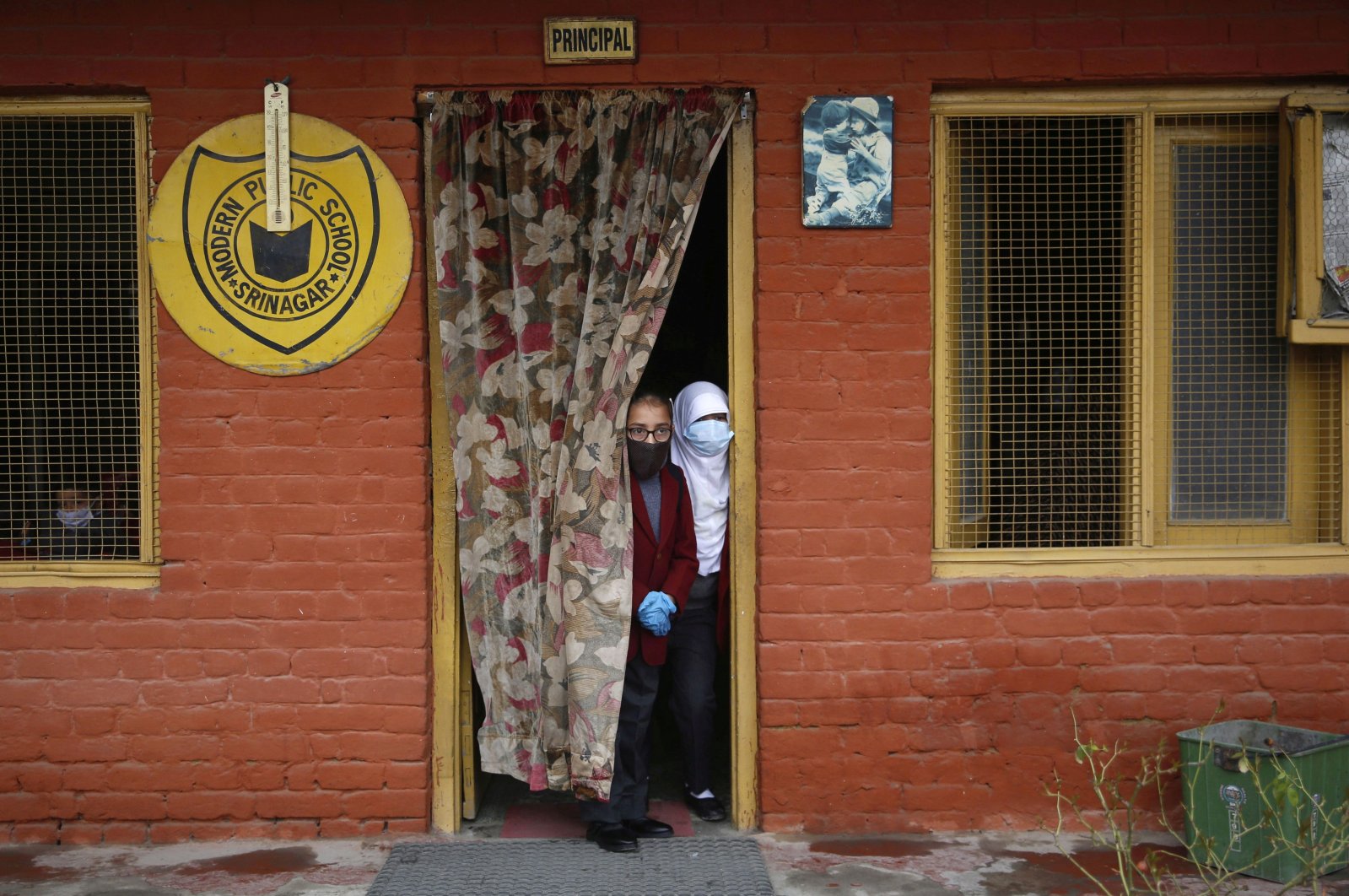 Schools in Kashmir have finally opened after a long one-and-a-half-year coronavirus break. Just like most of the countries elsewhere in the world, educational institutions in Indian-administered Jammu and Kashmir have been on break since March 2020 due to the COVID-19 pandemic.

Under normal circumstances, schools in Kashmir would have a winter break lasting from December to March. Last March, however, schools had just opened after a seven-month military and communications lockdown imposed by the Indian government on Aug. 4, 2019, a day before Kashmir was stripped of its autonomous status.

Saad Ahmad Bhat, a third-grader, was excited to attend classes once again after Aug. 3, 2019, when tens of thousands of Indian soldiers took over official buildings and streets in the run-up to the Aug. 5 decision.

Saad's school is about 12 kilometers (7.4 miles) from his house in the Qamarwari area of the capital Srinagar. The region's COVID-19 guidelines do not allow school buses to pick up and drop students off for now. So Saad's father Tariq Ahmad has hired an autorickshaw to carry his son to the Ram Nath Goenka School.

"Saad can't wait to return to school. During last year's COVID-19 lockdown, he asked me to take him to school many times. He said, 'Baba, I have forgotten what my classroom looks like.' In this godforsaken place, seeing children go to school is one of the few happiest sights," Tariq told Anadolu Agency (AA).

Classes for the sixth and eighth grades began on March 8 but the classes from kindergarten to grade five were deferred till March 15. Some schools will be holding classes at half capacity and social distancing will be upheld in classrooms.

Kashmir is held by India and Pakistan in parts and claimed by both in full. A small sliver of Kashmir is also held by China.

Some Kashmiri groups in Jammu and Kashmir have been fighting against Indian rule for independence, or unification with neighboring Pakistan. According to several human rights organizations, thousands of people have reportedly been killed in the conflict in the region since 1989.