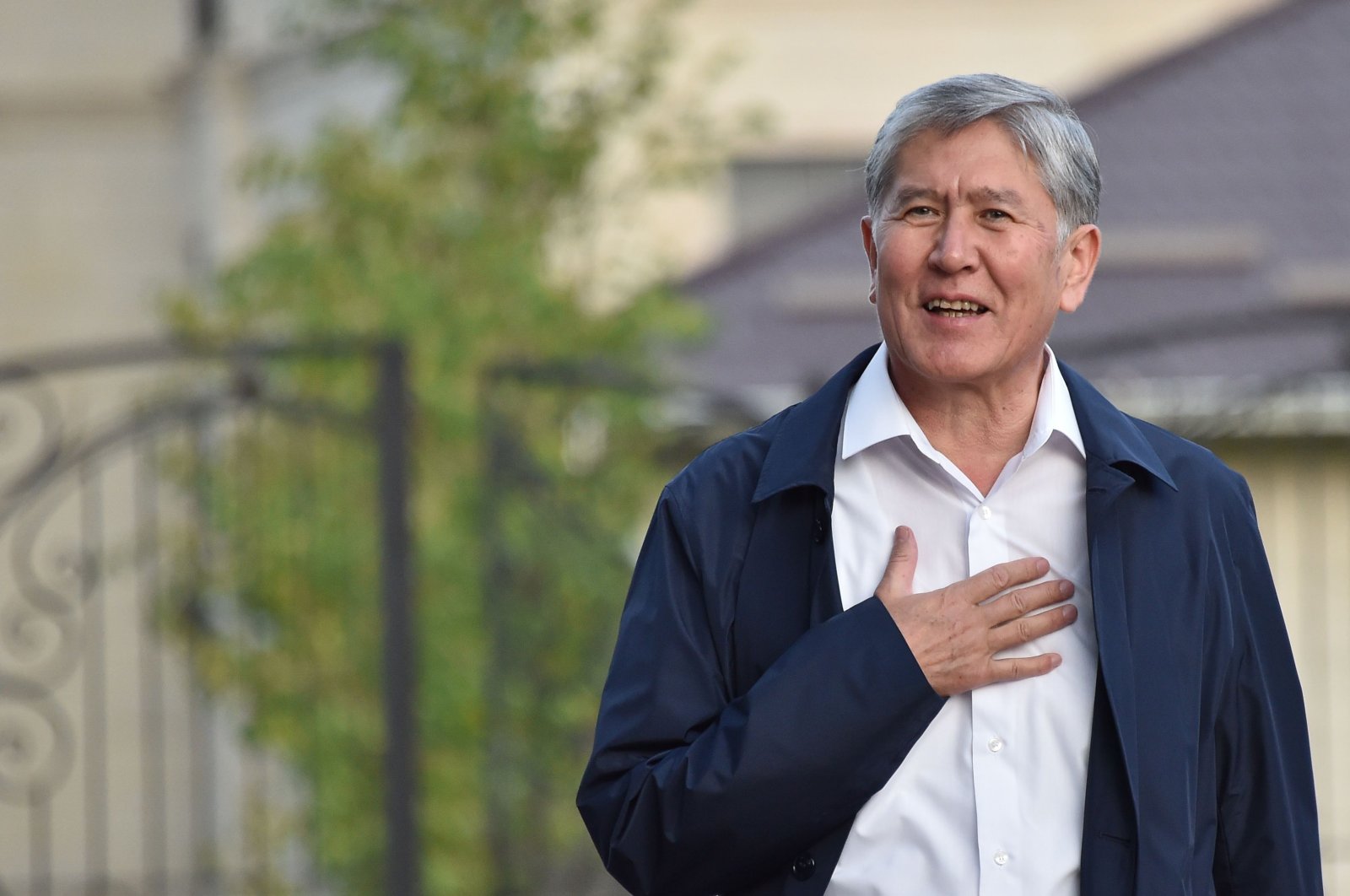 In this file photo taken on June 27, 2019 Former Kyrgyz president Almazbek Atambayev stands outside his residence in the village of Koi-Tash near the capital Bishkek. (AFP Photo)
by Compiled from Wire Services Jun 23, 2020 12:48 pm
RECOMMENDED

A Kyrgyzstan court on Tuesday sentenced former President Almazbek Atambayev to 11 years and two months in prison on corruption charges, which the former leader of the Central Asian nation has denied.

The court found Atambayev guilty of ordering a convicted criminal released from prison, in a case his supporters have dismissed as driven by a political conflict between Atambayev and his successor, President Sooronbai Jeenbekov.

Atambayev, 63, ran the Central Asian, ex-Soviet republic of 6.5 million people between 2011 and 2017, having previously taken part in revolts that toppled two other Kyrgyz presidents.

The early release from jail of ethnic Chechen crime boss Aziz Batukayev in 2013 caused a scandal in Central Asian country, where organized crime and politics are often seen as closely linked.

Investigators later found that the medical documents that provided the basis for Batukayev's release and subsequent travel to Russia were forged.

Atambayev, who was president at the time, has always denied knowledge of the falsification.

The Central Asian country, which has seen two revolutions in less than two decades, witnessed a standoff between ex-leader Atambayev and his protege-turned-foe President Sooronbai Jeenbekov. The two men were once friends, and Atambayev backed Jeenbekov's candidacy in the 2017 vote. But they fell out just months after Jeenbekov's inauguration as Atambayev publicly criticized his successor.

Atambayev accused President Jeenbekov of fabricating false criminal charges against him to stifle criticism. Atambayev was stripped of his immunity from prosecution in June. He rejected the allegations and in turn accused the current authorities of abuse of office.

Atambayev faces a series of other charges including murder in a separate court case covering violent clashes between his supporters and security forces last year.

The clashes occurred after he ignored a police summons for questioning over the Batukayev case.

A special forces officer was killed during the dramatic operation to detain the former leader.

Police detained Atambayev last August after storming his country house and exchanging fire with his supporters.