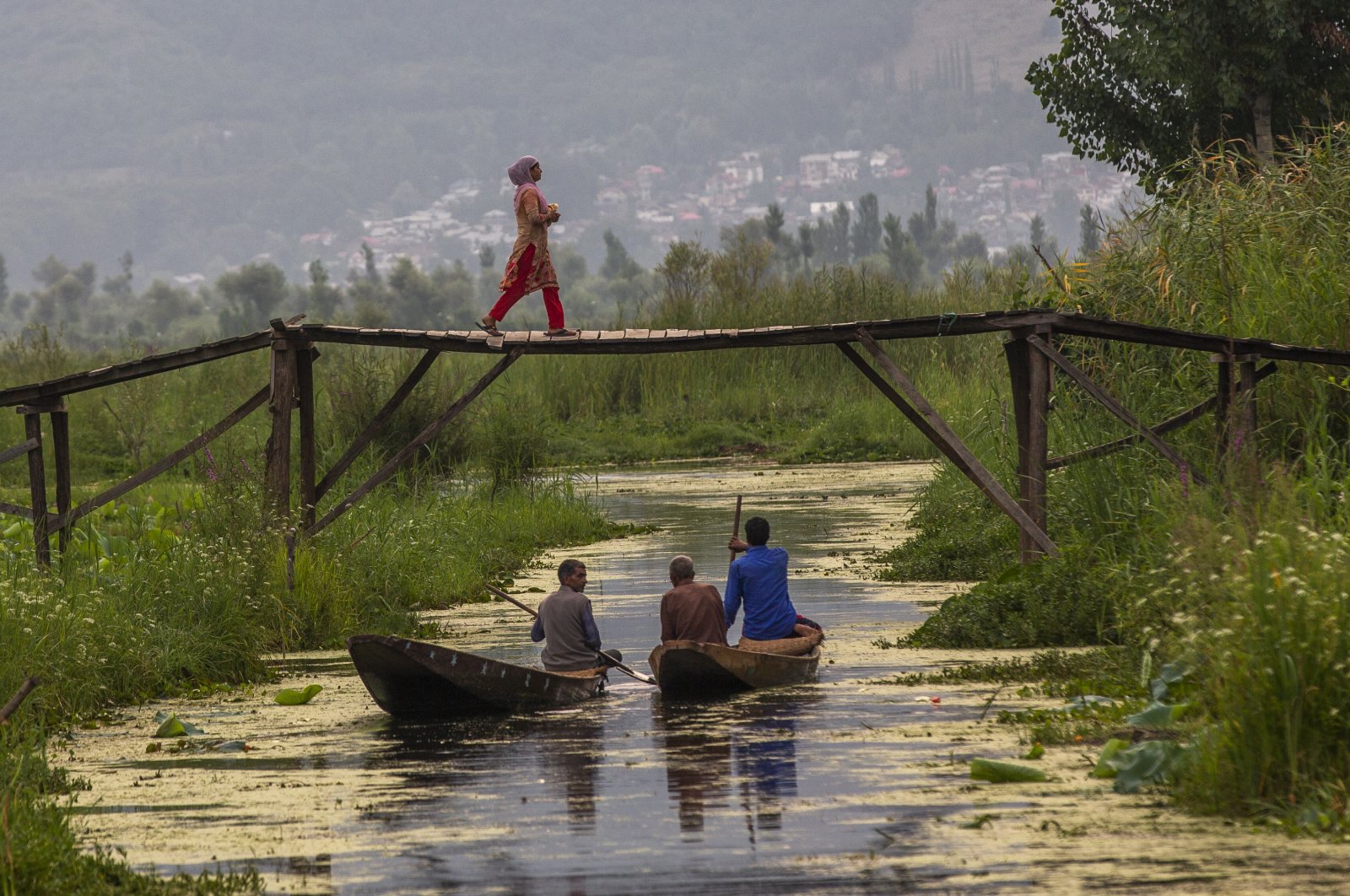 A Kashmiri woman walks back home after buying bread as men row their boat after selling their vegetables at the floating vegetable market on Dal Lake in Srinagar, Indian-occupied Kashmir, July 26, 2020. (AP Photo)
by Reuters
Jul 30, 2020 3:11 pm

A low-caste Indian community prevented from holding a funeral by their upper-caste neighbors in a case that triggered widespread outrage have been given their own cremation ground, authorities said Thursday.

About 200 men intervened to stop the cremation last week, removing the body of a woman from a funeral pyre and saying the communal site in the northern state of Uttar Pradesh was not meant for lower-caste villagers.

Police said after the incident they would not take action as the woman's family had not filed an official complaint but that they had asked for a separate cremation ground for the community.

"Now there will be no issue," said village head man Banvari Singh. "The land has been allotted very near to their homes."

India banned discrimination on caste – a system that divided Hindus into groups based on occupations - in 1955. But centuries-old biases against lower-caste groups persist, making it harder for them to access education, jobs and homes.

Their traditional burial and cremation grounds are also targeted, with lower-caste Dalits sometimes forced to keep relatives' bodies for days until they can find a place to bury or cremate them.

More than half of India's lower-caste population is landless, according to census data. Several states have laws aimed at giving land to Dalits, but few have produced results, according to Dalit activists and leaders.

Local Dalit rights activist S. R. Darapuri said it was rare for authorities to hand over land in this way.

"This must be the first case where cremation land has been allotted in my experience of 40 years," he said, attributing the decision to media coverage and public pressure.

The incident had sparked anger on social media, with politicians and campaigners demanding justice for the woman's family and an end to caste discrimination.

Rahul Bajaniya, the woman's husband, said he was happy with the move.

"Now no one else from my community will have to go through what I did," he said.