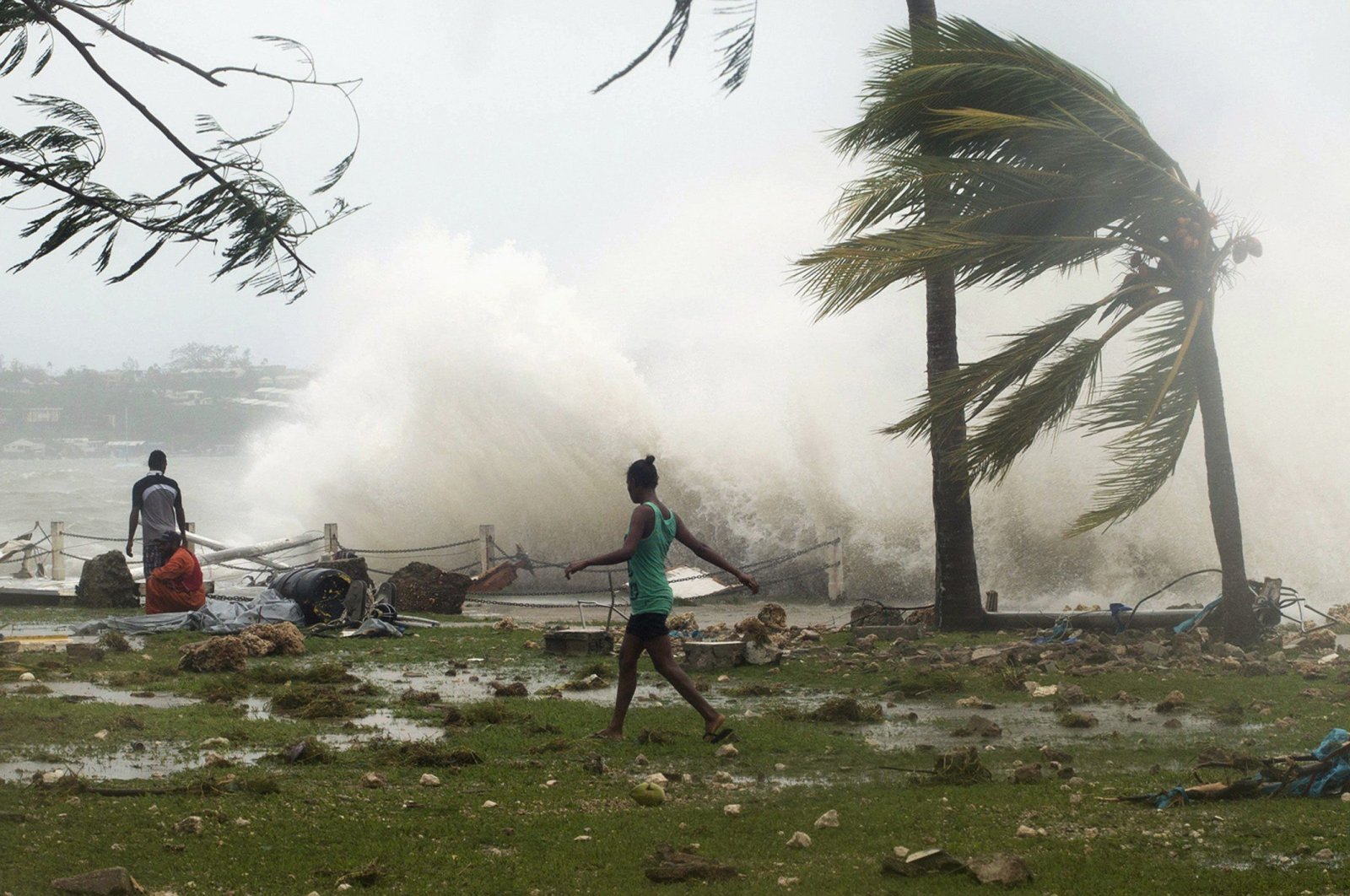 Local residents walk past debris as a wave breaks nearby in Port Vila, the capital city of the Pacific island nation of Vanuatu March 14, 2015. (UNICEF Pacific via Reuters)
by French Press Agency - AFP Feb 10, 2021 5:11 pm

An earthquake with a 7.5 magnitude was recorded off the coasts of Vanuatu and New Caledonia on Thursday, the U.S. Geological Survey announced (USGS), triggering a tsunami warning for bordering nations.

"Hazardous tsunami waves from this earthquake are possible within the next three hours," the NWS Pacific Tsunami Warning Center said.

Waves reaching between 0.3 and one metre above the tide level are possible for some coasts of Fiji, New Zealand and Vanuatu, the centre said.

Smaller waves were forecast for other nations in the region including Australia, the Cook Islands and American Samoa.

There were no initial reports of casualties or damage from the quake, which was initially recorded by USGS at magnitude 7.5 before being revised to 7.7.