Malaysia sends Rohingya refugees back to sea over virus fears 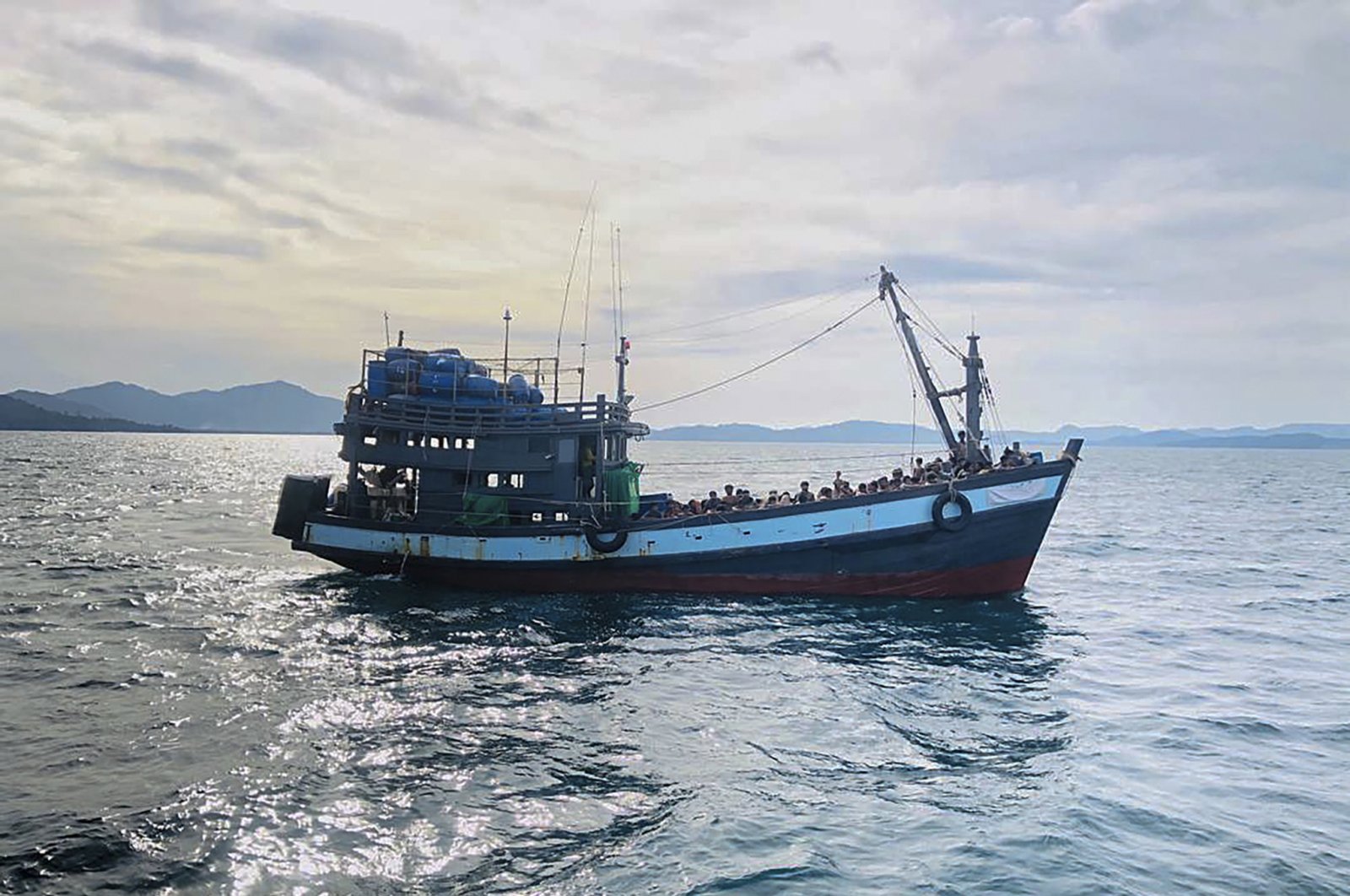 Malaysia has denied entry to a boat carrying about 200 Rohingya due to coronavirus fears, the air force said, after news emerged this week that scores died on another crowded vessel.

Activists are now fearful that large numbers of Rohingya, a persecuted Muslim minority from mostly Buddhist Myanmar, may be trapped on boats at sea and unable to reach other countries.

The latest developments have sparked concerns of a repeat of a 2015 crisis, when many Rohingya died at sea after Southeast Asian nations turned their boats back, following a crackdown on traffickers that threw established smuggling routes into chaos.

In the latest incident, the Rohingya boat was spotted Thursday by a Malaysian air force jet off the northwestern island of Langkawi and then intercepted by two navy vessels backed by a helicopter.

Malaysian sailors gave the Rohingya food before escorting them out of the country's waters, the air force said.

"With their poor settlements and living conditions ... it is strongly feared that undocumented migrants who try to enter Malaysia either by land or sea will bring (COVID-19) into the country," said an air force statement late Thursday.

It added that "maritime surveillance operations will be intensified."

The development signaled that Malaysia, which is under a nationwide lockdown to combat the spread of the virus after recording more than 5,000 cases and 80 deaths, is toughening its stance to deny Rohingya entry.

While relatively few boats carrying the minority have arrived in Malaysia since the 2015 crisis, some have been allowed into the country. Earlier this month, 202 Rohingya landed in Langkawi and were detained.

Malaysia is a favored destination for the migrants from Myanmar as it is a Muslim-majority nation with a sizeable Rohingya diaspora.

Many travel on crowded, rickety boats from squalid camps near Bangladesh's border, home to nearly a million Rohingya who fled Myanmar after a military offensive in 2017.

In the earlier incident, 60 Rohingya died on a boat crammed with hundreds of people stranded in the Bay of Bengal for more than two months, according to survivors.

That vessel was denied entry by Malaysia and Thailand and then headed back to Bangladesh where the migrants were picked up by the coast guard late Wednesday. About 400 people were rescued.

Activist group Fortify Rights said Rohingya had told them other ships were adrift at sea between Bangladesh and Malaysia and urged regional governments to allow boats ashore.

"Sending an ill-equipped ship of refugees out to sea is unlawful and a death sentence," said the group's CEO Matthew Smith.

United Nations human rights office spokesman Rupert Colville said it "should be a time for compassion towards those in desperate need of assistance and protection," and he urged greater search and rescue efforts.

"Dangerous interception practices, including pushing back boats that are trying to land, must be scrupulously avoided," he said.

Rohingya leaders meanwhile warned there were signs that human traffickers were becoming more active in the sprawling Bangladeshi camps.

"After the crackdown on human traffickers in 2014-2015, there was a temporary hold on the trafficking of refugees but the current deteriorating situation in both countries, in Myanmar and Bangladesh, has opened up opportunities," Mojib Ullah, an Australia-based Rohingya leader, told Agence France-Presse (AFP).

Another community leader, Sayed Ullah, added that trafficking gangs "remain very active" in the camps despite efforts by police to stop them.

"Rohingya people have no future here (in the camps). Whoever gets a chance is trying to escape, seeking a better future," he told AFP.