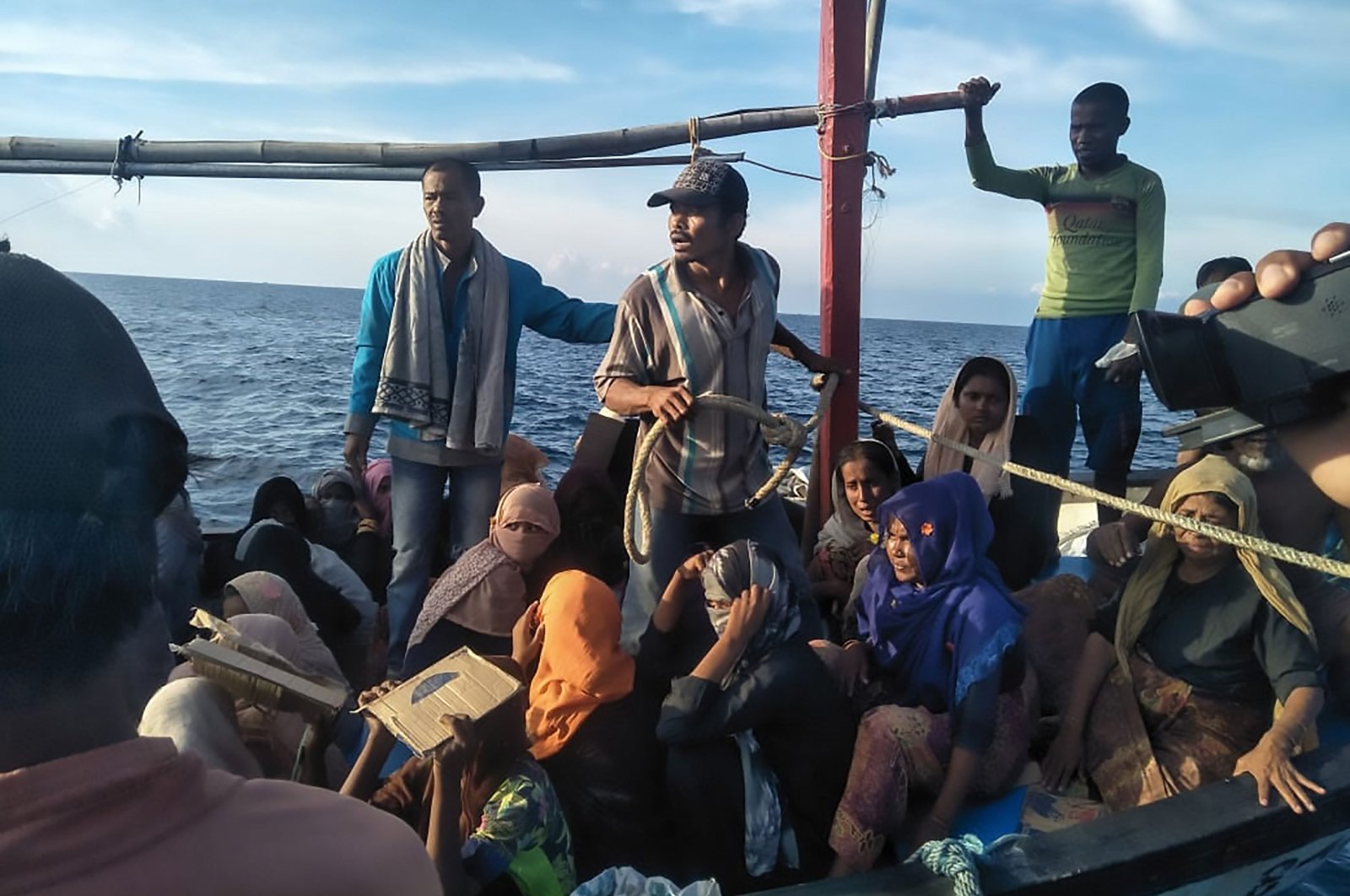 In this June 24, 2020, handout photo a vessel carries Rohingya refugees some 8 kilometers (5 miles) offshore in Malacca Strait between Indonesia and Malaysia. (Indonesia Navy via AFP)
by REUTERS Jun 26, 2020 1:36 pm
RECOMMENDED

Malaysia can no longer take in Rohingya Muslim refugees from Myanmar, Prime Minister Muhyiddin Yassin said Friday, citing a struggling economy and dwindling resources as a result of the coronavirus pandemic.

Muslim-majority Malaysia has long been a favored destination for Rohingya seeking a better life after fleeing a 2017 military-led crackdown in Myanmar and refugee camps in Bangladesh.

But Malaysia, which does not recognize refugee status, has recently turned away boats and detained hundreds of Rohingya, amid rising anger toward foreigners who have been accused of spreading the coronavirus and taking up scarce state funds.

"We can no longer take more as our resources and capacity are already stretched, compounded by the COVID-19 pandemic," Muhyiddin said in a teleconference with other leaders of the 10-member Association of South East Asian Nations (ASEAN), which includes Myanmar.

"Yet, Malaysia is unfairly expected to do more to accommodate incoming refugees," Muhyiddin also said.

The treatment of Rohingya has been divisive for ASEAN, with its two Muslim-majority members – Malaysia and Indonesia – criticizing Buddhist-majority Myanmar and expressing growing frustration with Rohingya arriving on boats operated by people smugglers.

Myanmar denies abuses against members of the minority in Rakhine state, in western Myanmar, but says the Rohingya are not citizens but illegal immigrants from South Asia.

Rohingya have for years boarded boats between November and April, when the seas are calm, to get to Southeast Asian countries including Malaysia, Thailand and Indonesia.

He also called for more efforts to combat the trafficking of Rohingya, who he said were increasingly at risk for exploitation, slavery and recruitment by militants.

Dozens of Rohingya died and their bodies were thrown overboard from a boat that later landed on a Malaysian island this month with 269 people on board, authorities said.

On Thursday, nearly 100 Rohingya were rescued by fishermen from a boat adrift off Indonesia.

Myanmar’s military in August 2017 launched what it called a clearance campaign in Rakhine state in response to an alleged attack by a Rohingya insurgent group. The campaign forced about 740,000 Rohingya to flee to neighboring Bangladesh and led to accusations that security forces committed mass rapes and killings and burned thousands of homes.