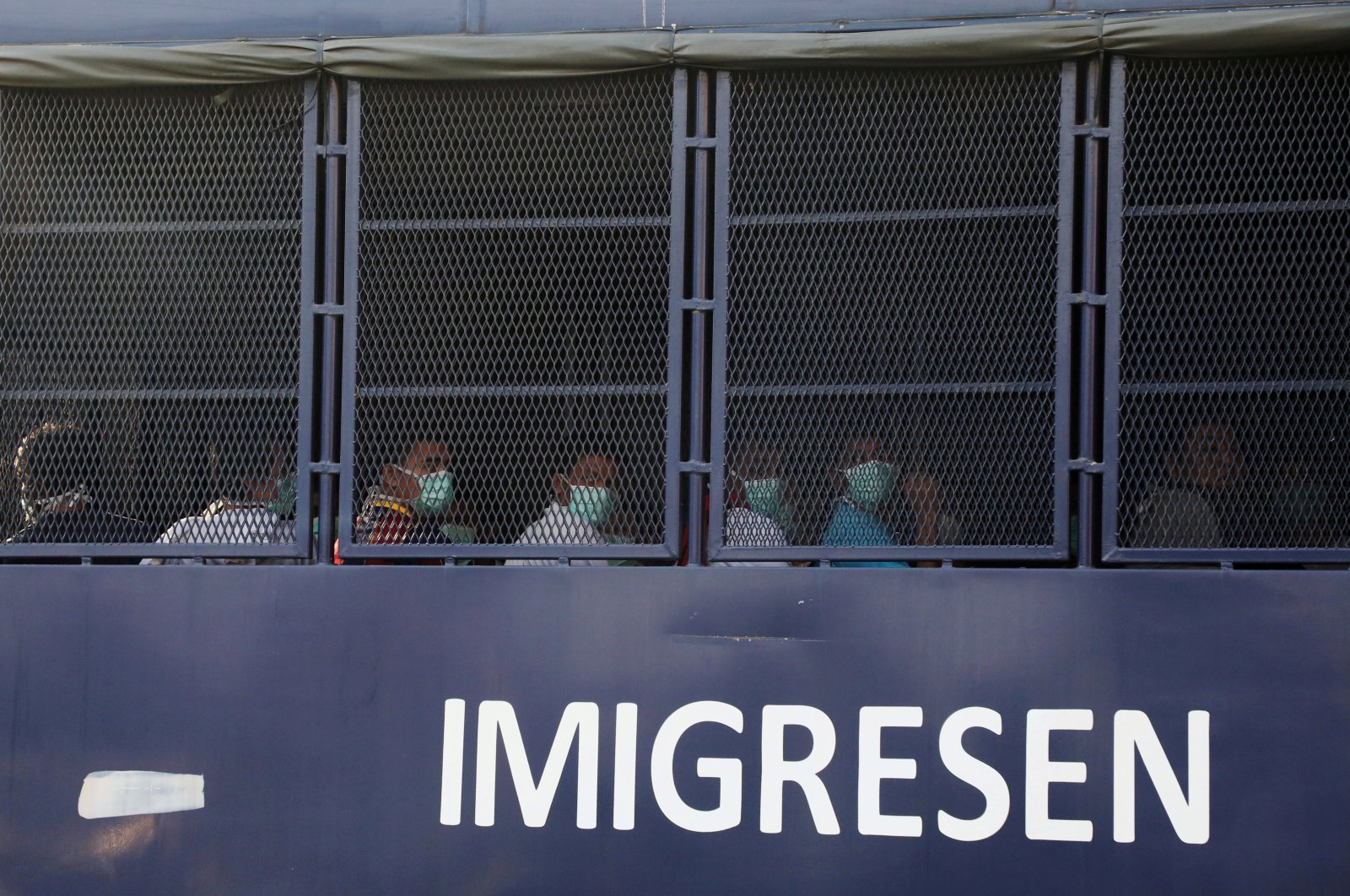 Myanmar migrants to be deported from Malaysia are seen inside an immigration truck, in Lumut, Malaysia, Feb. 23, 2021. (Reuters Photo)
by Reuters Mar 09, 2021 8:36 am
RECOMMENDED

A Malaysian court on Tuesday granted international human rights groups permission to challenge the recent deportation of Myanmar nationals, a major step in a country where the law bars immigration decisions from being questioned in court.

The ruling by the Kuala Lumpur High Court on Tuesday paves the way for a full hearing on the deportations and extends a stay barring the removal of another 114 Myanmar nationals until the end of the judicial review. Malaysia had initially said it would deport 1,200 people.

The groups' legal bid is unlikely to bring those who have already been deported, but could allow similar challenges against future removals, New Sin Yew, a lawyer for the human rights groups, told Reuters.

"It's a very important decision because it recognises the function of non-government organisations like Asylum Access and Amnesty International and their standing in bringing judicial review to hold the authorities accountable," New said, as he detailed the court's decision.

The immigration department did not immediately respond to a request for comment on the court ruling.

The court said it will hear the challenge on March 23.

Malaysia's immigration department has said the returned group did not include Rohingya refugees or asylum seekers, but concerns have persisted. The U.N. refugee agency has been denied access to detainees for more than a year to verify their status.

The rights groups in their court filing said three U.N.-registered people and 17 minors with at least one parent in Malaysia were on the deportee list. It was unclear if those individuals were among the group already sent back.