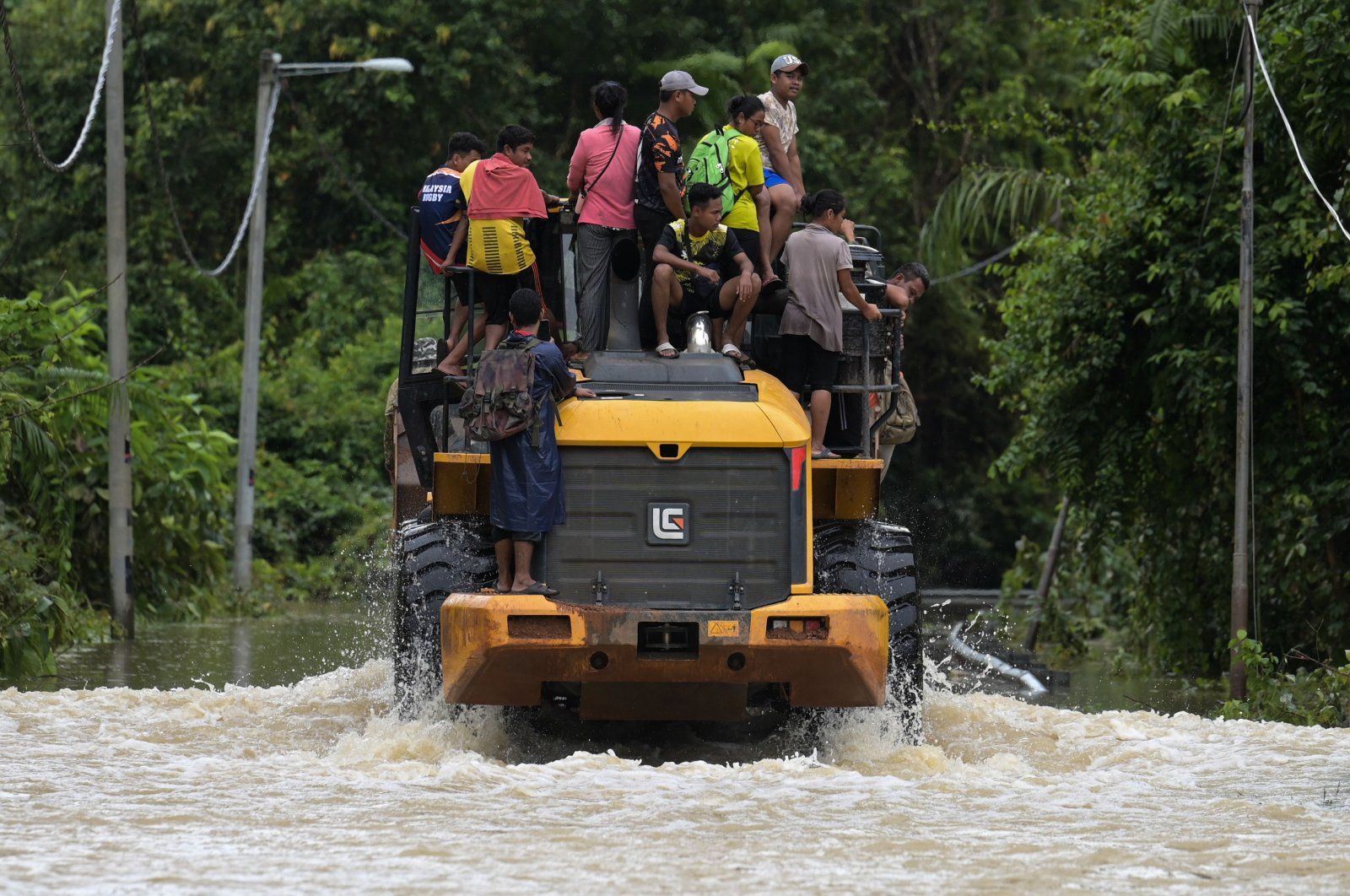 Malaysian villagers were evacuated in an excavator while others swam through deep waters Wednesday as the number forced from their homes by floods rose to more than 28,000 with at least four dead.

Flooding hits the country's east coast during the rainy season annually and regularly results in mass evacuations, but people in some areas say this year's are the worst in decades.

The worst-hit state is Pahang, where over 21,000 have been evacuated in recent days, with almost 4,000 forced from their homes in Johor and thousands more in other states, according to the social welfare department. Four deaths have so far been reported in Pahang and Johor.

On Wednesday a group of villagers was evacuated from the small settlement of Kampung Sementeh in Pahang, which has been cut off by the floods, in an excavator, an Agence France-Presse (AFP) journalist at the scene said.

A pregnant woman and a sick elderly lady were among a handful of residents sitting in the raised shovel of the machine as it drove along a flooded road, while others hung off the cab. Residents of another cut-off village swam through floodwaters about 6 feet (1.8 meters) deep as they sought to obtain supplies of fresh water and food.

"It has been raining for three days, food is running low, some shops are closed," factory worker Juzaili Mat Zain, 44, who helped organize the excavator evacuation from Kampung Sementeh, told AFP. "There are no government boats or heavy trucks to help."

Electricity had been cut off in the village and some houses were inundated, he added. Resident Ahmad Saad Mohamad, 48, said it was the area's worst floods for four decades. "We are disappointed and angry," he told AFP.

"It has been three days and there has been no government aid." This year's floods come against the backdrop of a worsening coronavirus outbreak, with some fearful they could be exposed to COVID-19 in crowded relief centers.

The government insists it has taken steps to prevent the virus from spreading, including ordering officials to screen evacuated villagers.