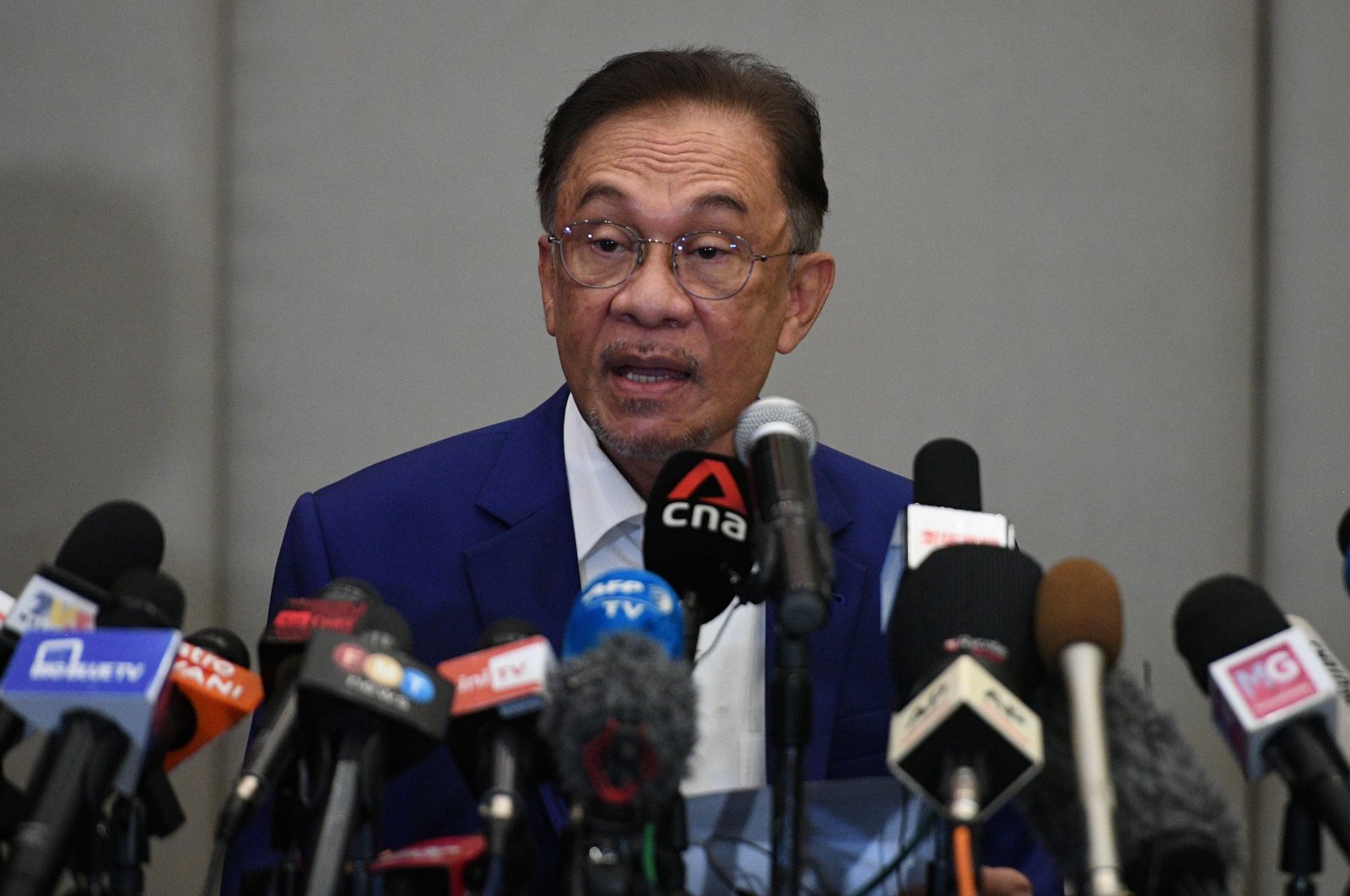 Malaysian opposition leader Anwar Ibrahim on Tuesday met with the country's king and said he submitted documents proving his "strong and convincing" parliamentary support to form a government and that Prime Minister Muhyiddin Yassin should resign.

Anwar said he had the support of over 120 lawmakers in the 222-strong Parliament, disclosing his numbers for the first time since his announcement last month that he had secured a majority from federal lawmakers to form a new government.

Anwar said it was now up to King Al-Sultan Abdullah to decide on the next step, but added Muhyiddin had lost his majority and should resign.

"I urge all parties to give space to the king to carry out his responsibilities under the constitution, and to go through the documents and call party leaders to confirm and receive their input and views," Anwar told reporters.

The king plays a largely ceremonial role but he can appoint a prime minister who in his view is likely to command a majority. The king could also dissolve Parliament and trigger elections on the prime minister's advice.

In March, the king appointed Muhyiddin as the prime minister after the unexpected resignation of Mahathir Mohamad, saying he believed Muhyiddin commanded majority support in Parliament.

The power struggle comes as Malaysia, already grappling with an economy battered by the coronavirus, faces a renewed surge in infections.

Should Anwar succeed in securing the post, it would be the culmination of a 22-year long quest, which included nearly 10 years in jail on charges he denied. It would also mean Malaysia would have its third prime minister this year.

But skepticism over Anwar's challenge remains as no major party has offered a clear declaration of support. One party, which is a member of the ruling coalition, has said some of its lawmakers supported Anwar.

"Should the meeting fail to translate into an actionable outcome, his credibility will be affected and this may push the opposition bloc to find another PM candidate," said Shazwan Mustafa Kamal, senior associate at political consultancy Vriens & Partners.

Muhyiddin, whose seven-month-old administration has survived on a razor-thin parliamentary majority, had earlier dismissed Anwar's claims as a "mere allegation" and told him to prove his majority through a constitutional process.

Long-time opposition leader Anwar was a key figure in the alliance that won a shock victory in landmark elections in 2018, toppling a scandal-plagued coalition that had ruled Malaysia uninterrupted for over six decades. Voters kicked out the old regime in large part due to anger at former Prime Minister Najib Razak's involvement in a massive financial scandal that saw billions looted from state coffers.

Mahathir, now 95, became prime minister for a second time, and Anwar was released from jail, where he had been serving a sentence after being convicted of dubious sodomy charges. But the government collapsed amid tensions between rival factions over whether Mahathir would stick to a promise to hand power to one-time nemesis Anwar, and Muhyiddin seized power without an election.