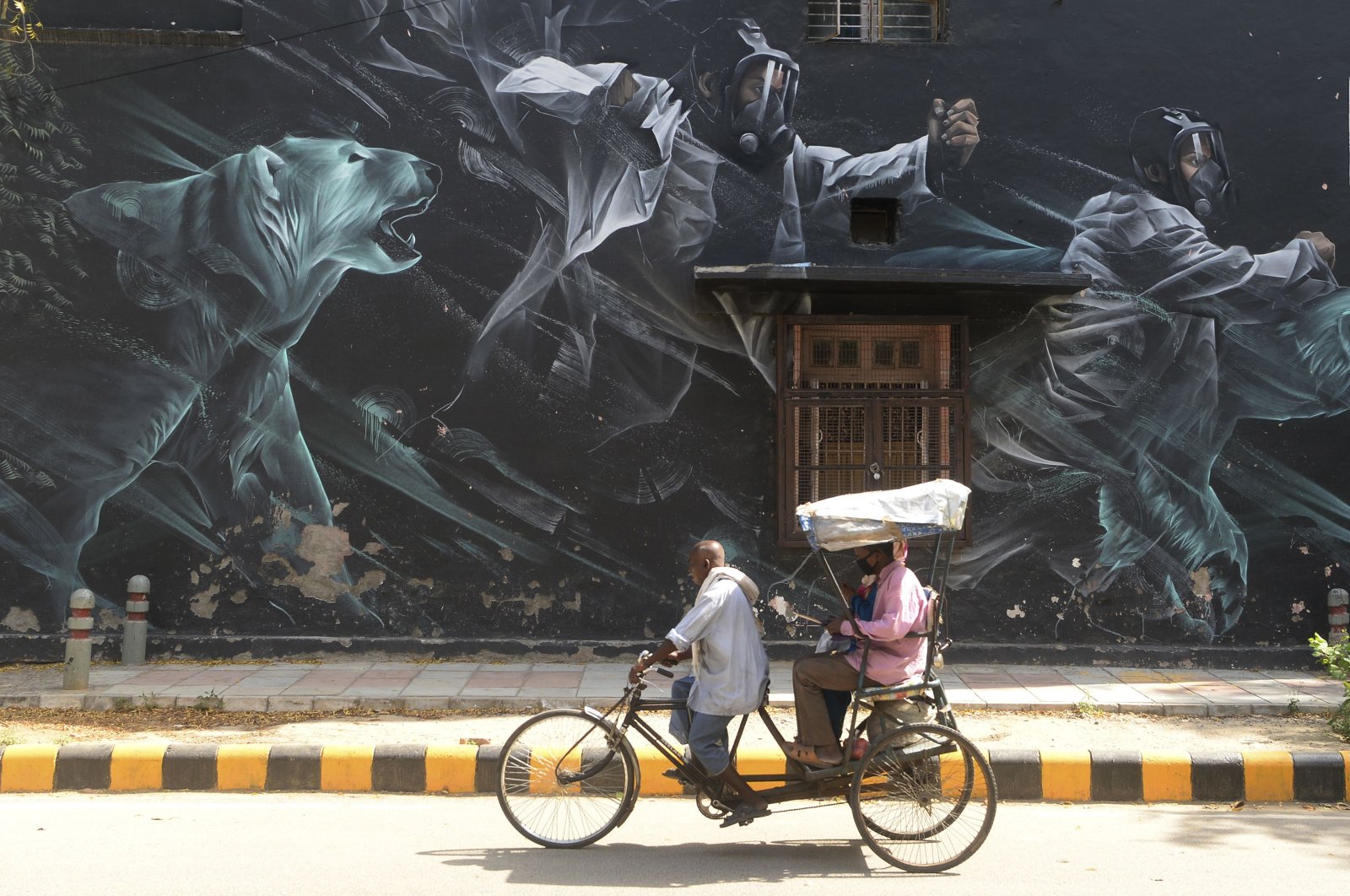 A rickshaw driver carries passengers wearing facemasks past a mural at Lodhi Art District during a government-imposed nationwide lockdown as a preventive measure against the COVID-19 coronavirus, in New Delhi on April 13, 2020. (Photo by SAJJAD HUSSAIN / AFP)
by compiled from agencies Apr 14, 2020 8:02 am
RECOMMENDED

Indian Prime Minister Narendra Modi on Tuesday extended a nationwide lockdown until May 3 as the number of coronavirus cases crossed 10,000 despite a three-week shutdown. However he said there may be some easing in restrictions in people’s movement after one week to help the poor daily wage earners and those working in the agriculture sector.

Modi, in an address on national television on the world's biggest shutdown, said the challenge was to stop the virus from spreading to new parts of the country. The lockdown will be eased only in areas which do not show any deterioration in the spread of coronavirus.

"Till May 3, every Indian will have to stay in lockdown. I request all Indians that we stop the coronavirus from spreading to other areas," he said.

The current three-week-old lockdown of the nation of 1.3 billion people had been scheduled to end at midnight Tuesday.

"From the economic angle, we have paid a big price," Modi said. "But the lives of the people of India are far more valuable." He said the lockdown and social distancing among people have worked in their favor.

Modi spoke as the number of people infected with coronavirus reached 10,363, according to government data on Tuesday, of whom 339 have died.

India has sealed hundreds of residential districts as containment zones across the country, ramping up a low rate of testing. Modi said all-out efforts are being made to ensure that no new hot spots emerged in the country.

The Prime Minister said that there was a consensus amongst India’s states on an extension of the lockdown by another two weeks. He said there was no shortage of medicines and foodgrain in the country and promised an efficient supply chain to the people.

The Health Ministry said on Monday that no new positive cases have been reported in 25 districts in 15 states for the past 14 days.