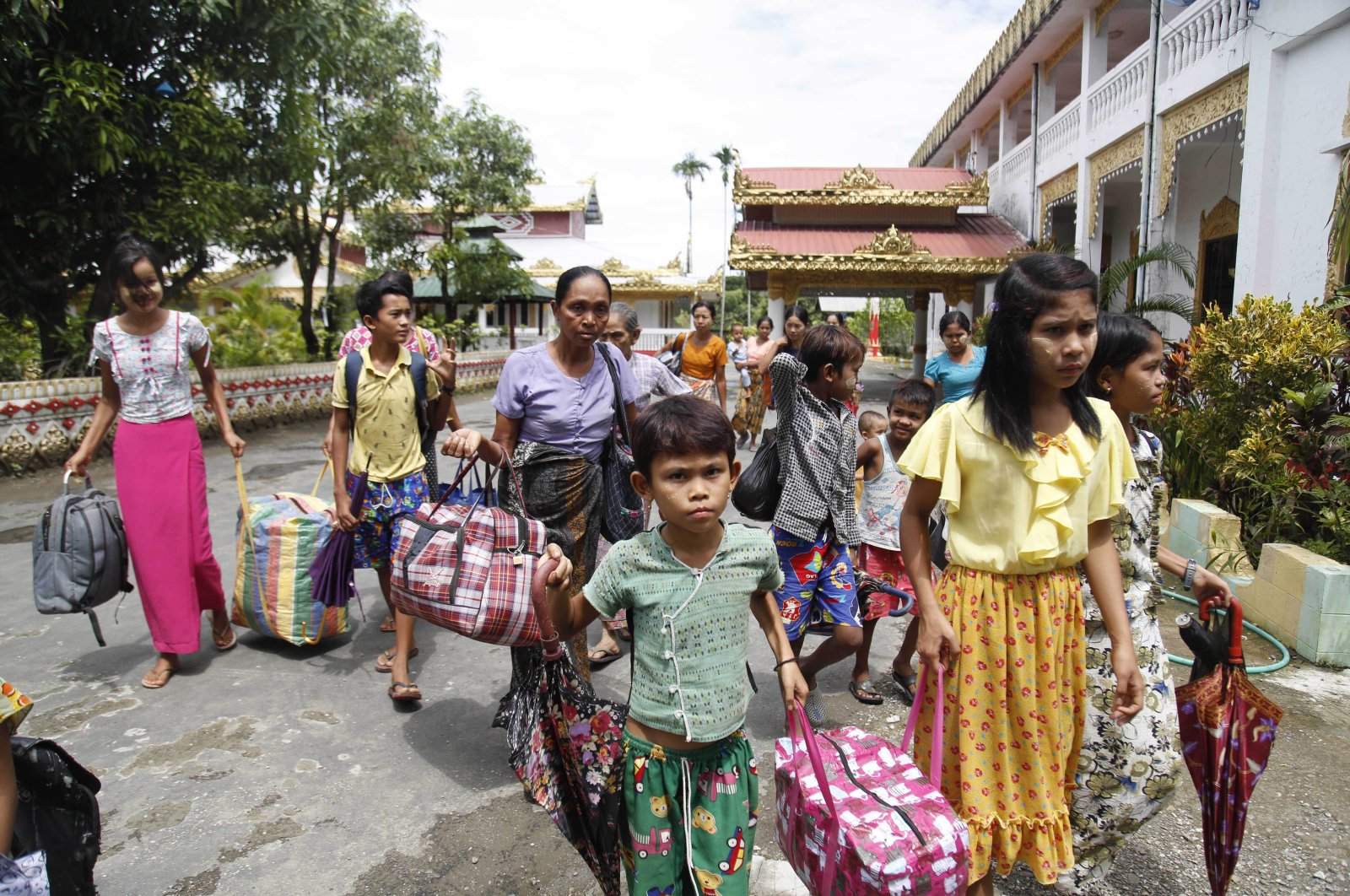 A 7-year-old boy was among at least 19 people killed by the Myanmar military in a series of recent "indiscriminate" airstrikes in the country's northwest, Amnesty International said in a report Wednesday.

The boy died along with at least 11 other people in air raids in mid-March in Paletwa, Chin state, according to witnesses' testimonies collected by the rights group.

This attack and others amount to war crimes, Amnesty said, recommending that the U.N. Security Council refer the escalating situation to the International Criminal Court.

"While Myanmar authorities were urging people to stay at home to help stop COVID-19, in Rakhine and Chin states its military was burning down homes and killing civilians," said Nicholas Bequelin, Amnesty International's Asia-Pacific director.

The military has been battling the Arakan Army (AA) – a rebel group seeking more autonomy for ethnic Rakhine Buddhists – in Myanmar's Rakhine and Chin states since January last year.

Scores of civilians have been killed in the area and tens of thousands displaced. The two sides have traded allegations of abuse.

This, the group said, was fueling resentment and conflict because tax revenues went straight to the central government and bypassed Rakhine, one of the poorest regions in Myanmar.

The area is home to more than 10,000 civilians, and local sources report they are either fleeing or are trapped by the ongoing conflict, the U.N. said.

Urging both parties to "take urgent measures to spare civilians," the U.N. also called for them to respect international humanitarian law as well as reiterating the need for a cease-fire with the ongoing global pandemic.

The statement comes after local authorities issued a call last week to residents of more than 40 villages to evacuate ahead of "clearance operations."

The term was used in 2017 before the army waged a brutal crackdown in Rakhine state against the Rohingya Muslim population.

More than 750,000 Rohingya fled to neighboring Bangladesh, carrying accounts of violence that have led to charges of genocide against Myanmar at the U.N.'s top court.