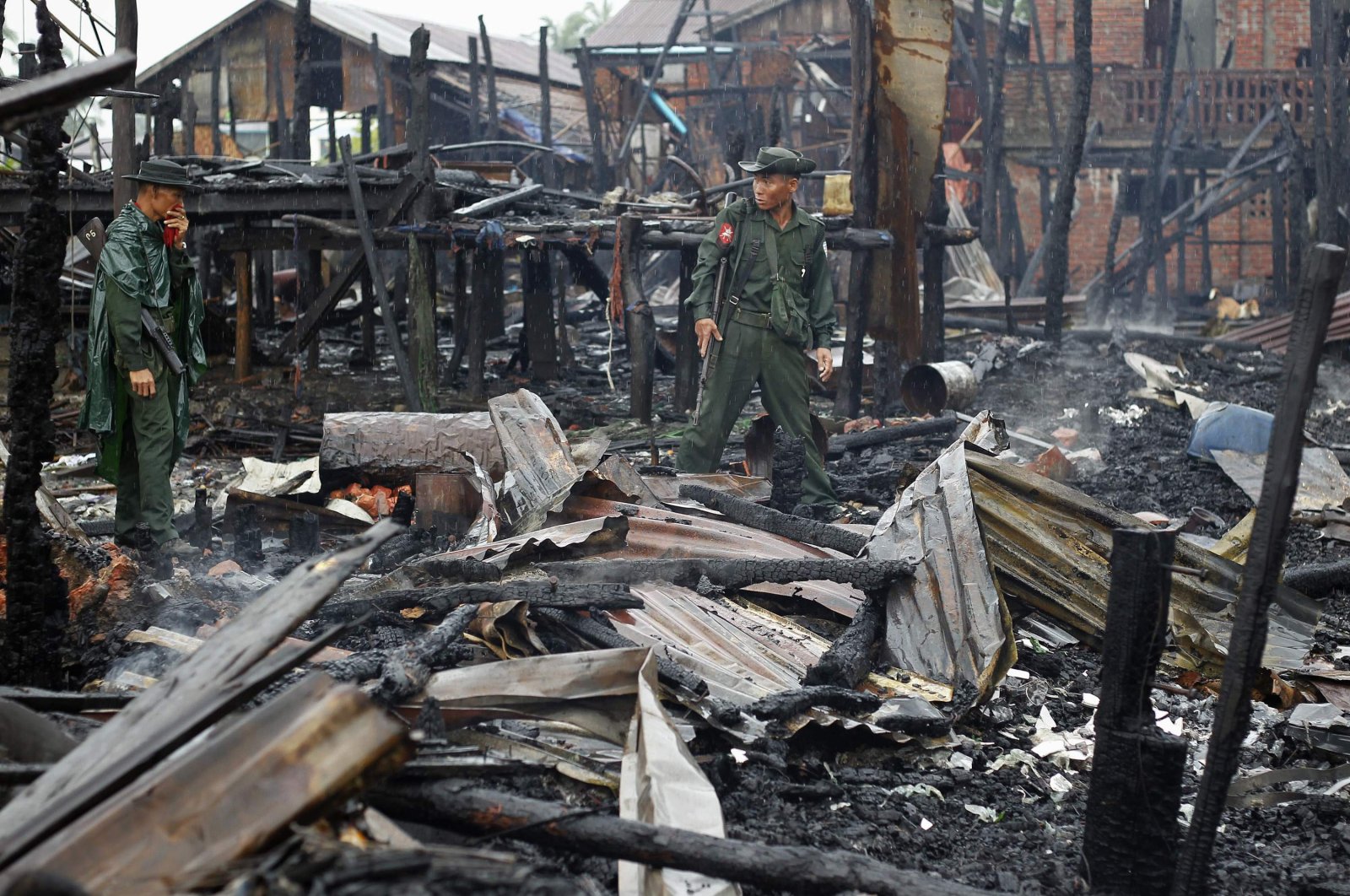 Myanmar's military has conceded its troops abused prisoners in Rakhine State after a video of soldiers battering blindfolded detainees spread on social media, a rare admission of wrongdoing by a force often accused of acting with impunity.

The video, which emerged on Sunday, shows plain-clothed men punching and kicking the heads of handcuffed and blindfolded detainees.

The five detainees had been arrested on suspicion of being Arakan Army (AA) insurgents and were being transferred to Rakhine state capital Sittwe by boat on April 21 when the incident occurred, according to the army chief's office website.

Myanmar's armed forces are locked in an increasingly brutal war with the rebels, who are fighting for more autonomy for ethnic Rakhine Buddhists. Some security force members interrogated the prisoners in a way "not in accordance with the law" and action would be taken against those responsible, the statement said, without giving details on what punishments await.

United Nations rights expert Yanghee Lee last month warned Myanmar's military should be investigated for possible "war crimes and crimes against humanity" in the conflict. Lee accused the military of disappearing, torturing and killing dozens of AA suspects, as well as blocking aid and stopping injured civilians from reaching hospitals. Myanmar has denied the allegations, exchanging accusations of abuse with the AA.

Myanmar faces charges of genocide at the U.N.'s top court, a case brought after some 740,000 Rohingya Muslims fled to Bangladesh in a 2017 military crackdown in Rakhine. The country denies the charges.