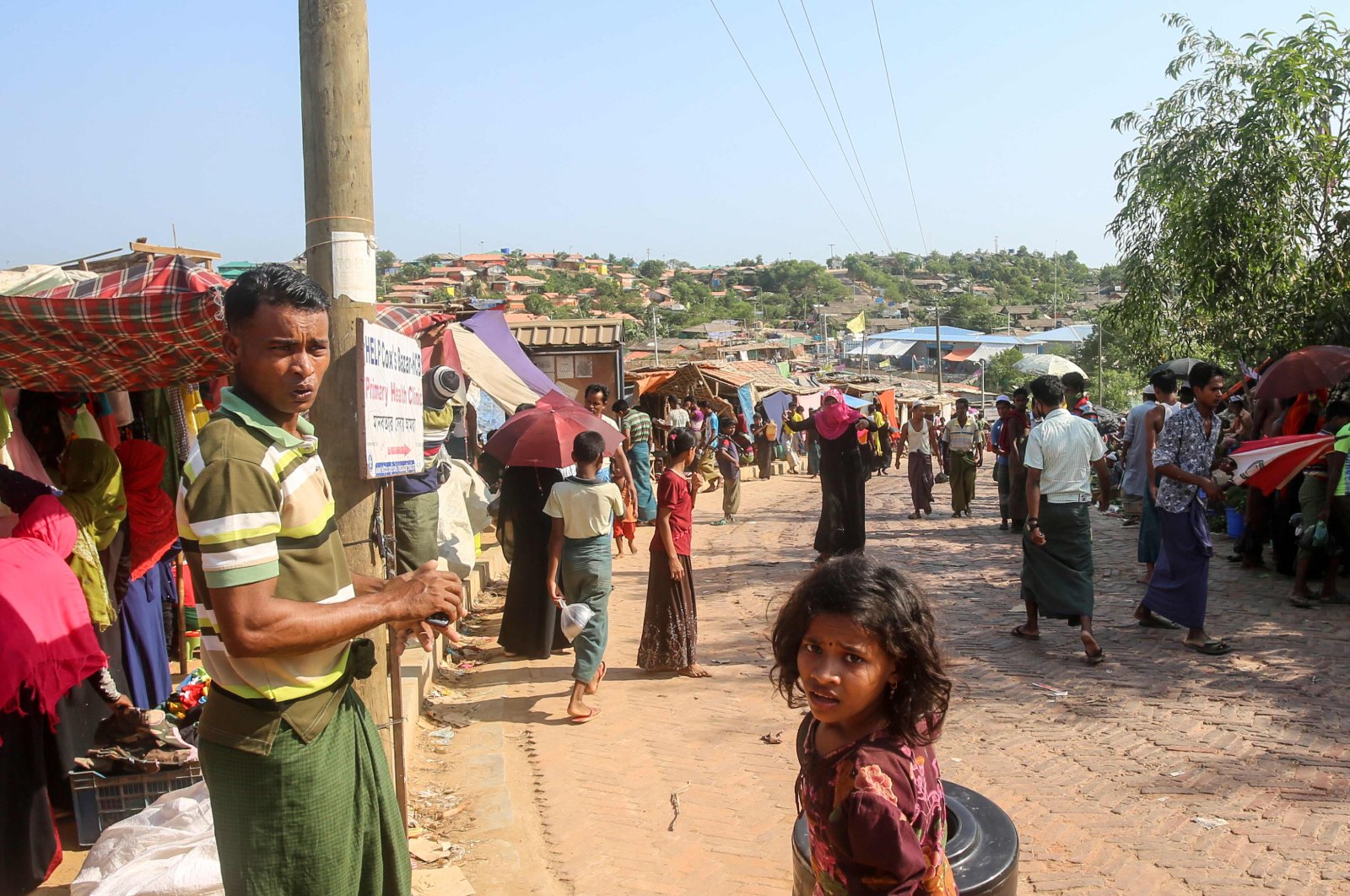 Rohingya refugees gather at a market as the first cases of the coronavirus have emerged in the area, in Kutupalong refugee camp, Ukhia, Bangladesh, May 15, 2020. (AFP Photo)
by Daily Sabah with AP May 22, 2020 1:41 pm
RECOMMENDED

Myanmar's inaction to protect the Rohingya Muslims has received international backlash ahead of the International Court of Justice's (ICJ) deadline to file the first report in the Rohingya genocide cases.

"We have yet to see any credible evidence of Myanmar taking steps to improve the situation for Rohingya. Those in Myanmar are still living in apartheid conditions and subject to the same – if not worse – restrictions they have lived under for years now, including those on their freedom of movement and access to health, education and livelihoods. After all the pressure that Myanmar has faced on this issue, how are we still at this point?" ASEAN Parliamentarians for Human Rights (APHR) noted in a statement released Friday.

Former special U.N. Rapporteur Yanghee Lee also said Myanmar did not make any progress in improving the plight of the northern Rakhine Muslims.

The Netherlands-based ICJ in January issued an order for Myanmar to implement provisional measures for the protection of the Rohingya. The court agreed last year to consider a case alleging that Myanmar committed genocide against the group, an accusation vigorously denied by the government. The court order requires Myanmar to “take all measures within its power” to protect the Rohingya from genocide, to safeguard evidence relating to allegations of genocide and to prevent “public incitement” to commit genocide.

Myanmar’s military in August 2017 launched what it called a clearance campaign in Rakhine state in response to an attack by a Rohingya insurgent group. The campaign forced about 740,000 Rohingya to flee to neighboring Bangladesh and led to accusations that security forces committed mass rapes and killings and burned thousands of homes.