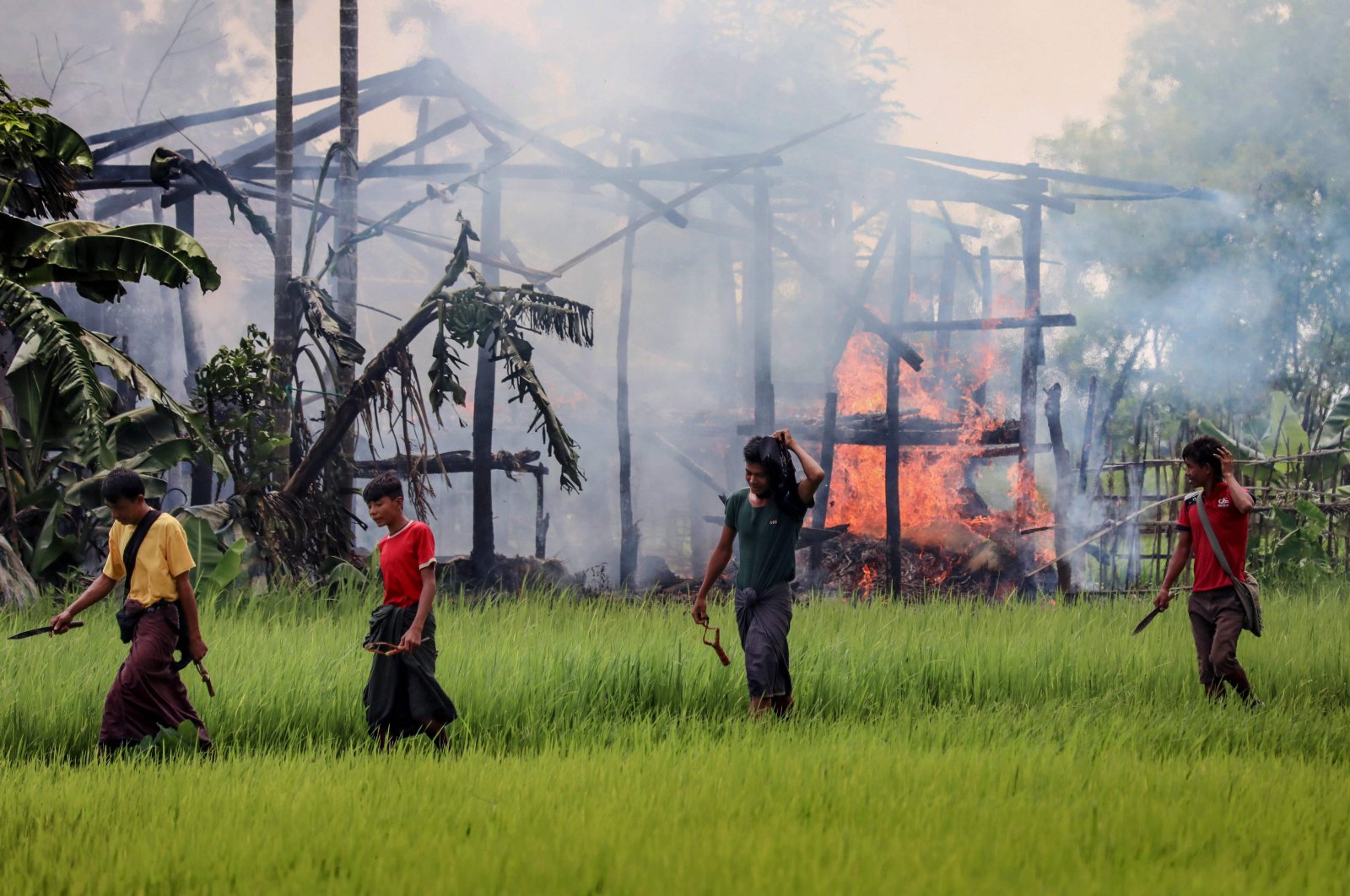 Myanmar's military has sought to undermine the confessions of two soldiers who said they were ordered to "exterminate" Rohingya Muslims before taking part in the massacre of scores of men, women and children.

The nongovernmental organization (NGO) Fortify Rights and The New York Times on Tuesday released details of the filmed interviews – seen by Agence France-Presse (AFP) – of Private Myo Win Tun, 33, and Private Zaw Naing Tun, 30, in which they described "wiping out" entire villages.

The soldiers allege they were ordered by senior commanders to "shoot all that you see and hear" during the military operations in 2017 that forced some 750,000 Rohingya to flee to Bangladesh.

Widespread atrocities have been documented by U.N. investigators and rights groups in violence that now sees Myanmar facing charges of genocide, but this is the most detailed account so far given by alleged perpetrators.

Military spokesman Brig. Gen. Zaw Min Tun admitted to BBC Burmese late Wednesday the men were former soldiers but claimed they had been "taken hostage" by the Arakan Army (AA) militant group and "threatened and coerced into confessing."

The AA is fighting the military in the country's northwest for more autonomy for ethnic Rakhine Buddhists.

Both sides frequently trade accusations of human rights abuses in a civil war raging in the same area where the military operations against the Rohingya took place three years ago.

"They voluntarily confessed about the war crimes committed by Myanmar's military," AA spokesperson Khine Thu Kha said, adding other defectors had given similar testimonies, which they have posted online in recent months.

AFP is unable to independently verify the video or statements, but Fortify Rights said it published its analysis of the confessions only after being certain they were not made under duress.

The NGO said the men appeared at the Bangladesh-Myanmar border asking for protection and have since been taken to The Hague, where the International Criminal Court (ICC) is investigating atrocities against the Rohingya.

The ICC told AFP the men are not in its custody, while the prosecutor's office said it was unable to comment to "ensure the safety and security" of victims and witnesses.

Fortify Rights is calling for the men to be prosecuted at the ICC, calling this a "monumental moment" in the Rohingya's ongoing struggle for justice.

Working in different teams in separate townships, the soldiers confessed to killing up to 180 women, men and children between them, burying many of the bodies in mass graves.

They gave the names and ranks of 17 other soldiers they say committed atrocities – including six senior commanders who ordered them to "exterminate" all Rohingya.

Myanmar's military has always justified its 2017 operations as a means to root out Rohingya militants after attacks against around a dozen security posts and police stations.

In parallel to the ICC investigation, Myanmar also faces genocide charges at the U.N.'s top court, the International Court of Justice (ICJ).

The Rohingya are widely seen as illegal immigrants in Myanmar, denied citizenship and stripped of rights.

The Arakan Rohingya Society for Peace and Human Rights congratulated the soldiers for "coming forward and beginning to repair the relationship between Rohingya and Burmese people in Rakhine state."

Ethnic Rakhine mobs were widely accused of collaborating with the military to drive the Rohingya out.

But times have now changed, and the AA has an "obvious interest in making the Myanmar military look bad," said Yangon-based analyst Richard Horsey, adding there were questions about the group's motives and the credibility of the videos.

"But that doesn't mean the soldiers themselves can't be credible witnesses or sources of information."