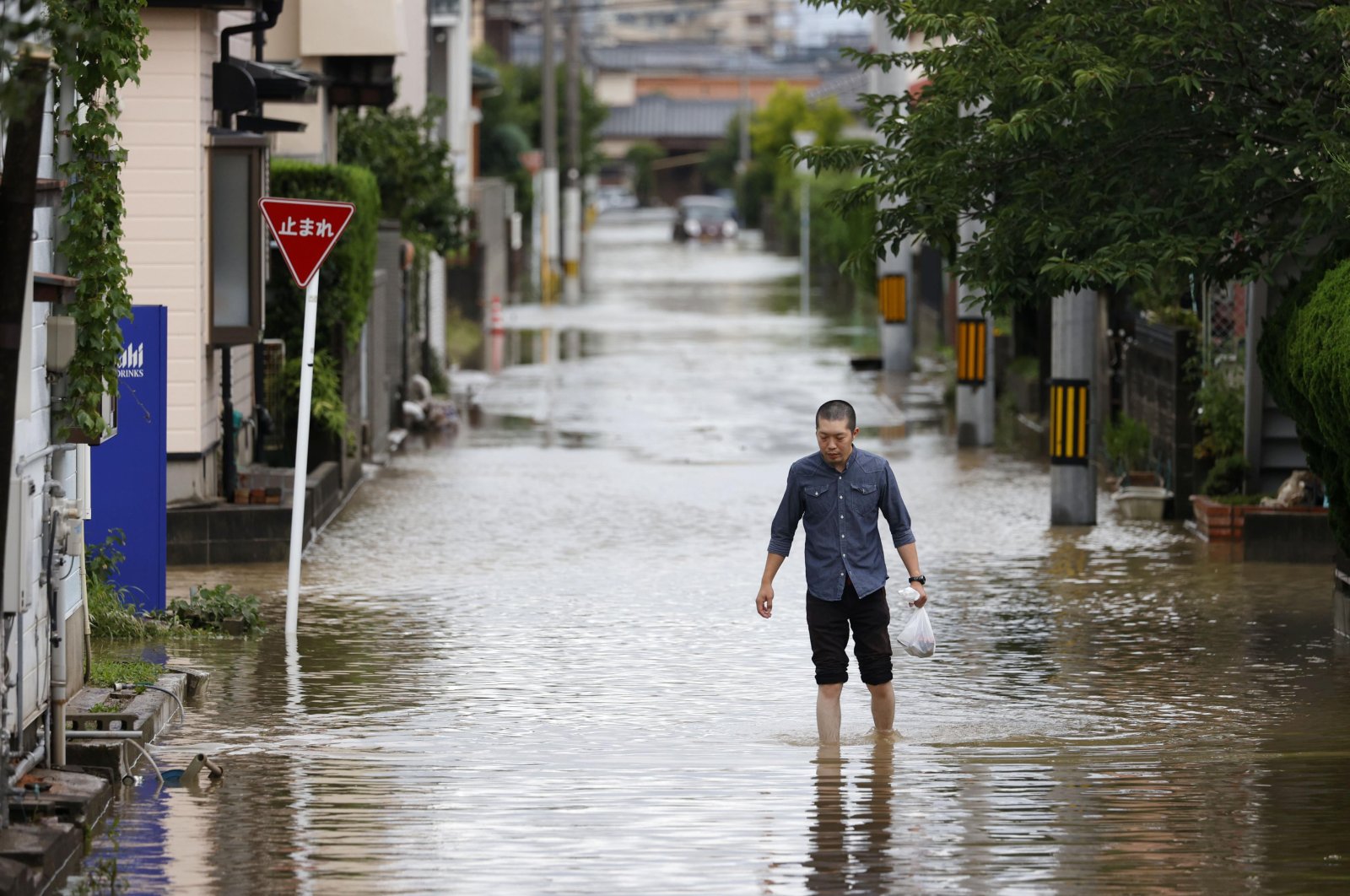 By Wednesday morning, parts of Nagano and Gifu in central Japan were flooded by massive downpours.

Footage on NHK television showed swollen water in the Hida River gouging into the embankment, destroying a national highway along the river. In another central Japanese city of Gero, river water rose to just below the bridge above it.

In a mountainous town of Takayama, several houses were hit by a mudslide, with uprooted trees and other debris scattered around. It was not immediately known what happened to their residents.

About 3.6 million people were advised to evacuate across the country, although evacuation is not mandatory and the number of people who actually took shelter was not provided.

As of Wednesday morning, the death toll from the heavy rains starting over the weekend had risen to 58, most of them from the hardest-hit Kumamoto prefecture. Four others were found in Fukuoka, another prefecture on Kyushu, Japan's third-largest island.

Though the rains were causing fresh flooding threats in central Japan, flooding was still affecting the southern region. And search and rescue operations continued in Kumamoto, where 14 people are still missing.

Tens of thousands of army troops, police and other rescue workers mobilized from around the country to assist, and the rescue operations have been hampered by the rains, flooding, mudslides and disrupted communications.

Japan is at high risk of heavy rain in early summer when wet and warm air from the East China Sea flows into a seasonal rain front above the country. In July 2018, more than 200 people, about half of them in Hiroshima, died from heavy rain and flooding in southwestern Japan.