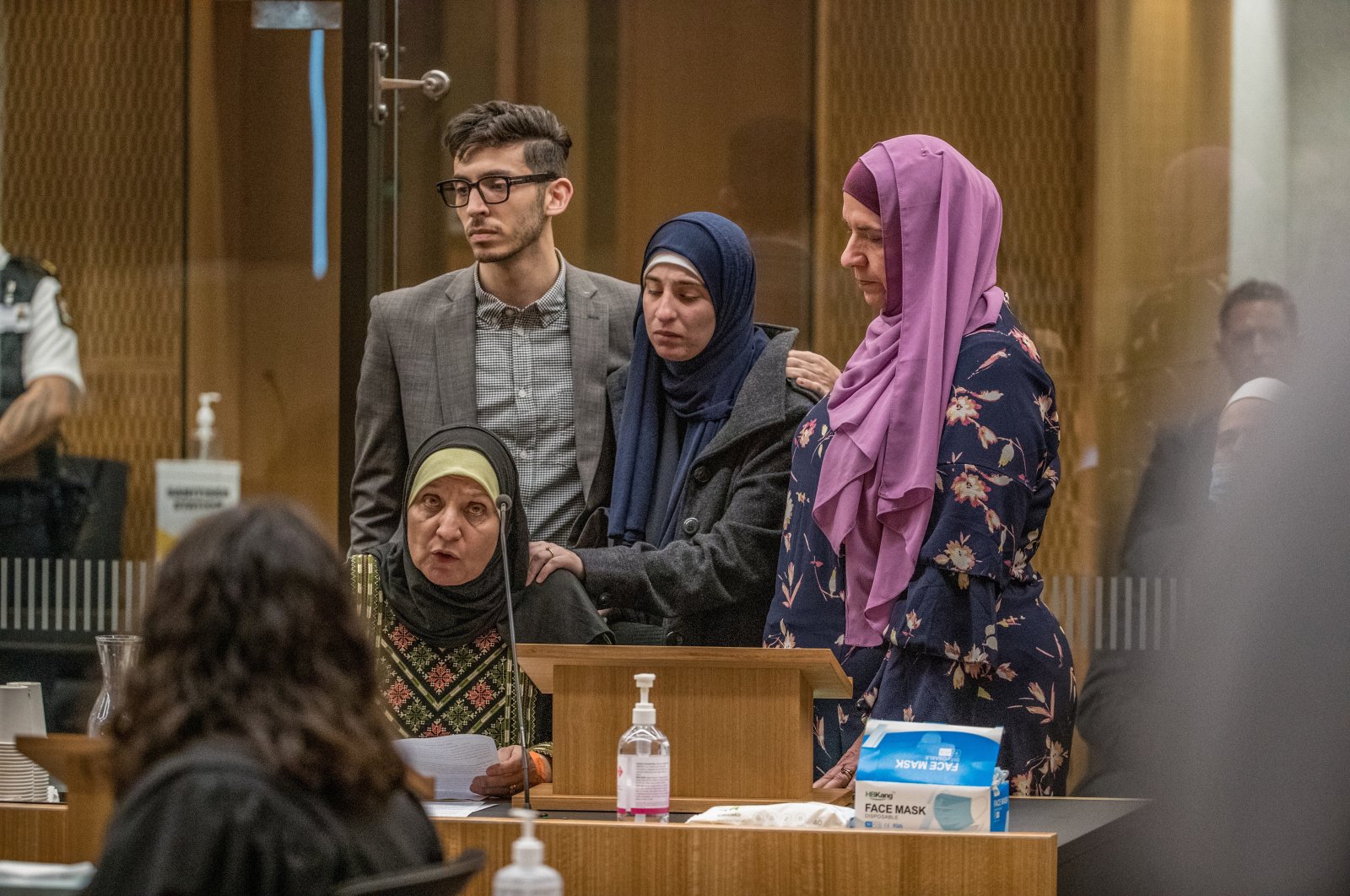 Maysoon Salama, mother of Ata Mohammad Ata Elayyan, who was killed in the shooting, gives a victim impact statement about the loss of her son during the sentencing of mosque gunman Brenton Tarrant at the High Court in Christchurch, New Zealand, Aug. 24, 2020. (Reuters Photo)
by DAILY SABAH WITH AGENCIES Aug 24, 2020 9:03 am

New Zealand prosecutors open the sentencing hearing for the Christchurch gunman and reveal gruesome details about how he had planned to attack a third mosque, aiming to kill as many people as he could

The Christchurch mosque gunman wanted to kill as many people as possible, as he had planned to attack a third place of worship and burn the mosques to the ground after slaughtering 51 Muslims at two other New Zealand mosques, a court was told at his sentencing hearing on Monday.

New details about the March 2019 attacks were outlined during the first day of a four-day sentencing hearing at the Christchurch High Court. The hearing gave some families and survivors their first chance to confront the gunman. At the opening of the hearing, prosecutors revealed chilling details of a meticulously planned attack in which Brenton Tarrant, a self-confessed white supremacist, wanted "to have shot more people than he did" while aiming to instill fear among the Muslim community.

Crown prosecutor Barnaby Hawes said that two months before the attacks, Tarrant flew a drone directly over the Al Noor mosque, recording an aerial view of the grounds and buildings and taking note of the entry and exit doors. Hawes said the gunman planned his attacks for when the maximum number of worshippers was present and that 190 people were in the Al Noor mosque for Friday prayers on the day of the attacks.

In his car, the gunman had six guns – two AR-15 rifles, two other rifles and two shotguns, the court heard. He also brought with him four modified gas containers which he planned to use to burn down the mosques after he finished shooting, Hawes said. The gunman later told police he wished he had used them.

Hawes also said Tarrant told police after his arrest that he wanted to create fear among the Muslim population. "He intended to instill fear into those he described as invaders, including the Muslim population or more generally non-European immigrants," Hawes said. Tarrant also expressed regret for not taking more lives and had planned to burn the mosques down, Hawes said. The court has heard that after attacking the two mosques – Al Noor and Linwood mosques in Christchurch, he had been driving to Ashburton, planning a similar attack, when he was stopped by police.

Tarrant has pleaded guilty to 51 murder charges, 40 charges of attempted murder and one charge of committing a terrorist act in relation to the massacre in the southern city of Christchurch, which he streamed live on Facebook, the first terrorism conviction in New Zealand’s history. He could become the first person in New Zealand to be sentenced to life imprisonment without the possibility of parole.

New Zealand abolished the death penalty for murder in 1961, and the longest sentence imposed since then has been life imprisonment with a minimum 30-year non-parole period. Justice Cameron Mander will decide on the gunman's sentence at the end of the hearing.

The attacks targeting people praying at two mosques shocked New Zealand and prompted new laws banning the deadliest types of semi-automatic weapons. They also prompted global changes to social media protocols after the gunman livestreamed his attack, where it was viewed by hundreds of thousands of people.

Since the New Zealand terror attack, many Christchurch-type terror attacks linked to far-right terrorism were reported: in Norway in August 2019 and in Germany in February 2020. Muslim communities across the world have suffered numerous hate attacks over the past years with many blaming the surge of attacks on an anti-Muslim discourse existing in the media and supported by politicians. The marginalization of Muslim communities has paved the way for public desensitization, turning it into a widespread sociological issue. Some countries have just started to report anti-Muslim attacks, while others have yet to do so.