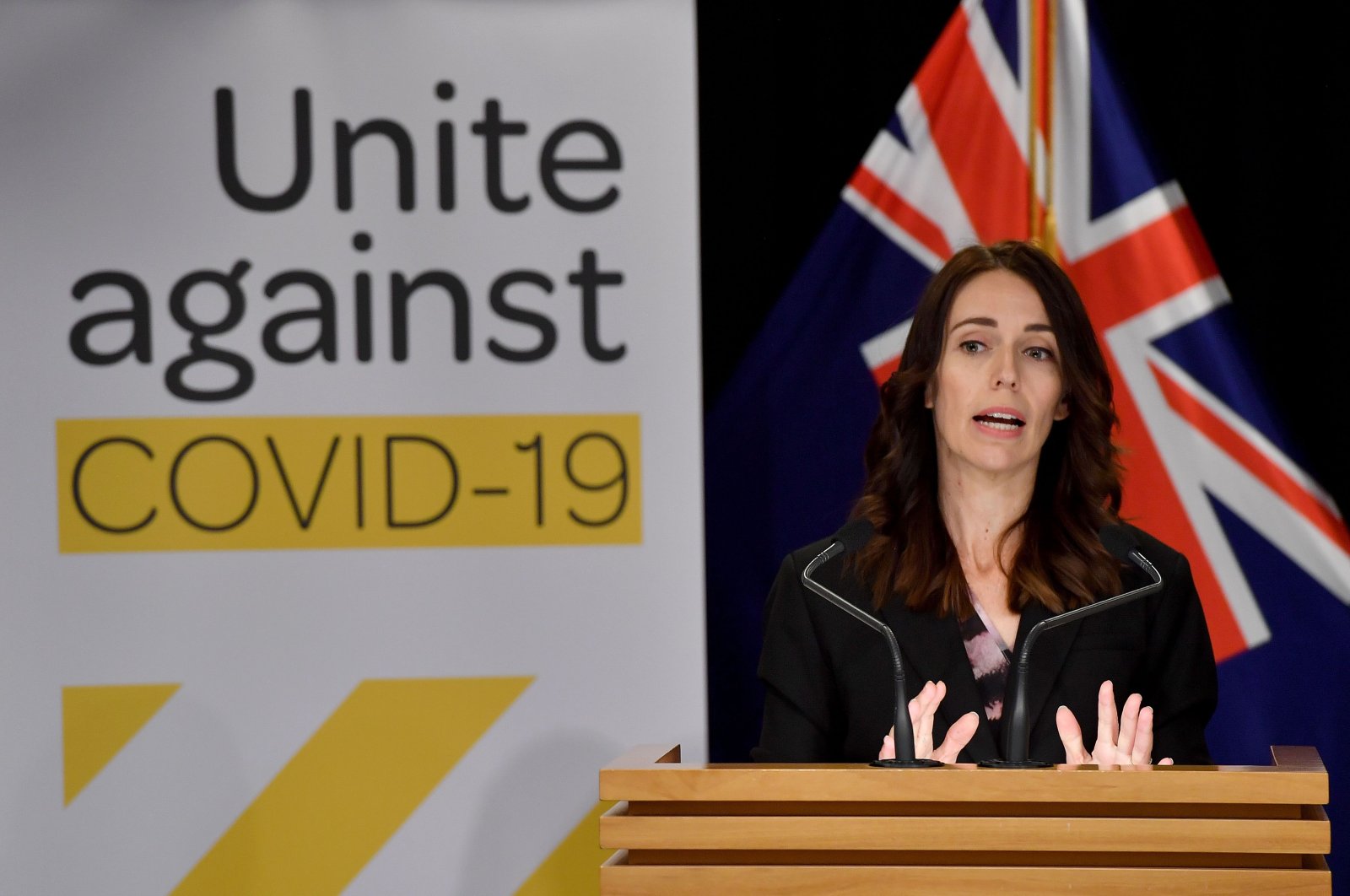 This file photo shows New Zealand's Prime Minister Jacinda Ardern speaking to the media during a press conference one day before the country went on lockdown to stop the progression of the coronavirus, at Parliament in Wellington, March 24, 2020. (AFP Photo)
by REUTERS Apr 07, 2020 12:02 pm
RECOMMENDED

New Zealand Prime Minister Jacinda Ardern said on Tuesday she had rejected her health minister's offer to resign for breaching nationwide lockdown rules as doing so would jeopardize plans to slow the spread of the new coronavirus.

Health Minister David Clark drove his family about 12 miles to the beach in the early stages of the lockdown, flouting social distancing rules, the prime minister said.

"Under normal conditions I would sack the minister of health. What he did was wrong, and there are no excuses," Ardern said in Wellington.

Instead, Ardern said she had demoted Clark to the bottom of cabinet rankings and stripped him of his role as associate finance minister.

"I expect better, and so does New Zealand," she said.

Clark said in a statement that he had been "an idiot, and I understand why people will be angry with me." He had earlier admitted to driving to a park near his home to go mountain biking.

New Zealand, with a population of nearly 5 million people, in late March started a four-week national lockdown by closing schools, restaurants, cafes and gyms and shutting its borders to most foreign nationals.

On Tuesday, it also extended for a second time the state of national emergency for a further seven days.

Ashley Bloomfield, the director-general of health, told a regular briefing the Pacific nation's new daily cases of COVID-19 dropped to 54 on Tuesday, the lowest count in nearly two weeks, taking the total tally to 1,160.

Bloomfield said he expected the number of new coronavirus infections to continue at the "same level" before declining.

New Zealand has reported one novel coronavirus-related death. A total of 65 people have recovered from the illness overnight, which was more than the total number of cases reported on Tuesday.

Despite these promising signs, officials have urged greater vigilance especially over the Easter holidays. "Now is not the time to change any of our behaviors," Ardern said.