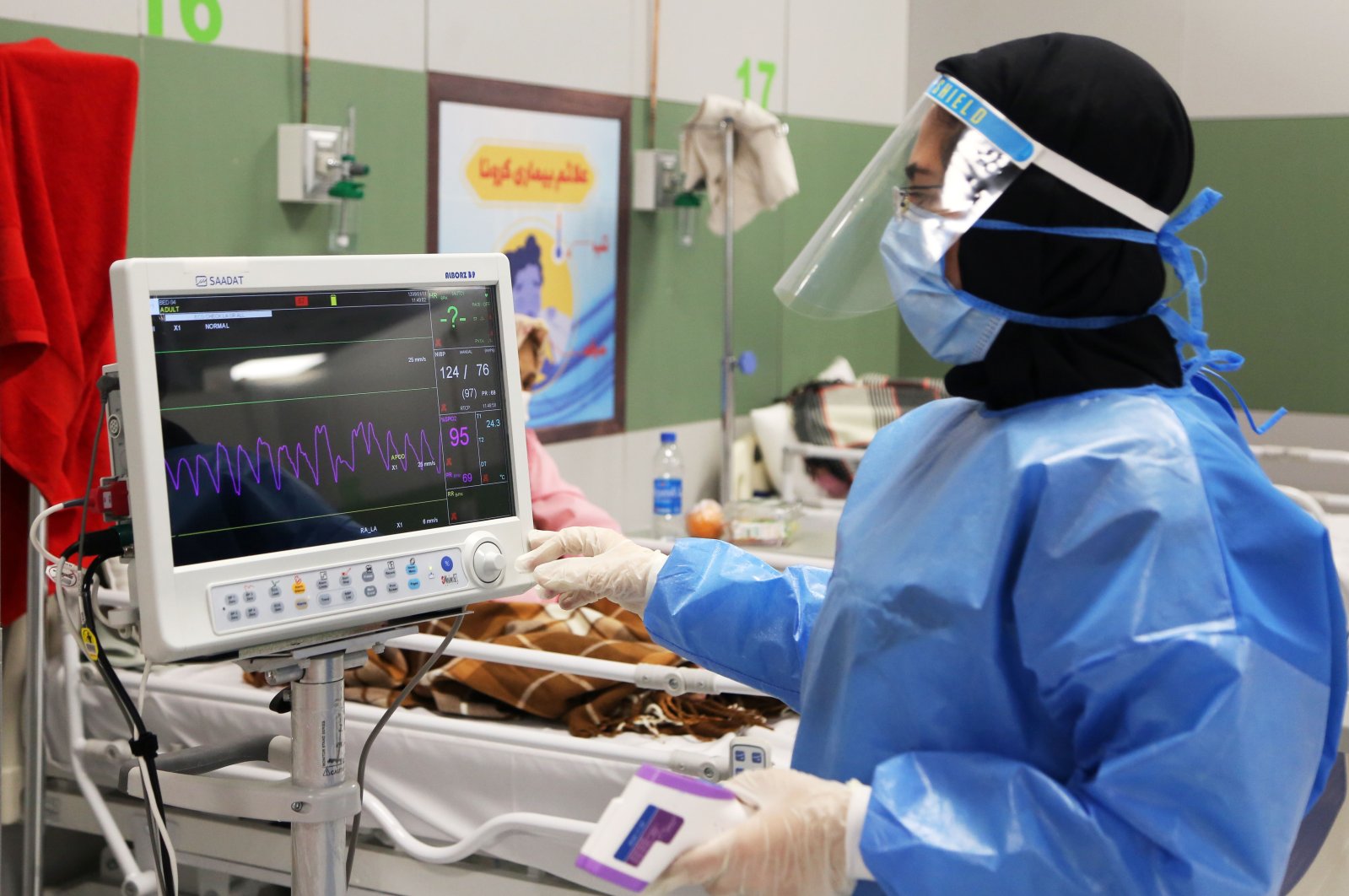 A view of the fairground of Iranmall, Tehran's largest shopping mall, after it converted into a hospital for coronavirus (COVID-19) patients, in Tehran, Iran, March, 20, 2020. (AA Photo)
by Compiled from Wire Services Mar 31, 2020 1:57 pm
RECOMMENDED

A newborn baby was diagnosed with the novel coronavirus in Iran's northeastern city of Mashhad, according to the semi-official Mehr news agency Tuesday.

The mother of the baby was suspected of carrying the virus, Mehr quoted Ahmadshah Farhat of Mashhad University of Medical Sciences as saying.

"The newborn had suffered from respiratory distress in the first 24 hours after being born. Now he can breathe without a life support unit,” Farhat added.

Previously, a 3-year-old toddler with leukemia had lost his life to the disease.

Although elderly people are at higher risk for severe illness from the coronavirus, doctors warn that the virus can also lead to fatal consequences for children and young people with weakened immune systems.

Iran's death toll from the coronavirus has reached 2,898, with 141 deaths in the past 24 hours, Health Ministry spokesman Kianush Jahanpur told state TV on Tuesday, adding that the total number of infections has jumped to 44,606.

"In the past 24 hours, there have been 3,111 new cases of infected people. Unfortunately, 3,703 of the infected people are in a critical condition," Jahanpur said.

At a meeting broadcast live, Rouhani called on Iranians to avoid public places.

The government has banned intercity travel and warned of a potential surge in coronavirus cases because many Iranians defied calls to cancel travel plans for the Persian New Year holidays that began on March 20.

But it has so far stopped short of imposing a lockdown on Iranian cities.

Iran has also banned gatherings during "Sizdah Bedar" on April 1, a nature festival during which Iranians traditionally have picnics outdoors.