No cases in Wuhan for fourth day: Is China's virus strategy a model for the world? 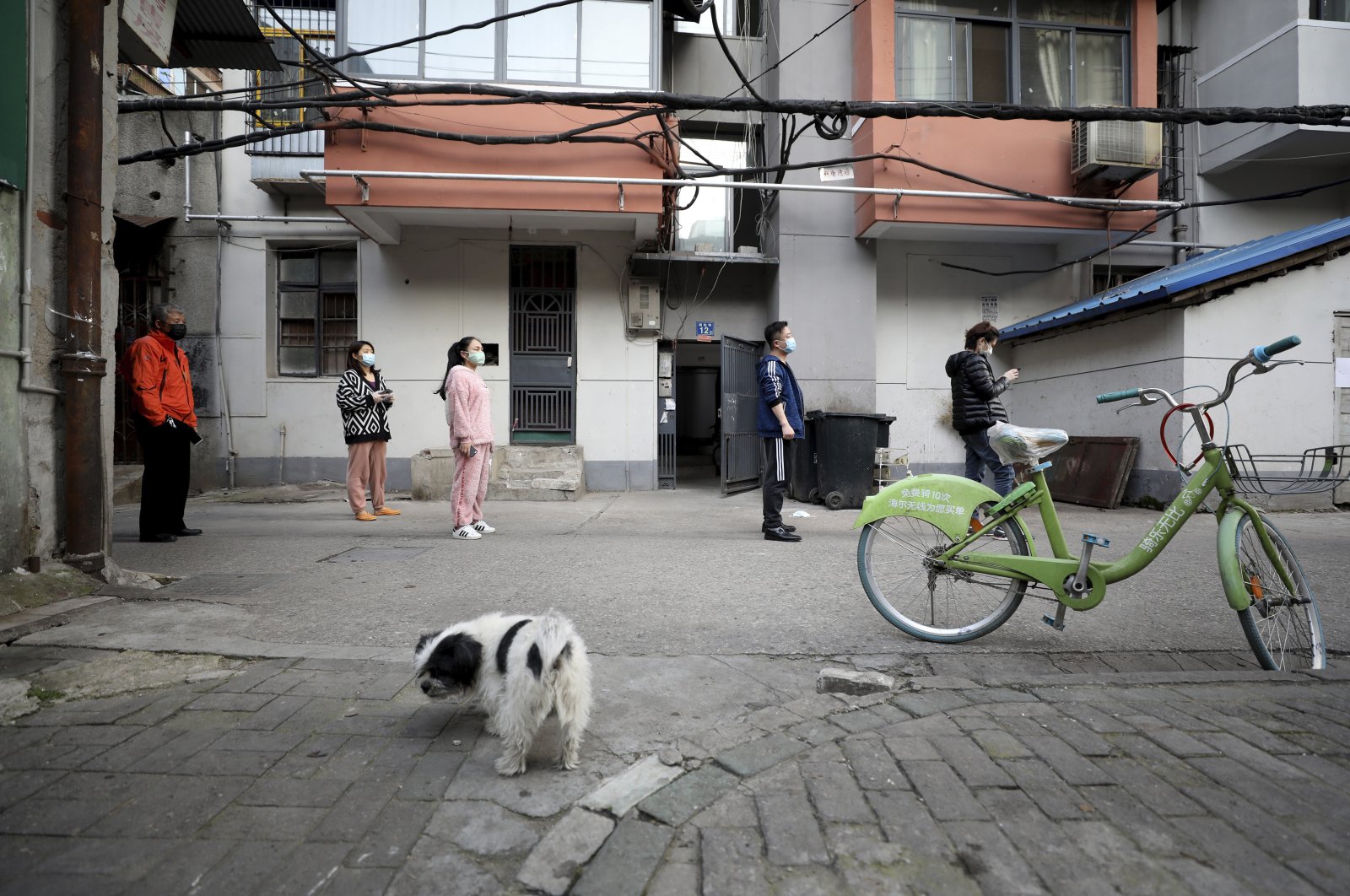 People stand in a spaced line as they wait to buy pork at the entrance gate of a closed residential community in Wuhan in central China's Hubei Province, Wednesday, March 18, 2020. (AP Photo)
by Agencies Mar 22, 2020 2:00 pm
RECOMMENDED

The head of the World Health Organization (WHO) believes China's battle with the coronavirus offers a beacon of hope, but others question whether Beijing's strategy can be followed by other countries – particularly Western democracies.
China has reported only one new local infection over the past four days, a seemingly remarkable turnaround given the chaos that surrounded the initial outbreak in the city of Wuhan.
While some experts caution against accepting Beijing's figures at face value, WHO chief Tedros Adhanom Ghebreyesus insisted Saturday that China's success "provides hope for the rest of the world."
The Chinese city of Wuhan – where the global pandemic was first detected and the first city to be locked down – went a fourth consecutive day on Sunday without reporting any new or suspected cases of the virus. Wuhan must go 14 straight days without a new case for draconian travel restrictions to be lifted, but already, a special train returned more than 1,000 car factory employees for the first time since the outbreak. Parks and other public gathering places are reopening in China as people return to work and businesses resume. However, the country has placed increasing restrictions on those coming from overseas, who have made up the majority of its new cases in recent days. All arrivals to Beijing from abroad must be quarantine themselves for two weeks in a hotel at their own expense. And beginning Monday, flights into the capital will be diverted to one of twelve airports in other cities, where passengers will have to pass a health inspection before they can fly onward to Beijing.
But China is a particular case – a centrally controlled, top-down, one-party authoritarian state that allows no dissent and can mobilize vast resources on a single issue.
Close down and contain
In January, China effectively shut down Wuhan and placed its 11 million residents in effective quarantine – a move it then replicated in the rest of Hubei province, putting 50 million people in mass isolation.
Across the rest of the country, residents were strongly encouraged to stay at home.
Hundreds of millions of Chinese live in closed residential complexes where neighborhood committees can police movement in and out – meaning compliance could be closely monitored.
"Containment works," Sharon Lewin, professor of medicine at the University of Melbourne, told AFP. "Two weeks after the closure of Wuhan, which is exactly the incubation period, the number (of infections) started to drop."
Extreme social distancing and home quarantines have been used to differing degrees by a rising number of European countries, with some U.S. states following suit.
But an Imperial College London study warned that while that strategy appeared to have succeeded to date in China, it carried "enormous social and economic costs" in the short and long term.
"The major challenge of suppression is that this type of intensive intervention package ... will need to be maintained until a vaccine becomes available (potentially 18 months or more)," it said.
If the intervention is relaxed, transmission rates "will quickly rebound," it added.
Mass mobilization
At least 42,000 doctors and medical personnel were sent to Hubei province to shore up the province's health services which had, according to public health professor Zheng Zijie from Peking University, essentially "collapsed" under the strain of the fast-spreading epidemic.
Health experts from China's Red Cross are currently helping overwhelmed hospitals in Italy, which has fast overtaken China as the worst-hit country in terms of deaths from COVID-19, the disease caused by the coronavirus.
China's ability to mobilize small armies of medical workers did not come with protection from contagion. More than 3,300 medical staff were infected across the country and 13 have died from COVID-19, according to health ministry figures published in early March.
Government efforts in China were backed by an arsenal of propaganda, with messages repeated incessantly in the media and large street banners calling on citizens to be hygienic and stay home.
In an extraordinary effort – trumpeted by state media – two new hospitals with a total capacity of 2,300 beds were built in Wuhan within 10 days.
Masks and checks
In cities, it quickly became necessary to wear a mask as apartment blocks, businesses and even parks barred entry without one.
Widespread mask use may have helped slow the spread of the disease, "particularly when there are so many asymptomatic virus carriers," Zheng said.
During the crisis, China produced up to 1.6 million N95 respirator masks per day, according to the official Xinhua news agency. These are considered the most effective protection but need to fit correctly and be changed often.
To boost detection rates, temperature checkpoints were installed outside buildings and shops, or in public places.
"If it's higher than 37.3 degrees Celsius (99.1 Fahrenheit), you are put in isolation," one guard at the entrance to a park in Beijing told AFP.
And in the high-tech country where privacy is limited, many localities require citizens to show a QR code on their phone that rates them as "green," "yellow" or "red".
This assessment – based on tracking of whether they visited a high-risk zone – is now an entrance requirement for many businesses.
Government announcements have made clear that the coding system will remain in use in some form even after the pandemic subsides.