No possibility of talks with India without ending Kashmir 'atrocities,' Pakistan says 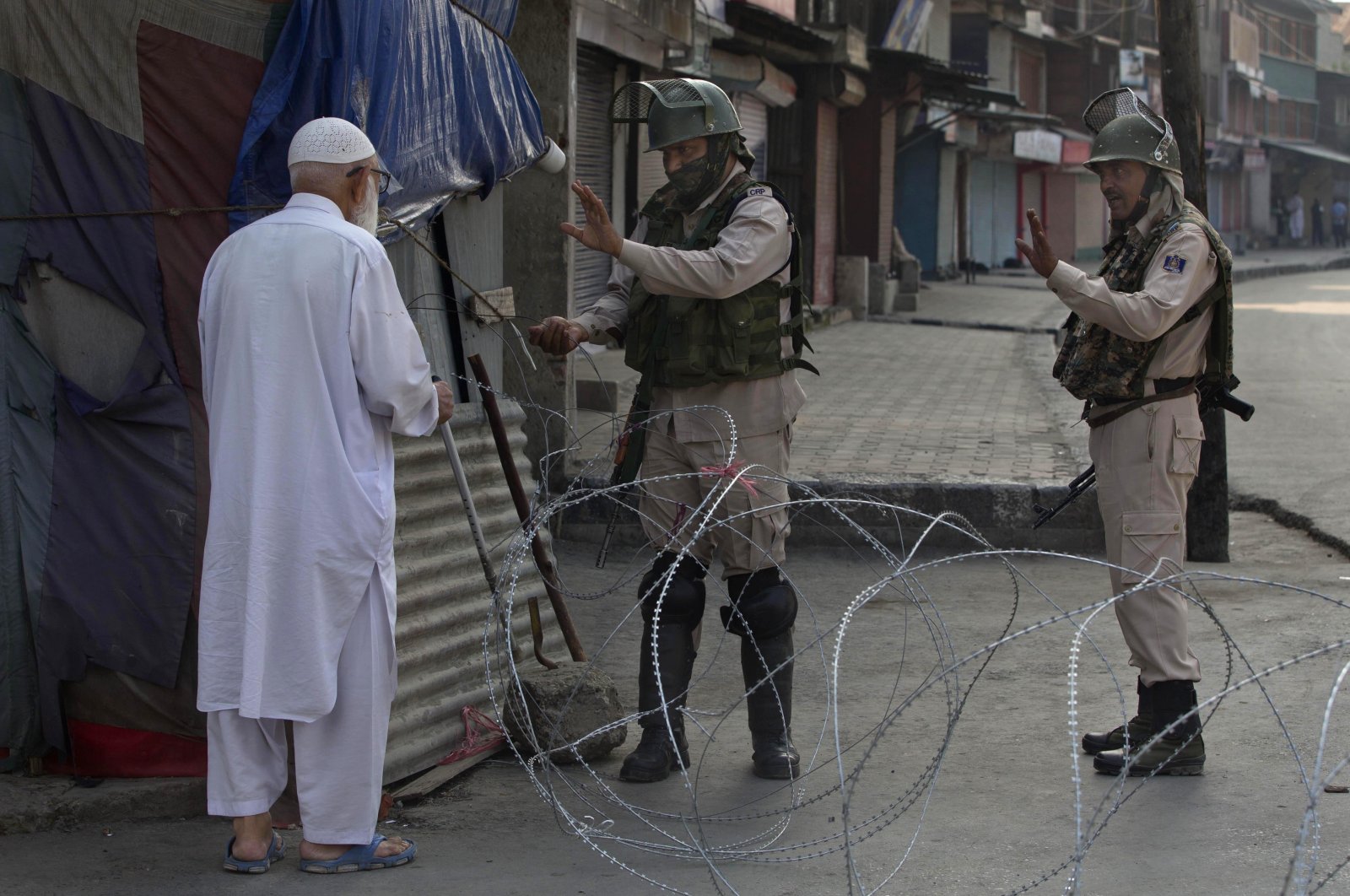 An elderly Kashmiri man is stopped at a temporary checkpoint set up by Indian paramilitary soldiers during a lockdown in Srinagar, Indian-controlled Kashmir, Aug. 23, 2019. (AP Photo)
by Anadolu Agency Dec 23, 2020 4:42 pm
RECOMMENDED

Pakistan on Wednesday dismissed the possibility of an "immediate" resumption of talks with longtime rival India amid rising tensions between the two nuclear neighbors over the lingering Kashmir dispute.

Foreign Minister Shah Mehmood Qureshi told reporters in the northeastern city of Multan that Islamabad does not foresee the resumption of long-stalled peace talks or "backdoor" diplomacy with New Delhi given the current circumstances.

Qureshi said his country could consider the resumption of talks after India stopped its "atrocities" in disputed Jammu and Kashmir and reverses its decision to scrap the region's long-standing special status made in August last year.

India suspended negotiations after the killing of 19 Indian soldiers in a brazen militant attack in Indian-administered Kashmir in September 2016, for which New Delhi accused Islamabad but Pakistan denied the charge.

Muslim-majority Kashmir is held by India and Pakistan in parts but has been claimed by both in full since the partition in 1947.